A rampant Borussia Monchengladbach side head to Veltins Arena to take on newly-promoted Schalke 04 in a tasty-looking Bundesliga showdown.

A thrilling matchday-one fixture at RheinEnergieStadion filled with VAR controversy saw Schalke 04 go down 3-1 to Cologne on their Bundesliga return. A painful loss at Cologne overshadowed Schalke’s 5-0 demolition of non-league Bremer in the first round of the DFB-Pokal. Keen to rediscover their feet and avoid another swift return to Germany’s second tier, the ‘Miners’ are looking to avenge a brace of three-goal margin defeats to Gladbach in their last Bundesliga season. There’s not much the hosts can hope for, though, considering they’ve only won one of their four previous Bundesliga H2Hs on home turf (D1, L2), failing to get on the scoresheet in two of the most recent three. On top of that, they’ve only conceded more goals to Bayern Munich (226) than against Gladbach (159) in their Bundesliga history.

In the meantime, Borussia Monchengladbach picked themselves up from an early 1-0 deficit to dismantle 10-man TSG Hoffenheim 3-1 on the opening weekend and build on an overwhelming 9-1 DFB-Pokal success over non-league Oberachern. ‘Die Fohlen’ are under pressure following last season’s disappointing 10th-place Bundesliga finish, but to start a new top-flight season with back-to-back wins for the first time since 1995/96 would be a statement of intent. However, in order to achieve that, Gladbach will have to defy their traditionally dismal away league starts that have seen them rack up just one triumph on their opening road trip across the last ten seasons (D4, L5). Daniel Farke’s side can find some comfort knowing they’re unbeaten in four away league matches (W2, D2). 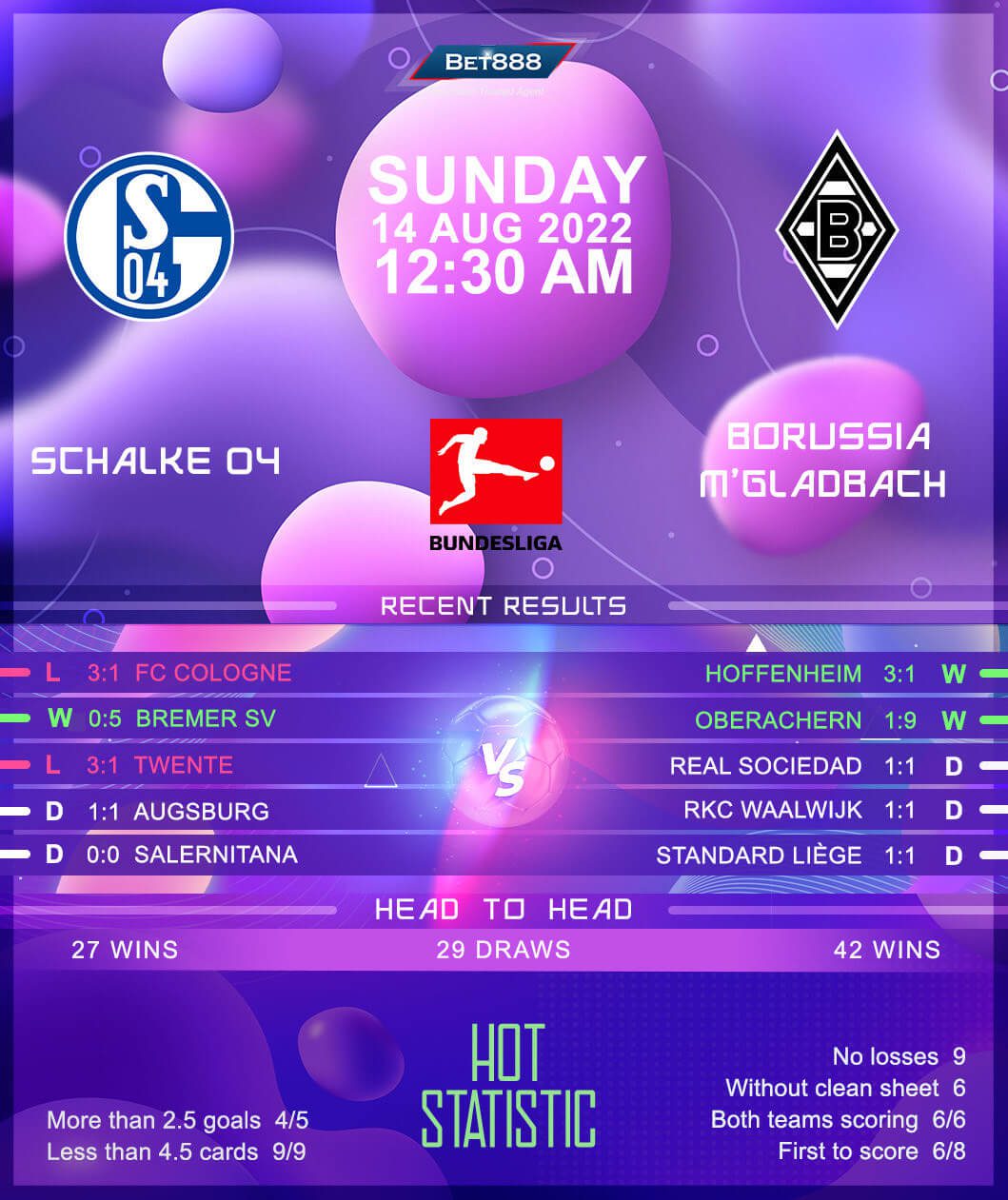