Eusebio Di Francesco might be the principal reason why Sassuolo struggled throughout this season and the main cause for Roma’s impressive run in Serie A as well as in the Champions League. The very man who managed to bring the Black and Greens to the European stage was the one to eliminate Barcelona from the most prestigious club competition in Europe, as he is set to face off his old club at the Mapei Stadium in the last seasons’ fixture. The Giallorossi have already cemented their Champions League spot and can approach this encounter without pressure, while Sassuolo managed to avoid relegation thanks to some outstanding displays over the last few weeks following a painful first half of the season and a majority of the spring part of the campaign. After a stunning victory over Inter at the Giuseppe Meazza last weekend, Giuseppe Iachini’s side hope to implement the same efforts against the Rome heavyweights and close the season in a positive atmosphere.

Pol Lirola, who sustained a meniscus injury last month has yet to return to full fitness and will skip the game. On the other hand, Rick Karsdorp, Bruno Peres, and Grégoire Defrel are struggling with physical problems, and therefore all should remain on the sidelines. 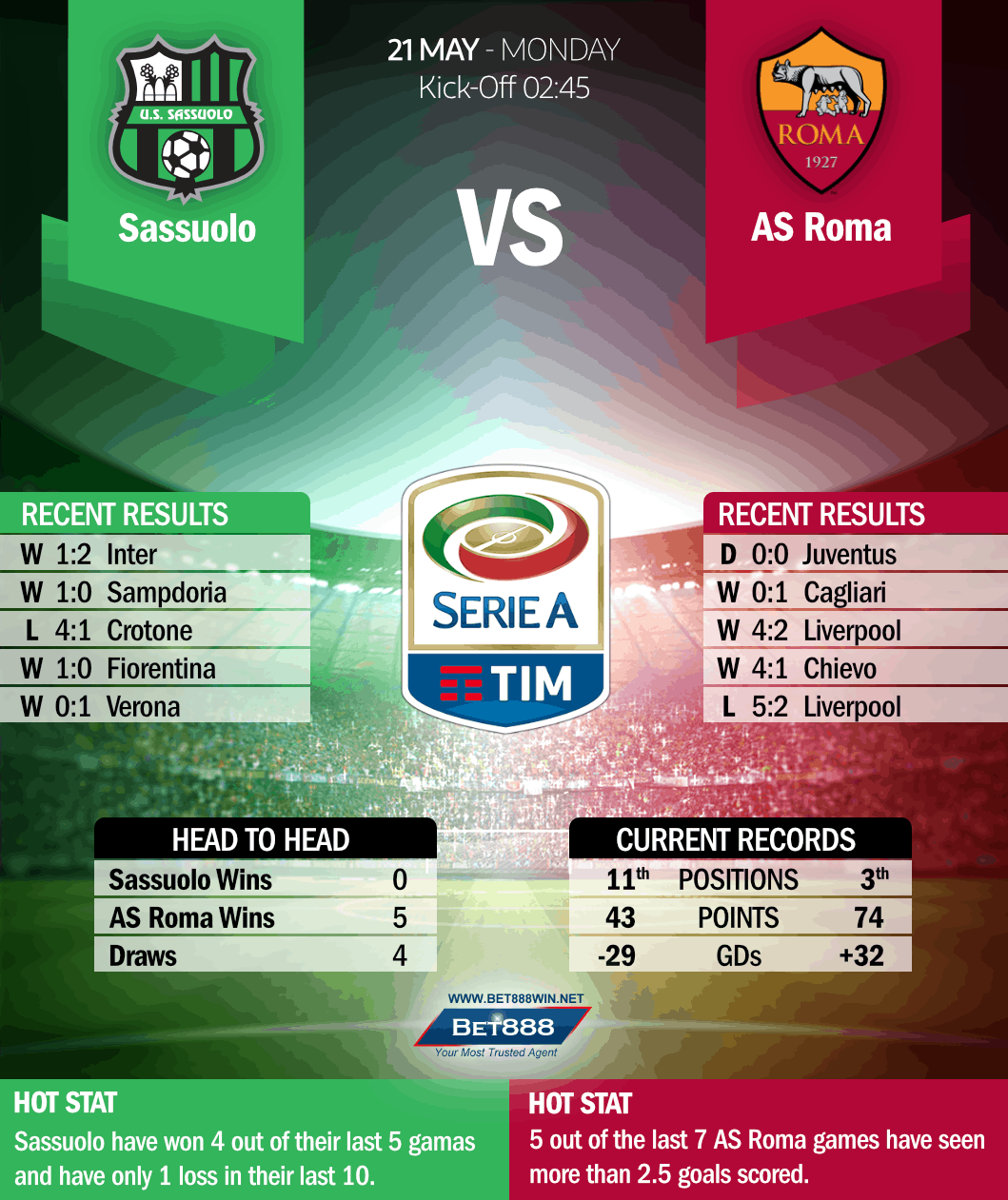