At the Mapei Stadium in Reggio Emilia, Sassuolo will host Inter Milan in their opening match of the 2018-2019 Serie A campaign. After a disastrous last season where they barely managed to avoid relegation despite spending the majority of the year in the danger zone, Roberto De Zerbi hopes to drive his team forward after taking charge of the team earlier in the summer. The Black and Greenshave had a quite little time to prepare for the new campaign, as they only featured in two summer friendlies, securing two comfortable victories, 11-0 over the Italian lower-league side Real Vicenza and 1-0 over Sudtirol, after which they have eliminated Ternana in the first round of the Coppa Italia by five goals to one. On the other hand, the Nerazzurri have played out two straight draws, with Zenit St Petersburg and Sheffield United before taking the trip to the United States where they have took part in the International Champions Cup. Luciano Spalletti’s side has started the USA tour with a tight defeat to Chelsea on penalties before achieving two narrow 1-0 triumphs over Lyon and Atletico Madrid. However, the encounter against Sassuolo is going to be Inter’s first competitive game after the end of the last season.

Mauricio Lemos and Federico Peluso are struggling with injuries and will likely skip the match for the home team, while the visitors should arrive at full strength. 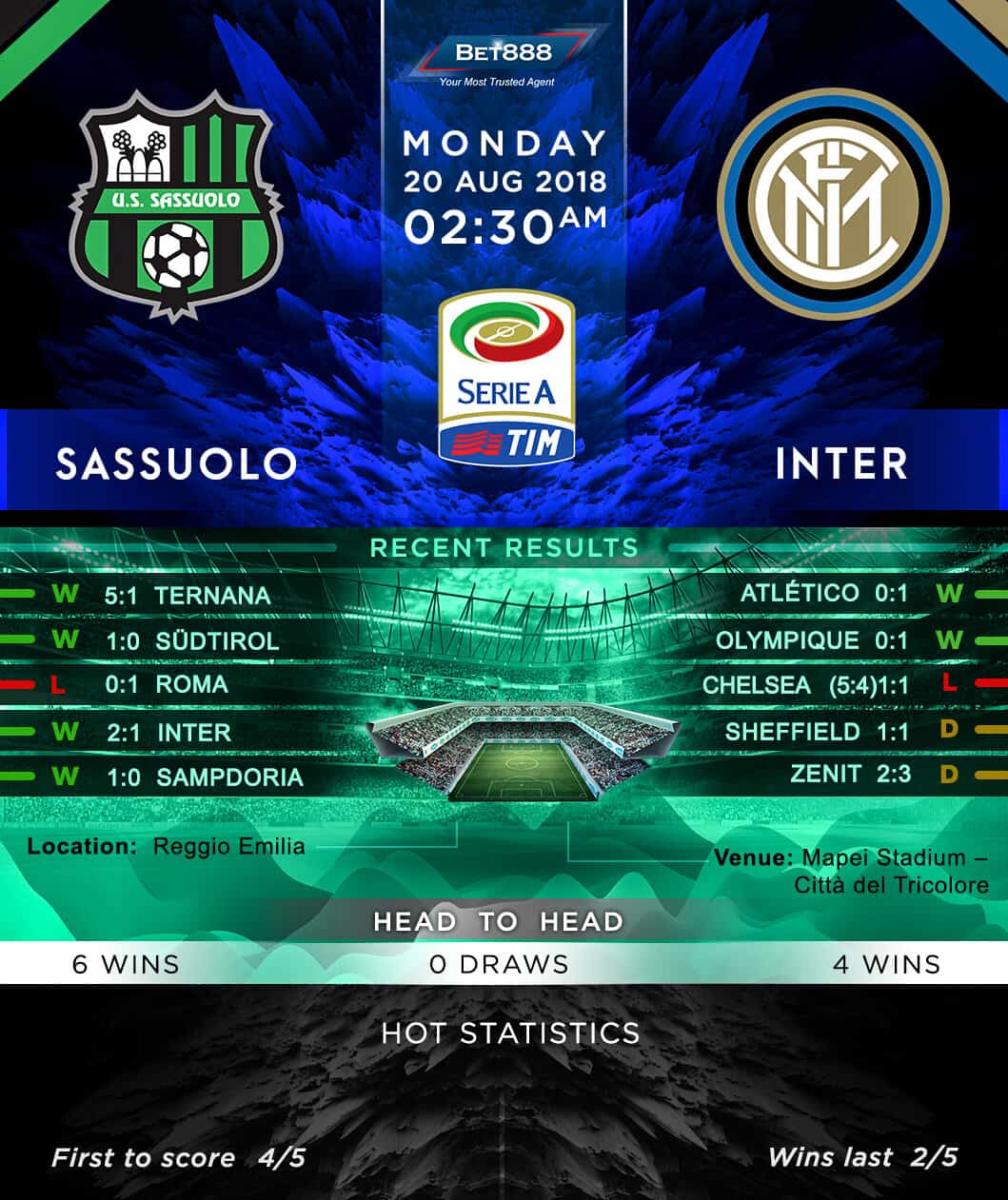