Probably the greatest wonders of the season so far, Sassulo, will be hosting the struggling AC Milan side at the Mapei Stadium –Città del Tricolore, hoping to maintain an impressive form.

After barely securing top-flight status last season, many people have thought Sassuolo will be involved in another relegation battle, but Roberto De Zerbi in the summer, the Neroverdi changed their skin notably. The Black and Greens have clinched all three wins in front of the home crowd, defeating Inter Milan, Genoa, and Empoli, as they look to extend a stunning streak this weekend. Juventus were the only team to beat the club based in the province of Modena so far, while Cagliari were the only side to snatch a draw against De Zerbi’s players.

The Rossoneri, on the other hand, are not having the best of times, considering they are currently are sitting on six points in 14th place, with just one victory after the opening six fixtures. The Devils are yet to grab a victory on the road, as they’ve played out two draws while suffering a 3-1 defeat to Napoli. Additionally, after capturing a 2-1 win over AS Roma, Gennaro Gattuso’s side recorded three straight draws, including the one with Empoli in midweek, and in case of another failure, the former AC Milan midfielder might have to find a new engagement.

The hosts will enter the game at full strength, while Andrea Conti, Ivan Strinic, and Mattia Caldara probably won’t be playing for the visitors. As for Patrick Cutrone and Gonzalo Higuain, their condition will be further reviewed in the coming hours. 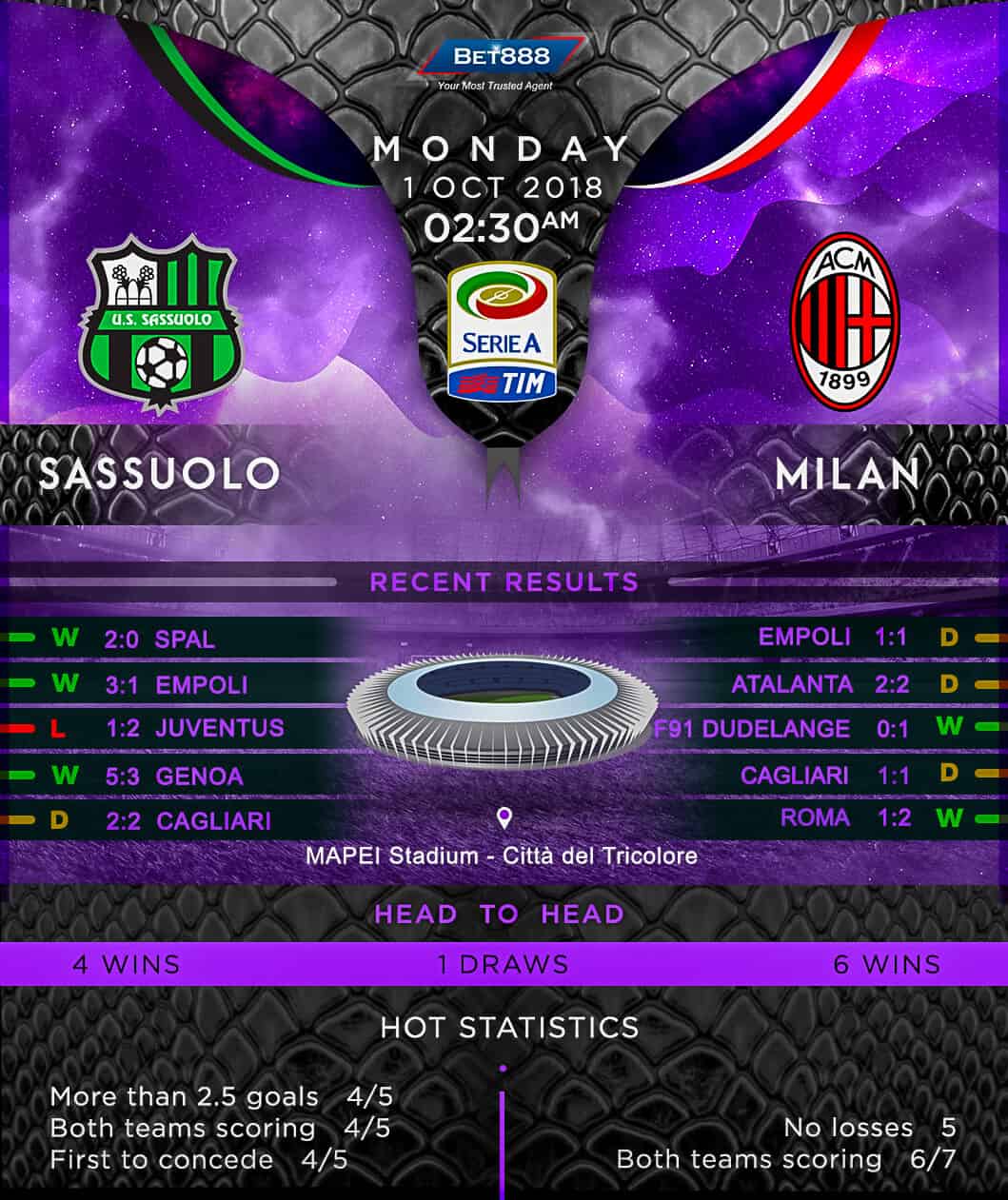