The two sides that are going through a tumultuous period are set to face-off against each other at the Stadio Luigi Ferraris, with Sampdoria preparing to take on Sassuolo.

With a record of four wins, two draws, and two losses, the Blucerchiati are currently sitting in the 5th place with a +8 goal difference. Marco Giampaolo’s players secured two wins out of a total of four home games so far, but they’ve only kept a clean sheet once in the process. However, Sampdoria’s principal problem this season is their attacking performance, as they’ve only scored two or more goals in a match three times in the opening eight Serie A fixtures.

In the meantime, after a strong start of the season, which saw them wrapping up seven points in the three premier rounds, the Neroverdi have slowed down a bit, having lost three out of the following five league matches. Additionally, Roberto De Zerbi’s players have problems securing points away from the Mapei Stadium, as they’ve already suffered two road defeats while securing one triumph in the process. Moreover, the Modena-based side would like to end a 2-game losing streak in Serie A, looking to keep pace with the top-5 teams.

Vasco Regini, Gabriele Rolando, and Riccardo Saponara are sidelined by physical problems. As for the visitors, Giangiacomo Magnani and Marlon are struggling with minor injuries, while Rogerio won’t be available after picking up a straight red card against Napoli. 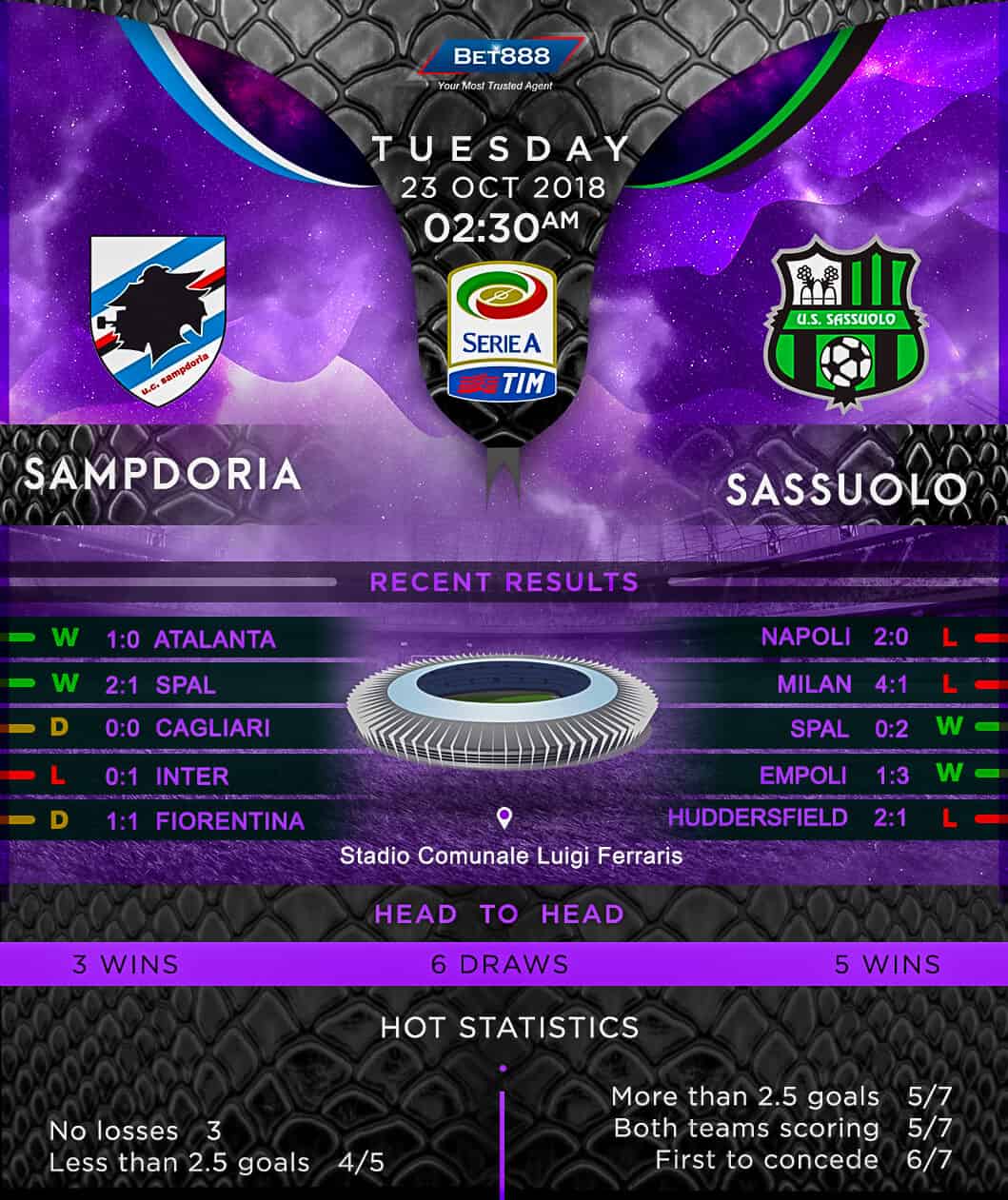