Russia will host Turkey at the Fisht Olympic Stadium in Sochi, in the UEFA Nations League Group B/2 return leg.

The 2018 FIFA World Cup hosts have shown some impressive performance during the final tournament, where they’ve managed to eliminate one of the leading favorites,Spain. Although the Sbornaya suffered the quarter-finals elimination by Croatia, they’ve maintained a promising spell in the initial pair of post-World Cup duels. Stanislav Cherchesov’s side wrapped up a 2-1 win in Trabzon in the Nations League opener, after which they’ve demolished the Czech Republic by five goals to one in an international friendly. Meanwhile, in midweek’s warm-up match, Sweden managed to hold Russia to a 0-0 draw.

On the other hand, although the Crescent-Stars suffered just one defeat in 2018, they were held to a total of four draws in the last eight matches, including the one with Bosnia and Herzegovina three days ago. After clinching an encouraging 3-2 victory over Sweden, Mircea Lucescu has the opportunity to bring his team to the top of the group in case they walk away from the Fisht Olympic Stadium with all three points. However, Turkey will have to improve defensively in case they look to challenge Russia, as they’ve only kept a clean sheet twice this year, once in the past seven games.

AS Monaco’s Aleksandr Golovin, Valencia’s Denis Cheryshev, and Zenit’s Artem Dzyuba should represent the main threat to Sinan Bolat’s goal. As for the visitors, AC Milan’s Hakan Calhanoglu, AS Roma’s Cengiz Under, and Everton’s Cenk Tosun are expected to lead the attack. 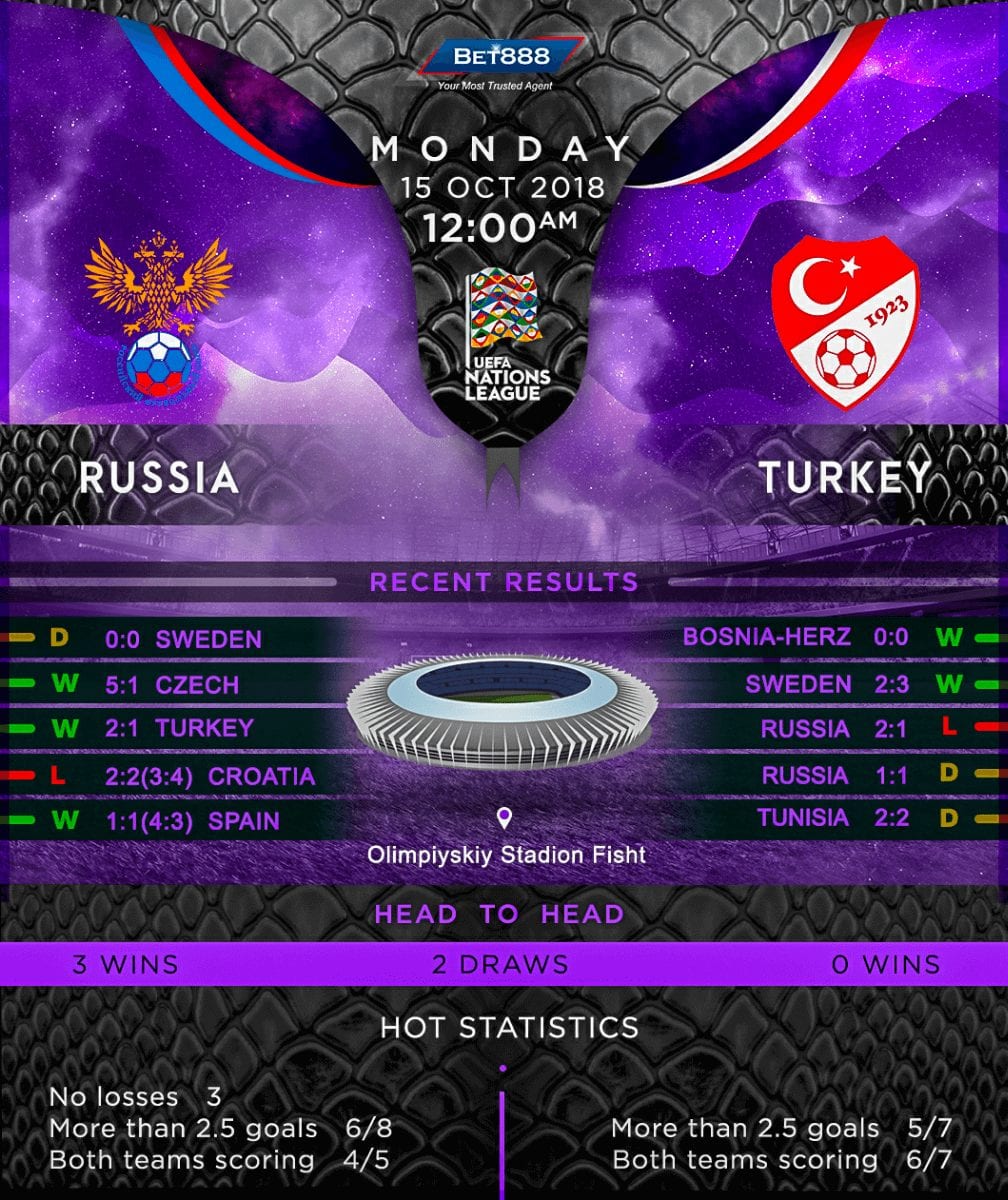