After three consecutive defeats to Brazil, France, and Austria, Russia are set to face off Turkey at the Arena CSKA in Moscow, frantically trying to secure a positive outcome to boost squad morale ahead of this summer’s World Cup. The 2018 FIFA World Cup hosts are going through a rough period with their last victory dates back to October 2017 when they defeated South Korea by four goals to one. Stanislav Cherchesov’s team are under severe pressure, as everyone in Russia expecting their national team to finally demonstrate their capabilities at the big scene, but with just two wins in the previous ten matches, the Sbornaya seem to be on their way to disappoint home fans once again. As for Turkey, they’ve finished fourth in their respective qualifying group and won’t show up at the World Cup, but the Crescent-Stars are undefeated in their last four matches, and they are hoping to extend the confident streak against the struggling Russian team.

It will be the second time in the last three years these two sides play against each other, with their previous encounter back in 2016 ended in a 0-0 draw. 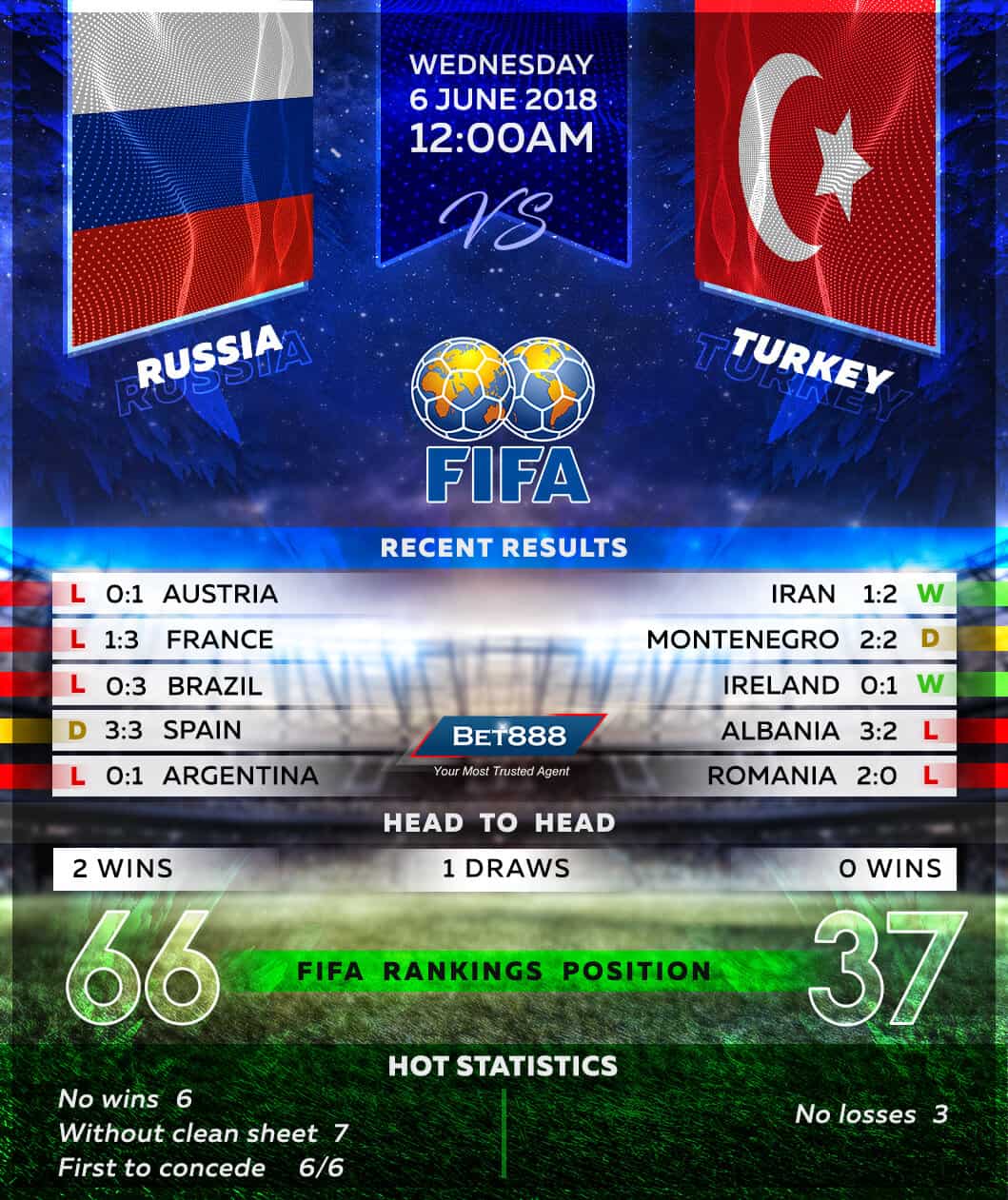