For the first time as an independent country, Russia is presented with a chance of reaching the World Cup semi-final following a stunning elimination of Spain in the first round of the knockout phase after a penalty-shoot-out, as they are ready to take on Croatia at the Fisht Olympic Stadium in Sochi in the last quarter-final encounter. The host nation calmly went past the group stage with two victories and one loss, as they comfortably defeated Saudi Arabia and Egypt, only losing to Uruguay in the process.However, Stanislav Cherchesov’s team showed off their best performance in the round of 16, when they managed to resist against Spain for 120 minutes of play, eventually defeating the 2010 World Cup winners thanks to two saves by Igor Akinfeev. On the other hand, the Blazers are one of the teams that demonstrated the best football in the group stage, finishing top of Group D with all three wins, ahead of Argentina. Zlatko Dalic’s side failed to repeat the same performance in the round of 16 though, barely securing their place in the quarter-finals by eliminating Denmark on penalties after the match ended in a 1-1 draw.

After skipping the game against the Red Fury due to a red card suspension, Igor Smolnikov will be at Cherchesov’s disposal again. As for Croatia, all players will be ready for the encounter except for Nikola Kalinic who returned home after initiating a conflict with the coach. 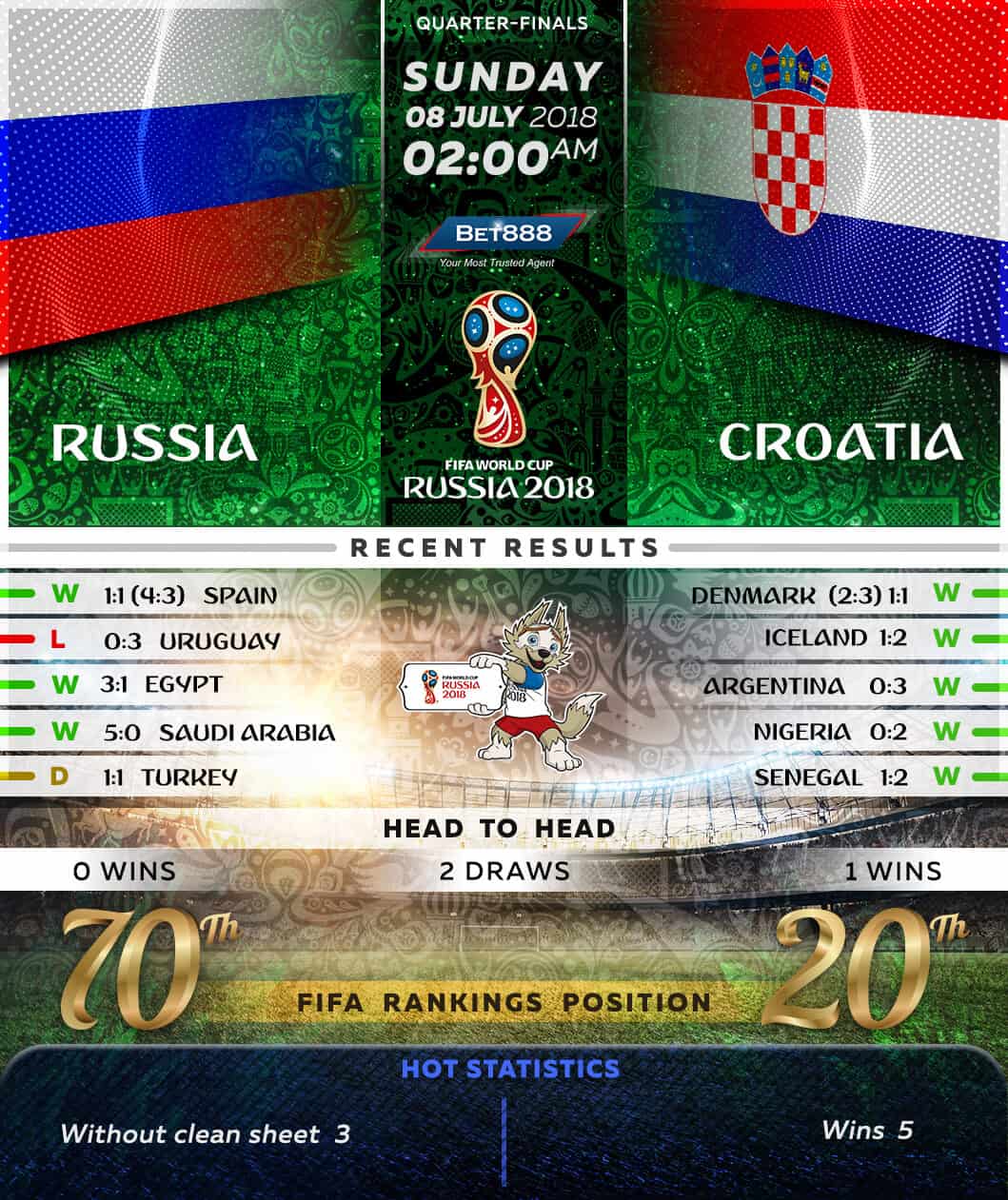