Two teams that failed to find their way to Russia are set to face each other at the Stadionul Ilie Oană in Ploieşti as Romania are ready to host Finland. The Tricolours pulled off a stunning 3-2 victory over Chile last week extending their winning streak to 3 games in a row, and they strive to maintain a good form against Finland. Although they’ve failed to impress in the qualifications, the Eagle-owls have notably improved their game over the last year or so, losing just one of their previous eleven matches. Both sides are still undefeated in 2018 although it is fair to say that Finland had some softer opponents like Jordan and Malta for instance. Nevertheless, both coaches are looking to keep up the momentum by achieving another victory in order to preserve team spirit and morale at a high level ahead of the European championship qualifications, starting next autumn.

Finland are seeking their first-ever victory over Romania, with the last encounter between these two teams back in 2015 ended in a 1-1 draw.

After fielding his best starting eleven against Chile, Cosmin Contra might opt to rest some of his top players and give some minutes to those who didn’t have many chances to play. On the other hand, Markku Kanerva doesn’t need to make calculations since this match will be Finland’s first since March. 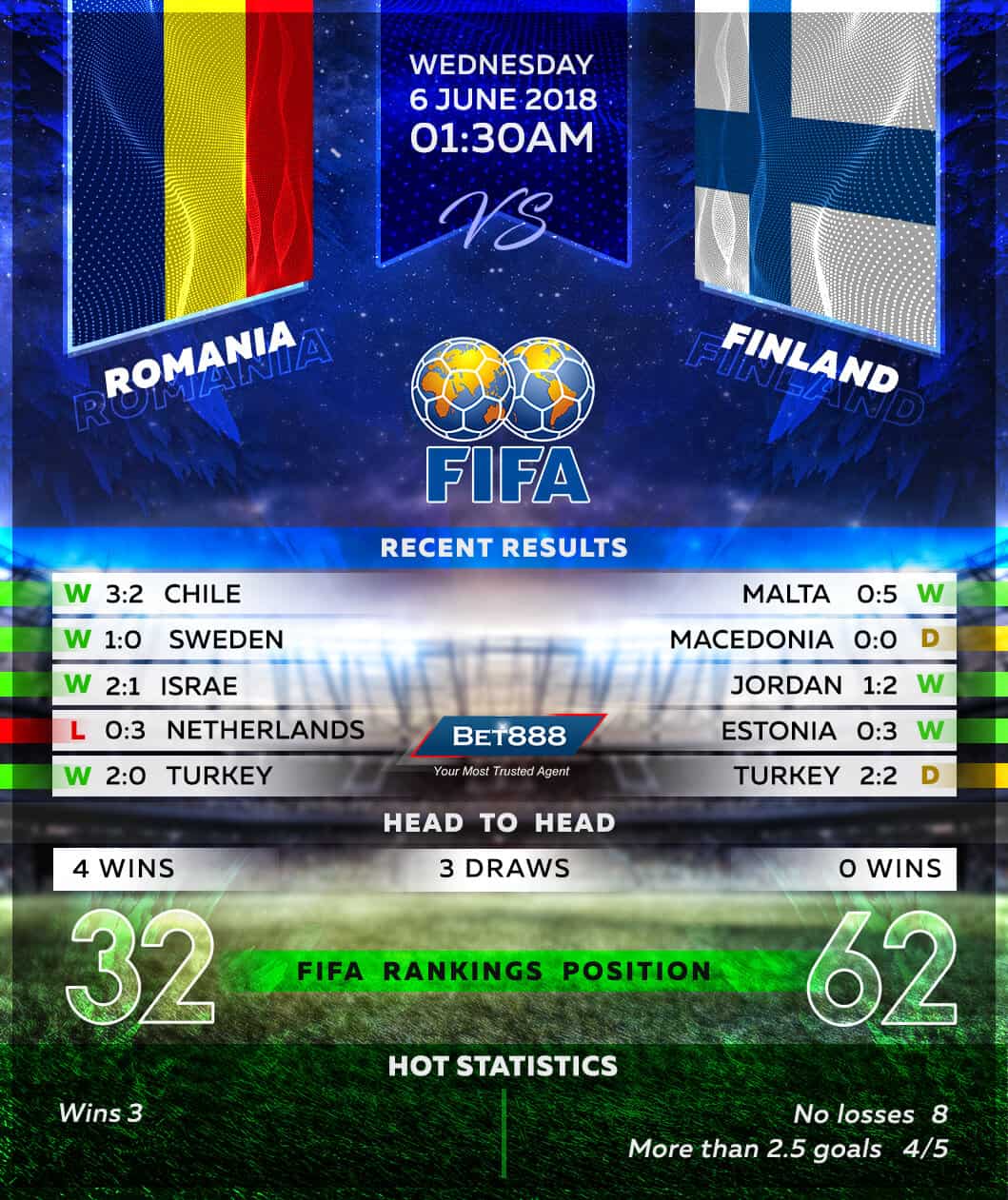