The 171st official Derby of the Capital between AS Roma and Lazio that will be taking place at the Stadio Olimpico in Rome this weekend will be one of the most attractive football events this week.

Widely-recognized as one of the fiercest derbies in the world, a duel between the Giallorossi and the Biancocelesti will see two teams fighting for the same goal but under pretty different circumstances.

After a promising start of the season, and a 1-0 win over Torino on the road, La Lupa have failed to achieve a victory in the next four league matches, losing two times while playing out two draws. Even in the Champions League opener, the capital-based club lost 3-0 to Real Madrid, failing to show any signs of confidence. However, Eusebio Di Francesco has managed to keep his job safe for the time being after demolishing Frosinone 4-0 in midweek although a potential failure against the arch-rivals might change things dramatically.

On the other hand, the Eagles have clinched four successive league victories, including a 2-1 win over Udinese in midweek, as they currently sit on the third place. Simone Inzaghi’s efforts to encourage his players after a slow start and two straight losses, to Napoli and Juventus,have finally started to give positive results, as Lazio also defeated Apollon in the Europa League opener.

Di Francesco won’t be able to count on Diego Perotti, while Inzaghi won’t have Jordan Lukaku and Stefan Radu, as all are sidelined with injuries. 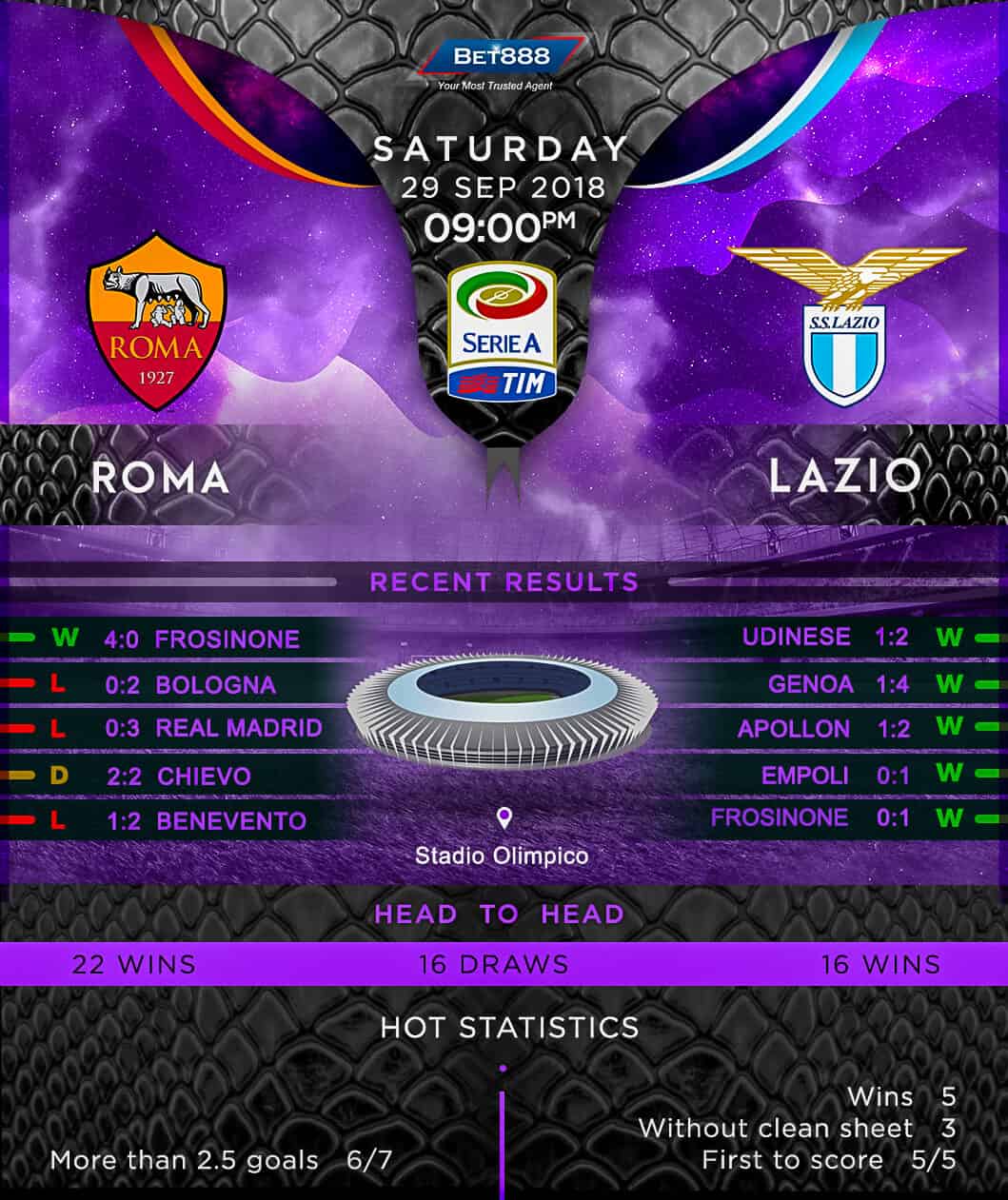