Stadio Olimpico is the venue as Roma and newly-promoted Cremonese go head-to-head in their first Serie A showdown in the 21st century.

Following a 3-0 demolition of Torino on the final day of last season, Roma squeezed past Salernitana 1-0 on matchday one this term, meaning they’ve kept back-to-back clean sheets in Serie A for the first time since 2018. With Jose Mourinho at the helm, it was long coming as the Portuguese boss now aims to become only the third Roma manager in a three-point-per-win era to win the opening two league matches in consecutive seasons. Cremonese’s visit to the Italian capital comes in handy, with ‘I Giallorossi’ racking up an eye-catching 86% unbeaten ratio across their 14 previous top-flight H2Hs (W10, D2, L2). Yet, it’s worth noting that their last meeting in Serie A dates back to 1996, rendering the all-time H2H record virtually meaningless.

In the meantime, despite falling a man behind in the first half, Cremonese were on the cusp of walking away from Fiorentina with a draw, only to see goalkeeper Ionut Radu give away a cheap goal in the dying seconds (2-3). Massimiliano Alvini’s men showed many defensive weaknesses at Artemio Franchi last time out, allowing as many as 28 shots on goal, more than any other Serie A side on the opening weekend. A piece of unwanted history beckons as ‘Le Cremo’ stare down the barrel of two successive defeats at the beginning of a new top-flight season for only the third time in the club’s history. Bringing the 2021/22 Serie B campaign, the visitors have suffered three defeats across their last four league travels (W1). 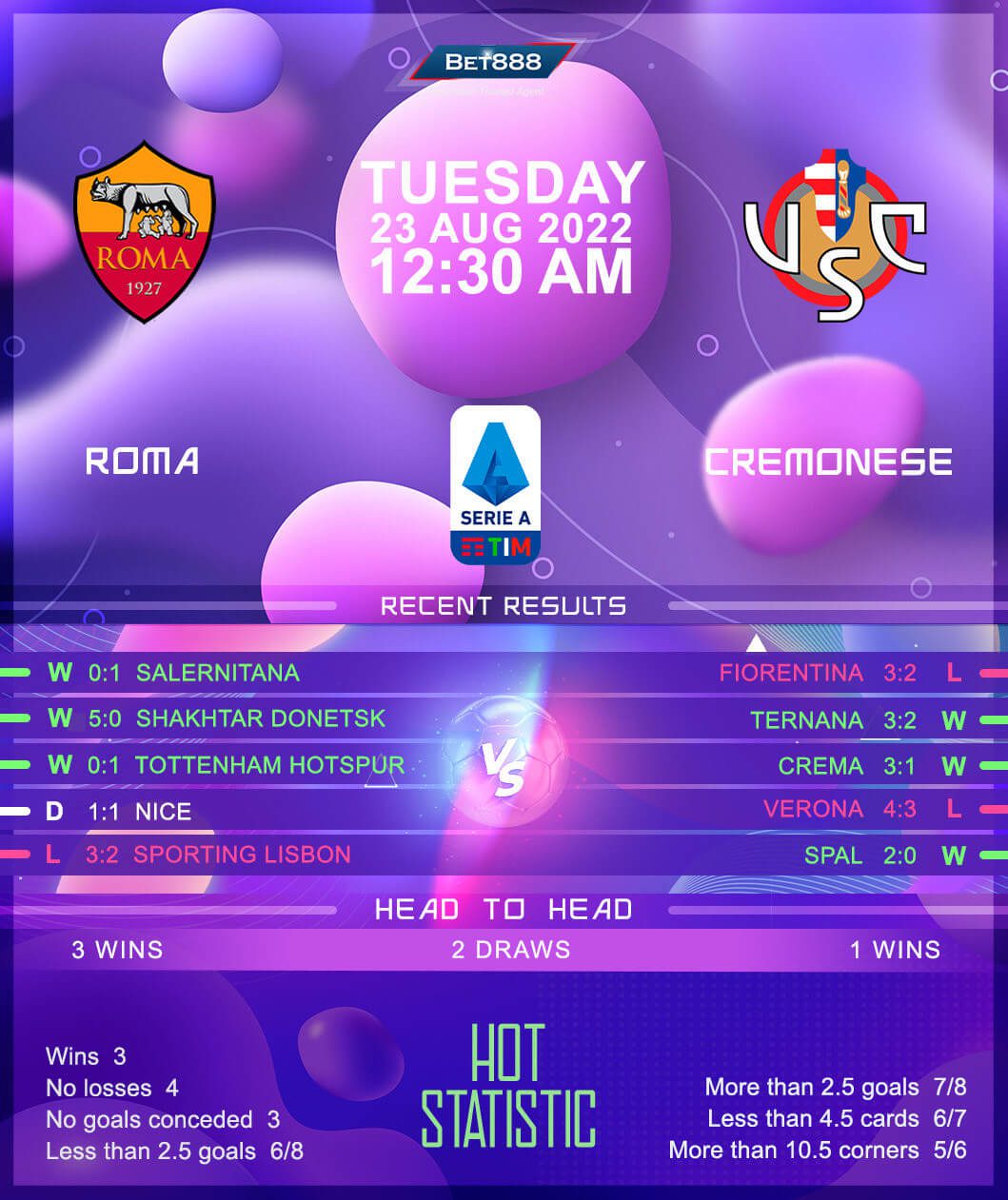