The two UK-based sides will meet each other at the Aviva Stadium in Dublin, with the Republic of Ireland looking to host Wales in the return leg of the UEFA Nations League.

After missing out on the World Cup following the UEFA two-legged play-offs elimination to Denmark, the Boys in Green have struggled to find the right balance, having suffered three defeats in the past six matches, including an ugly 4-1 loss to Wales in the Nations League opener. In the two previous encounters, Martin O’Neill’s side were held to the pair of draws, which was their third successive failure, with O’Neill hoping to see his side battling out a positive outcome to avoid putting his job at risk.

On the other hand, the Dragons have finished third in their respective World Cup qualifying group, after which they’ve only registered two wins out of eight matches, having lost four times in the process. Additionally, Ryan Giggs’ team suffered a stressful 4-1 defeat to Spain in a friendly encounter on the eve of their UEFA Nations League clash with the Republic of Ireland, with the former Manchester United star urging his players to step up their game and return to winning ways.

Portsmouth’s Ronan Curtis has returned to the national team ahead of Tuesday’s showdown, with Callum O’Dowda’s physical condition is yet to be assessed. As for the visitors, the appearance of Wales’ headline performer Gareth Bale still hangs in the balance, with Chris Mepham and Ethan Ampadu definitely ruled out by the injuries. 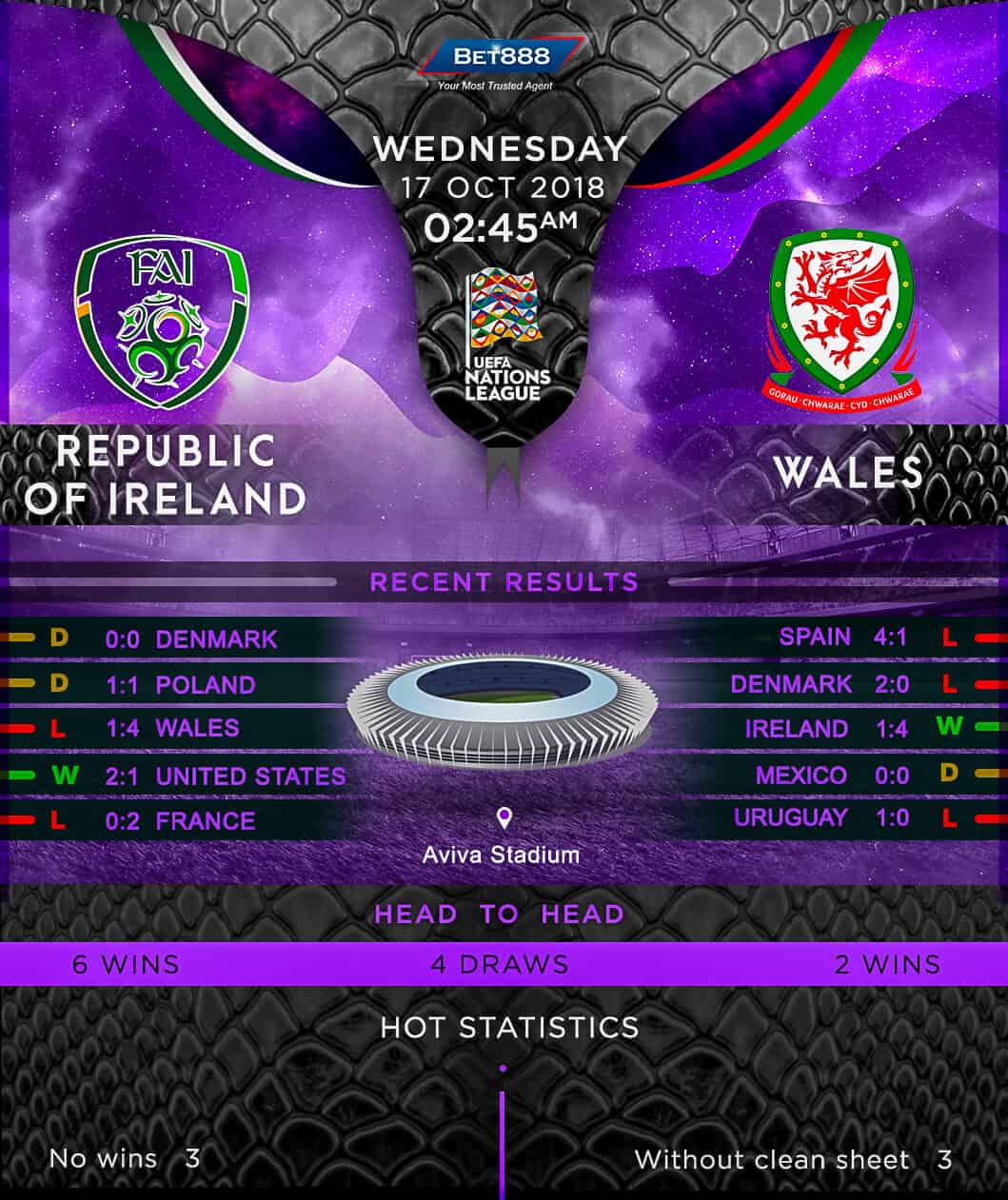