After a 0-0 draw with Girona on the road, Real Valladolid will take on the current Spanish champions Barcelona at the Estadio José Zorrilla. The Pucelanos, who have spent the last four years in La Liga2, managed to return to the top flight after defeating Numancia in the playoff final, 4-1 on aggregate, and the manager Sergio González hopes to keep his team in La Liga for at least one more season. The White and Violets took part in seven friendly matches this summer, achieving three wins while playing out three draws and suffering one loss, but their principal problem was the attacking game, as they have only managed to score four goals in the preparation period after clinching a 4-1 win over the low-quality side Atletico Tordesillas. Meanwhile, the Blaugrana have already wrapped up the first title in the new season, thanks to a 2-1 victory over Sevilla in the Spanish Super Cup Final, after which they defeated Boca Juniors by three goals to nil for the Joan Gamper Trophy. Ernesto Valverde’s side confirmed an impressive form in the opening La Liga fixture, demolishing Deportivo Alaves 3-0 at home, and they look to achieve another routine victory before the international break.

Antonio Cotán and Ivi will skip the encounter due to injuries, while Jasper Cillessen, Carles Aleñá, and Sergi Samper won’t be able to perform for the visitors. 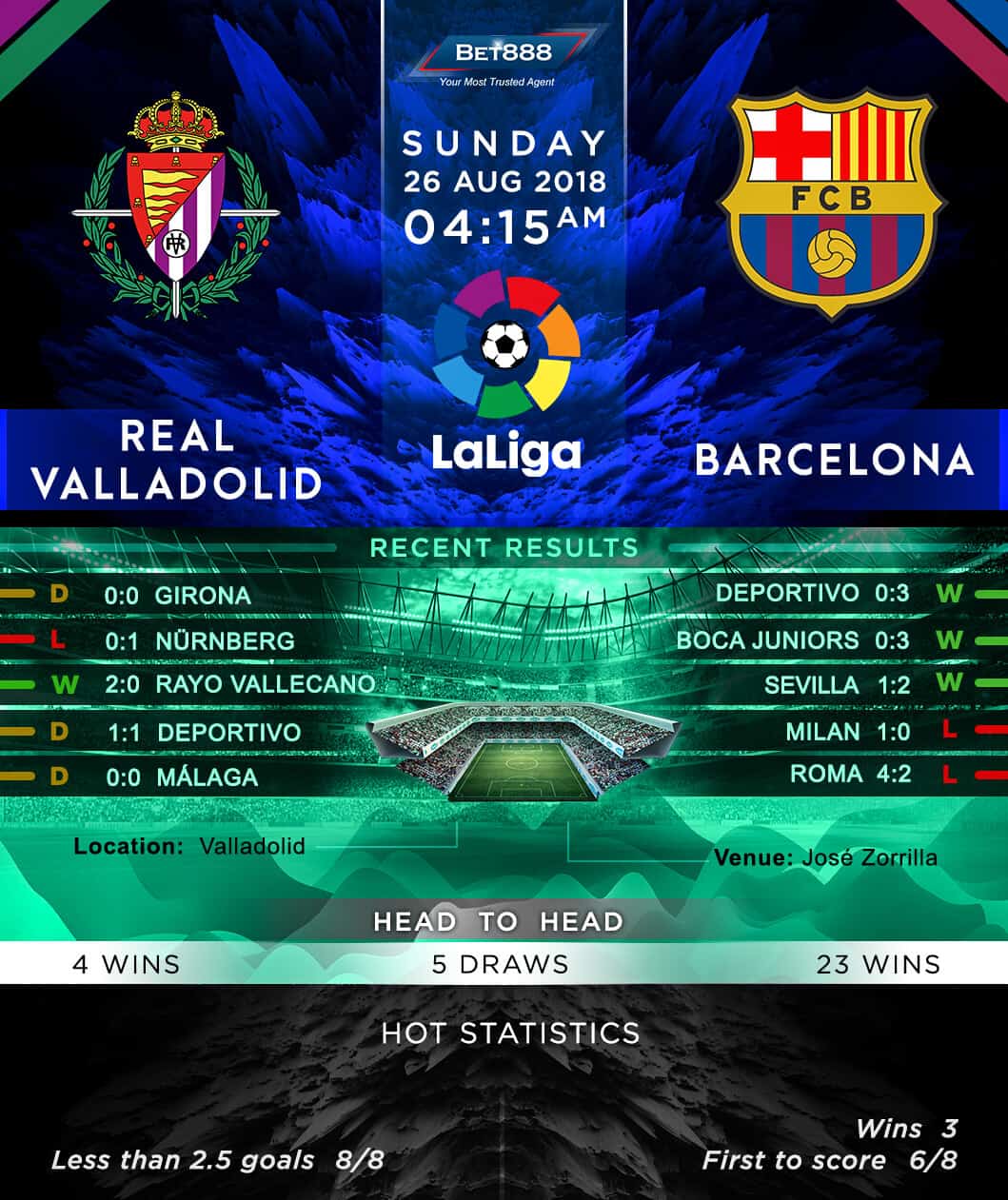