Real Sociedad and Sevilla are set for a face-to-face meeting at the Estadio Anoeta, with the hosts hoping to end a disastrous 4-game home winless streak in La Liga.

The Whites and Blues are one of five Spanish teams who are yet to secure all three points in front of the home supporters, as they’ve lost two games, to Barcelona and Valencia, while being held to a pair of draws to Rayo Vallecano and Girona. Moreover, La Real have wrapped up just one triumph in the previous five league encounters by defeating arch-rivals Athletic Bilbao by three goals to one. A 60% of Real Sociedad’s La Liga clashes have produced more than two goals in spite of their rather mediocre attacking performance. Asier Garitano’s players score an average of 1.20 goals per match, having failed to score three times while notching a brace four times in the process.

On the other hand, Los Hispalenses are enjoying an impressive spell, as they’ve secured five triumphs in the past six league meetings, losing only to Barcelona in the process. With 15 goals bagged on the road, Los Rojiblancos have scored an equal number of goals as Barcelona, Real Madrid, and Atletico Madrid altogether. However, the Andalusians have already conceded 9 goals away from the Estadio Ramon Sanchez Pizjuan, as they are yet to keep a clean sheet on the road. A 70% of Sevilla’s games have ended with three or more goals, with Pablo Machin’s players scoring a brace seven times in the process. With a goal-scoring rate of 2.40 per match, Sevilla are the second most efficient team in the Spanish top flight behind Barcelona. 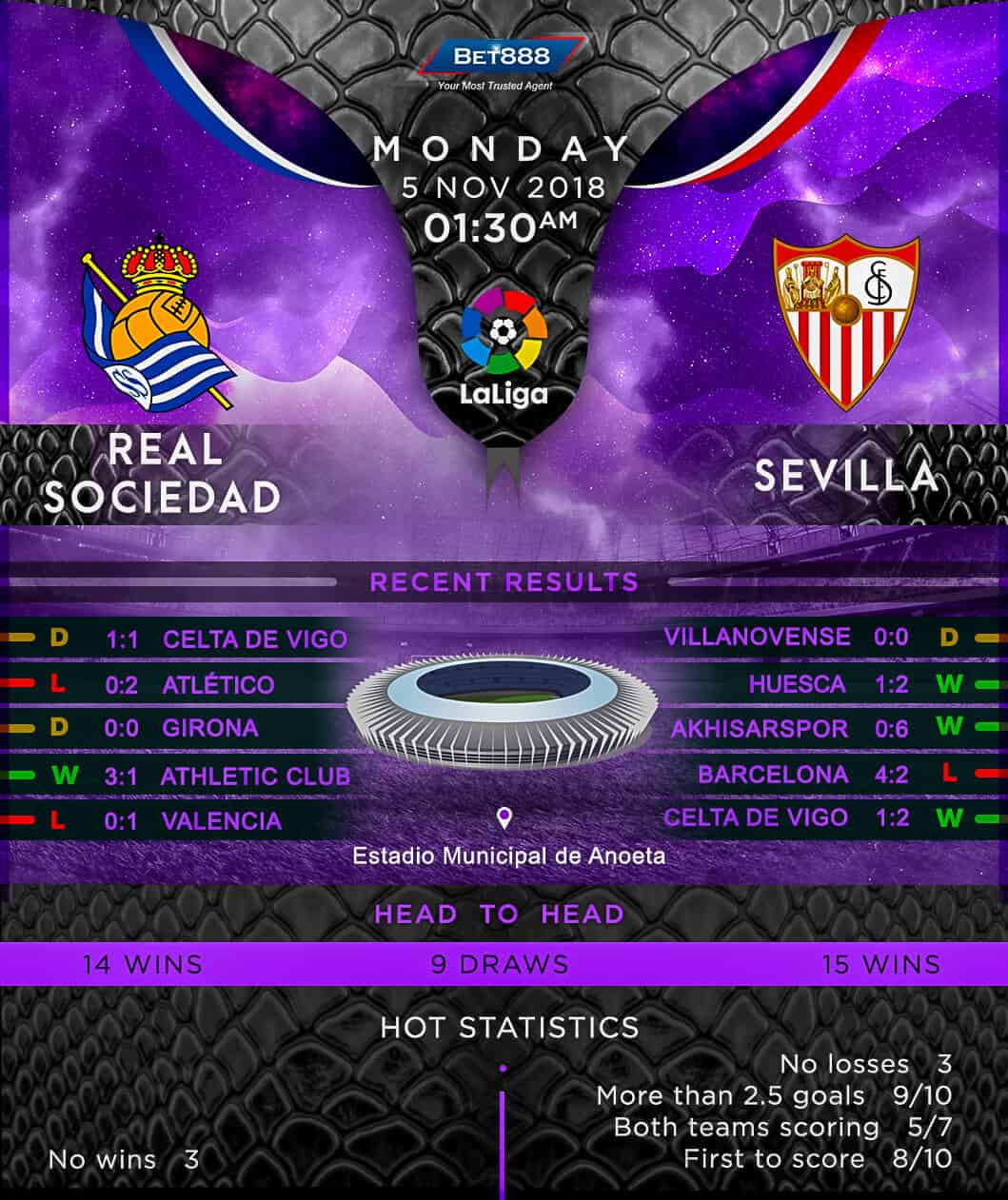