Real Sociedad and Celta Vigo will face-off at Anoeta Stadium, as both teams look to overcome a critical period, while their respective managers struggle with absences.

Sitting 12th in the table, the Whites and Blues have a record of four wins, four draws, and four defeats. The hosts have won just one out of their previous five competitive games. A 3-1 away success against Levante on the eve of the international break has brought Real Sociedad’s four-game winless streak to an end, as they’ve played out three draws and suffered a 2-0 loss to Atletico Madrid in the Spanish capital in the run. The Royal will be looking to clinch their first back-to-back La Liga wins of the season, while they also go in search of an elusive first home league triumph this campaign. Established as one of the toughest home sides in the Spanish top flight over the past few years, the very fact that Asier Garitano’s players failed to secure a win in the past five home games suggest they are not going through the best of times.

Celta Vigo, meanwhile, make it to the Anoeta after suffering a devastating 4-2 loss to Real Madrid last time out. The Celtics haven’t tasted victory in their previous three competitive games. Moreover, Miguel Cardoso, who took charge of the team in place of Antonio Mohamed, will try to end Celta’s dreadful four-game winless road run. A dreadful run of form that saw them securing just one triumph in the last nine league clashes currently places four points adrift of safety. The visitors hold the 3rd-worst defensive record in La Liga, considering they have just two clean sheets out of 12 opening matches. But, they have failed to find the back of the net only once so far, having bagged a minimum of two goals seven times in the process. 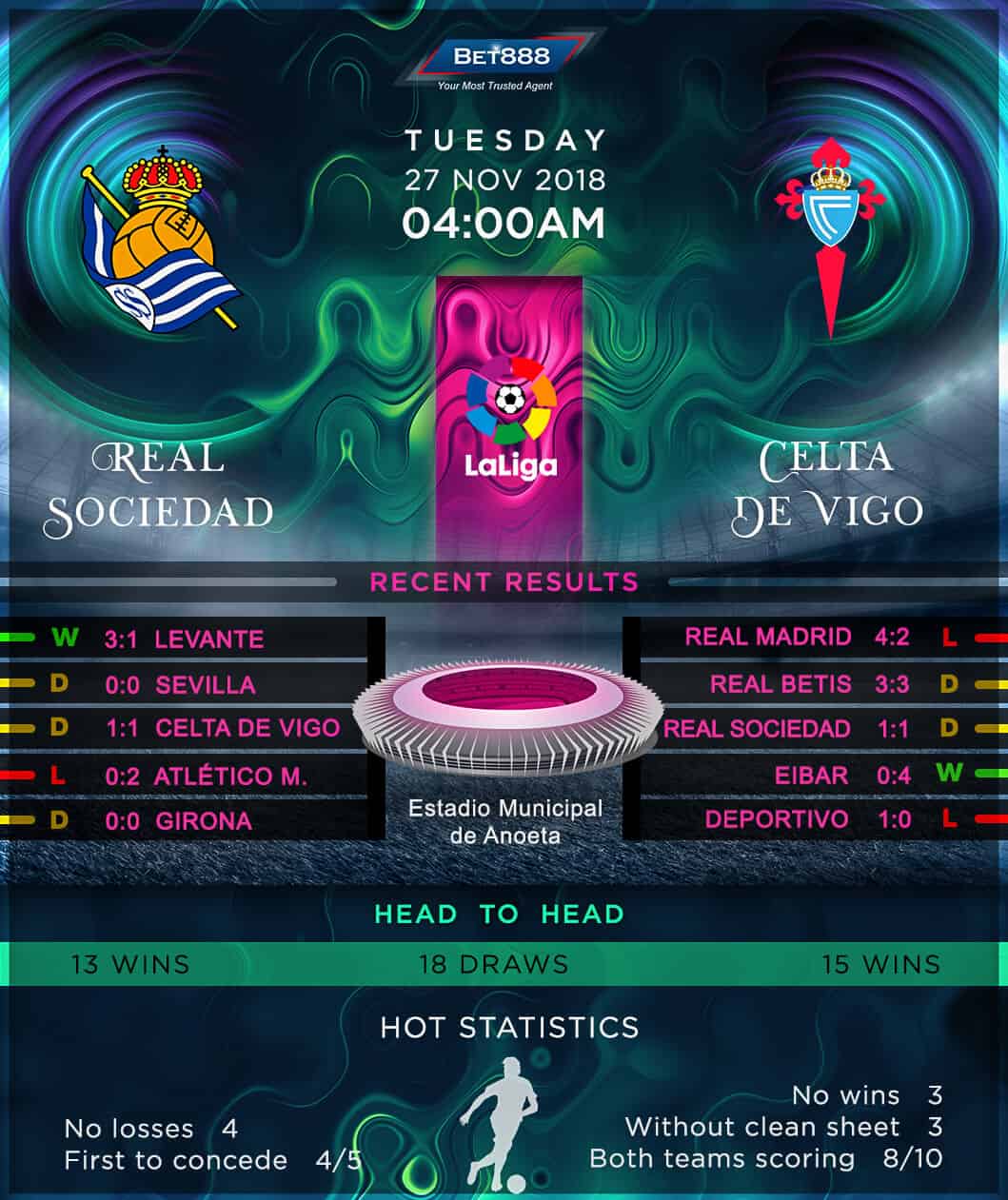