Real Sociedad are ready to host Barcelona at the Estadio Anoeta, desperately looking to end a stressful 5-game losing streak against the current La Liga champions.

The Whites and Blues have defeated Villarreal in the opening matchday by two goals to one, a week before playing out a frustrating 2-2 draw with Leganes that saw Asier Garitano’s side dropping a 2-goal lead in less than 30 minutes. After startlingly wasting two points, the Basque side suffered a 2-1 defeat to Eibar although Willian Jose converted a penalty kick to put them in front. The match against the current title holders will also be Real Sociedad’s first home game this year.

In La Liga opener in front of the home supporters, the Blaugrana have comfortably nailed Deportivo Alaves with a 3-goal margin, after which they barely managed to walk away from Estadio José Zorrilla with all three points, as VAR annulled Valladolid’s late equalizer. Ernesto Valverde’s side netted eight goals against Huesca at home before players headed to their respective national teams, which was the first time Barcelona scored eight times in one match since 2016. The former Athletic Bilbao manager also wrapped up his first title with the Catalan club thanks to a 2-1 win over Sevilla in the Spanish Super Cup.

The hosts will enter the big duel severely weakened, as Diego Llorente, Willian Jose, Adnan Januzaj, Sandro Ramirez, and Martin Merquelanz are all struggling with injuries and won’t be able to perform this weekend. Meanwhile, Denis Suarez and Sergi Samper are ruled out for the visitors due to some physical problems. 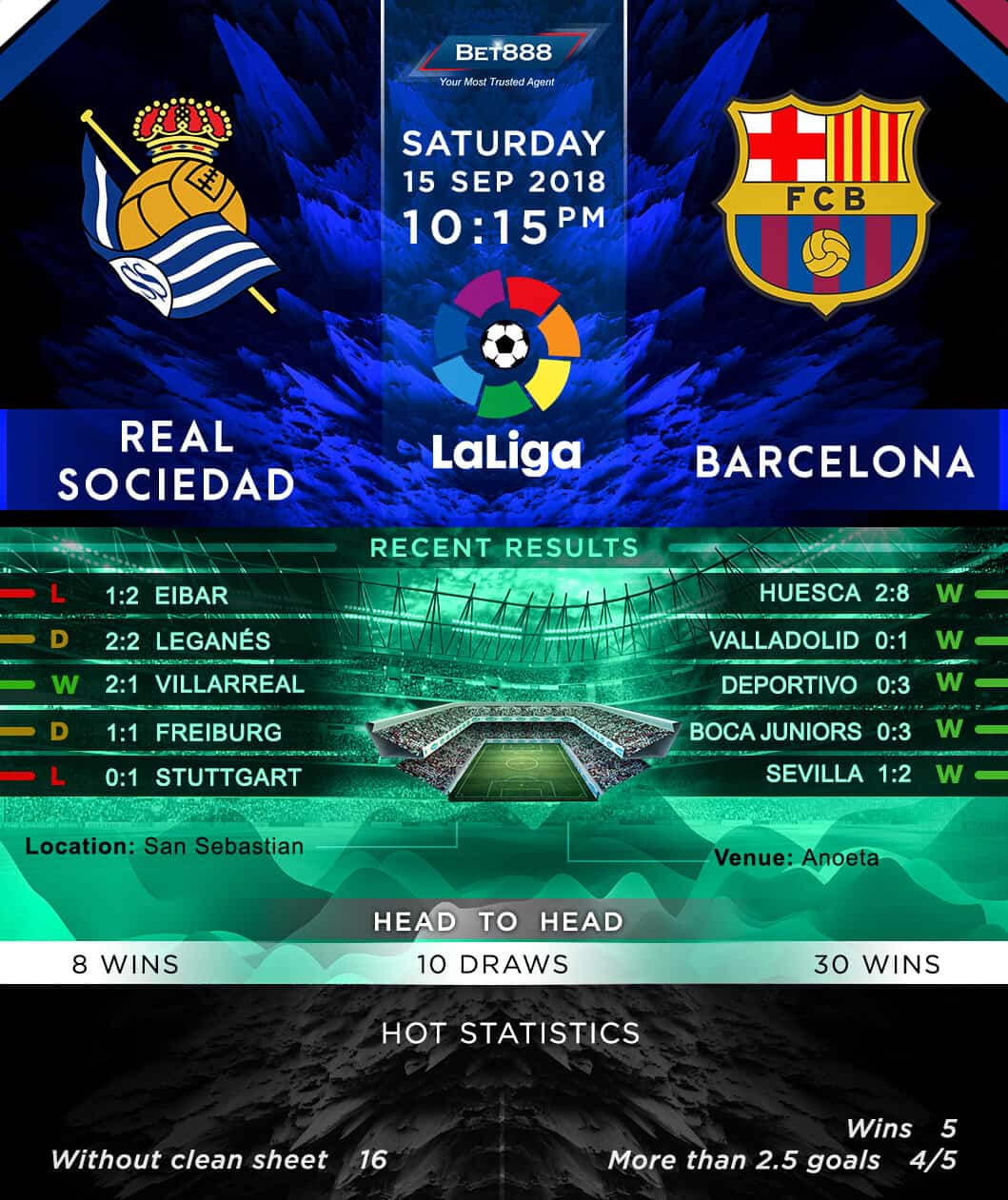