With just 14 points after the opening ten league fixtures, Los Blancos currently occupy the 9th place with a 7-point deficit to arch-rivals Barcelona, who hammered them 5-1 in last weekend’s El Clasico. Moreover, the reigning European champions have lost four of the past five La Liga encounters, having conceded 11 goals while scoring barely two in the process. A dreadful form and disappointing results have led to Julen Lopetegui’s farewell, with Santiago Solari expected to make his league debut on Real Madrid bench following a 4-0 triumph over Melilla in midweek’s Copa del Rey clash. Los Merengues have notched eight goals at home so far, while the Blaugrana already bagged 23 at the Camp Nou, which shows how much Real miss Cristiano Ronaldo.

On the other hand, after a slow start of the season that saw them losing twice and playing out three draws in the opening five La Liga fixtures, the Pucelanos have notably raised their game, having clinched four wins in the following five games. With seven goals conceded so far, the Blanquivioletas have the 2nd-best defensive record in the Spanish top flight, as they’ve managed to keep a clean sheet on five occasions, with Atletico Madrid being the only team to surpass that achievement. Additionally, Sergio Gonzalez’s players are still undefeated on the road, having registered two wins and three draws, keeping a clean sheet four times in the process. 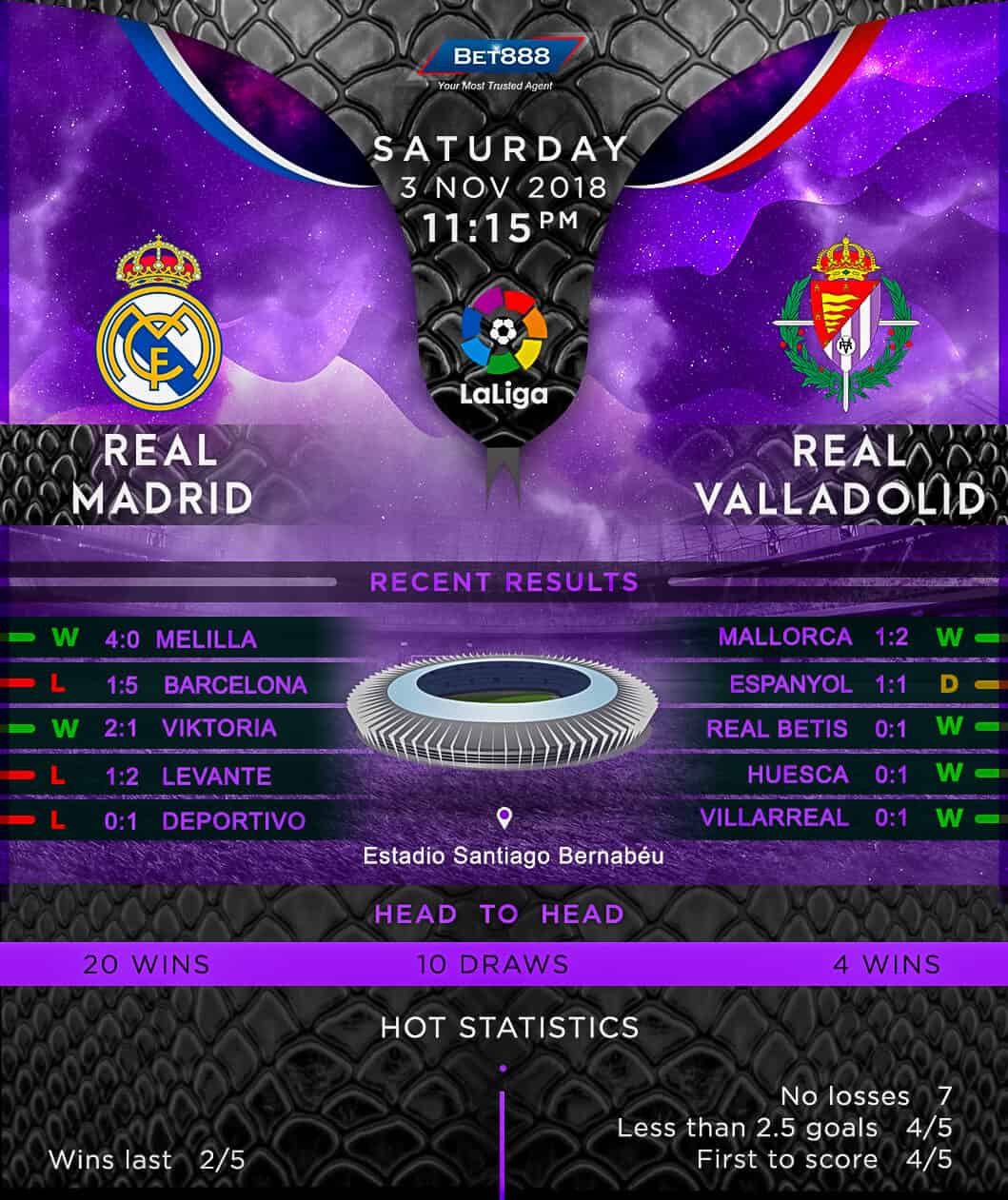