Real Madrid welcome Rayo Vallecano to the Estadio Santiago Bernabeu looking to bounce back from club’s biggest ever home loss in the Champions League (3-0 to CSKA Moscow).

Although Los Blancos managed to raise their game following Santigo Solari’s appointment, it was the second time during his guardianship the reigning European holders have suffered such a heavy defeat. A disastrous result against the Russian side has ended Real’s four-game winning run across all competitions, as it was also the second time in their last five meetings they’ve failed to keep a clean sheet. Los Merengues’ shaky backline has improved a lot since Solari took charge, as Real managed six clean sheets in ten games under the Argentinean. Benzema and co. will now look to post their third straight home triumph in La Liga after beating Valencia and Valladolid with the identical 2-0 scoreline.

Meanwhile, the visitors are one of the worst road teams in the Spanish top flight this season. Although the returnees managed one away triumph (1-0 against Huesca), they’ve lost five out of the remaining six road clashes. What’s more, Los Franjirrojos have lost four consecutive games away from home, conceding a minimum of two goals per match three times while hitting the back of the net just once in the process. Additionally, Rayo Vallecano’s dreadful form in the past three months has seen them securing only one competitive triumph while suffering eight losses and playing out five draws in the run. Considering the fact Rayo Vallecano conceded 20 goals on their previous three visits to Santiago Bernabeu, including ten on their last trip to Madrid, Michel has a lot to worry about, especially knowing that his players conceded a minimum of two goals ten times in their opening 15 La Liga fixtures. 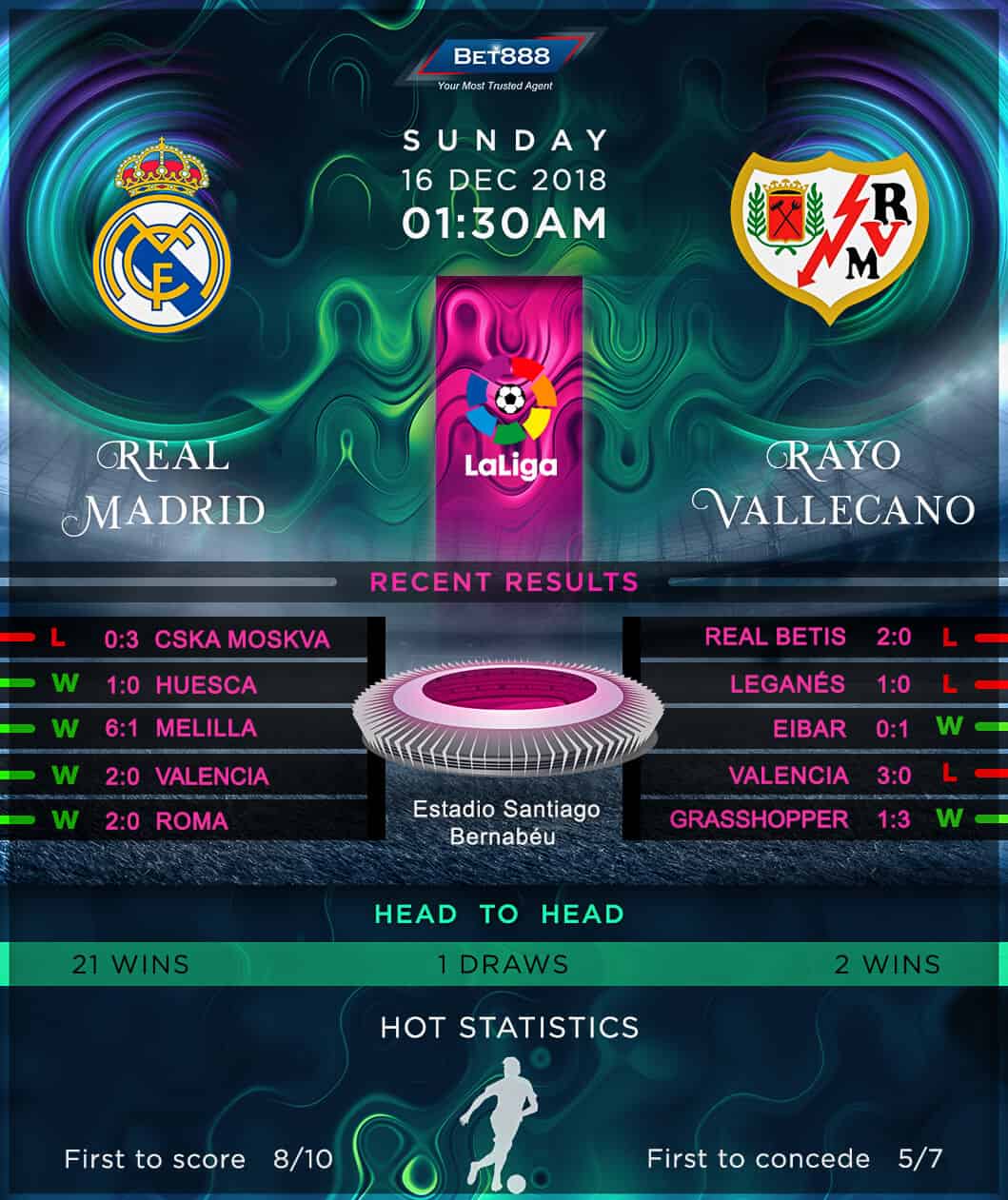