La Liga pacesetters Real Madrid take on an exciting Osasuna side at the Estadio Santiago Bernabeu.

High-flying Real Madrid pulled off a morale-boosting 2-1 win at Atletico Madrid on the cusp of September’s international break, maintaining their 100% six-game La Liga start. Now keen to win their opening seven matches of a new top-flight season for only the fourth time in the club’s history, ‘Los Merengues’ head into proceedings as odds-on favourites to extend their stellar 14-match unbeaten La Liga streak against Osasuna (W10, D4). Adding to this presumption, the reigning Spanish champions have recorded 12 victories in their last 14 home league H2Hs (D2), though they drew 0-0 in this corresponding fixture in 2021/22.  With standout performer Karim Benzema back to the fold, Carlo Ancelotti’s men should feel confident about improving their impressive scoring average of 2.83 goals per league game.

In the meantime, Osasuna have established themselves as the surprise package of the early La Liga season, welcoming the international break in fifth! Though a 2-0 home defeat to Getafe last time out halted their two-game winning league streak, ‘Los Rojillos’ can be more than happy for their best six-game La Liga start since 2005/06. If you’re looking for an omen, the last time Osasuna gathered 12 out of a possible 18 points in the opening six La Liga matches, they achieved their best-ever finish of fourth. Low scoring has been a common theme in Osasuna’s La Liga away fixtures this season, as both have yielded an identical 1-0 scoreline, with Jagoba Arrasate’s men finding themselves on both ends of this result. 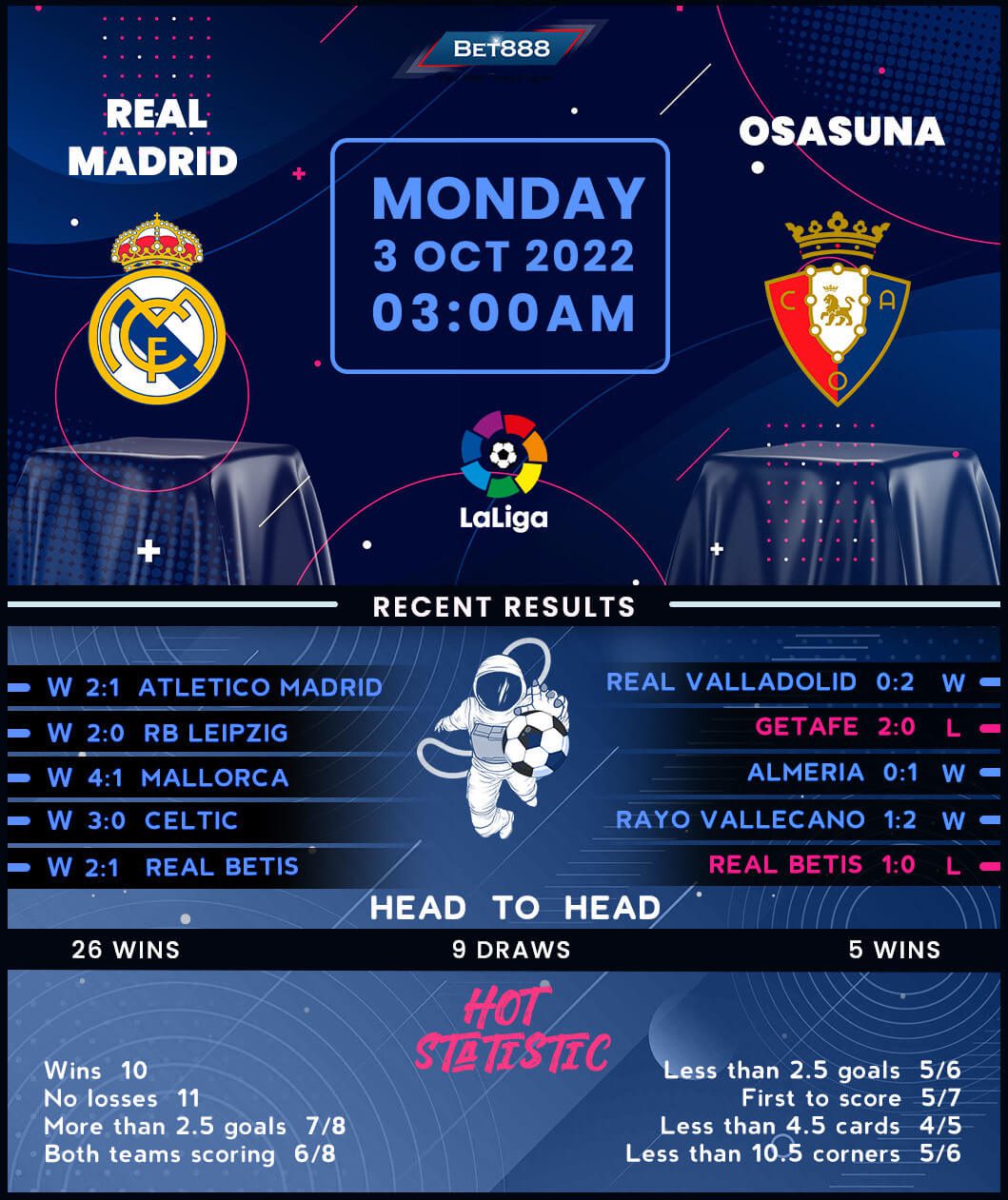