Despite losing marquee striker Karim Benzema to injury, Real Madrid brushed Celtic aside with a 3-0 away win in their opening Champions League fixture in midweek. Now back to domestic proceedings, ‘Los Blancos’ are looking to maintain a 100% start to their La Liga title defence, having won all four opening league matches. Mallorca’s visit to the capital bodes well for Madrid’s bid to continue on the right path as they’ve won their last six top-flight H2Hs at home for the first time in history. Moreover, ‘Los Merengues’ netted 3+ goals in three of those six victories, suggesting their seasonal average of 2.75 goals per match could improve this weekend. Scoring may not be a problem for Madrid, but after conceding in their last four La Liga outings, they could experience a five-match league run without a clean sheet for the first time since November 2020.

On the other hand, visiting Mallorca preserved their top-flight status by the skin of their teeth last season. But after losing just one in their opening four league games (W1, D2), they look determined to avoid another scary campaign. Javier Aguirre’s defensive-minded philosophy has paid off early in the season, as ‘Los Piratas’ have conceded just once in three league fixtures, barring a 2-1 home defeat to Real Betis on matchday two. Yet Mallorca’s overzealous defending has seen each of their three La Liga goals conceded this term come from a penalty. The visitors won’t mind another low-scoring affair if it enables them to defy an underwhelming record of eight losses from their last nine La Liga H2Hs (W1). 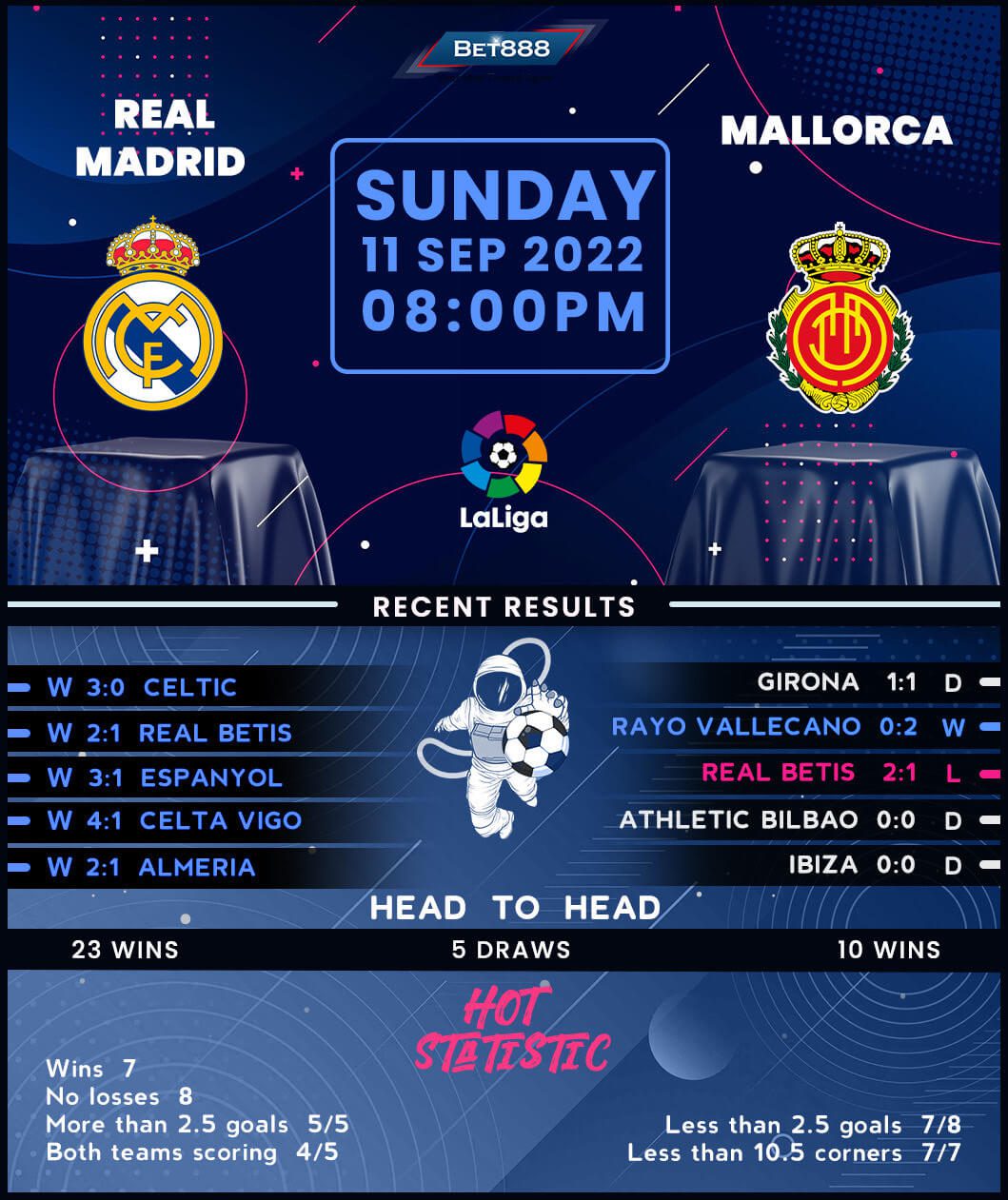