The Champions League campaign is coming to its end, with Real Madrid set to face off Liverpool at the Olympic Stadium in Kiev in the big final. Two sides that have been playing the most attractive and attacking football are going to fight tooth and nails to clinch Europe’s most prestigious club trophy. Los Blancos are looking to become the first team in history to win the Champions League title three times in a row, while the Merseysiders hope to retain the European crown after thirteen years when they defeated AC Milan in an unforgettable night in Istanbul. Both teams have already secured their appearance in the next year’s Champions League edition, but it is their last chance to avoid a trophyless season considering they’ve both failed to impress in their domestic competitions.

It will be the first time since 2009 Real Madrid and Liverpool will face each other in the Champions League knockout phase, with the English heavyweights comfortably going past the Spanish giants with five goals to nil on aggregate.

Zinedine Zidane should be happy to see all of his key players fit and ready for the big showdown. Meanwhile, Jurgen Klopp has a few major decisions to make, as some of his regular first-team players are going to skip the encounters due to injuries, including Emre Can, Alex Oxlade-Chamberlain, Joel Matip, and Joe Gomez. 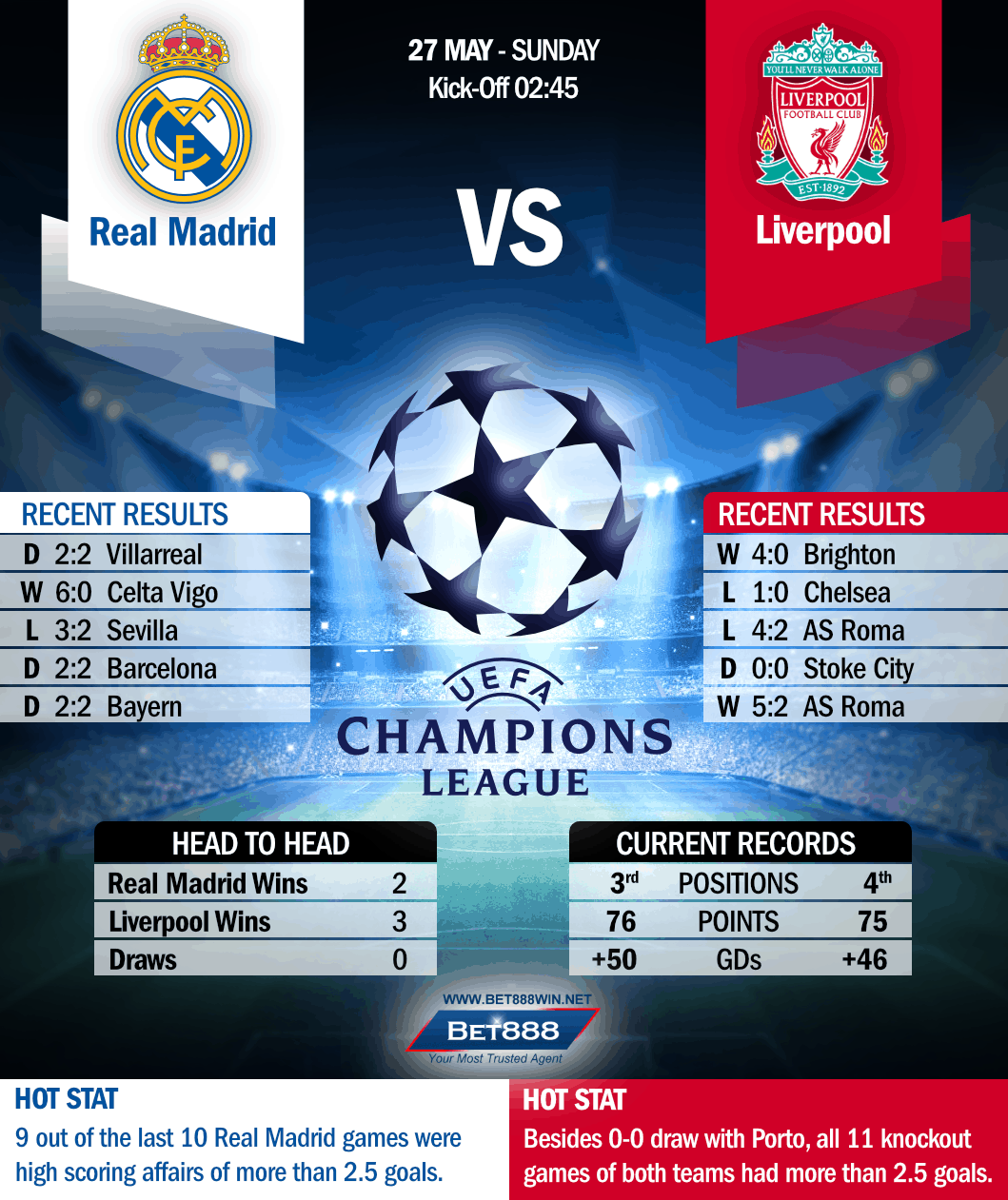