Real Madrid will host Levante at the Estadio Santiago Bernabeu, hoping to end a 4-game winless streak in all competitions.

Los Blancos are going through a disastrous period, as they’ve lost three out of the last four matches, including the one against CSKA Moscow in the Champions League. Additionally, Los Merengues have failed to score in three successive La Liga encounters, having lost 3-0 to Sevilla and 1-0 on Alaves, while playing out a scoreless draw with city rivals Atletico Madrid. Unlike some previous seasons, the defending European champions score an average of 1.5 goals per match, which is mainly influenced by the departure of Cristiano Ronaldo.

On the other hand, the Granotas have won two successive league matches before the international break, having defeated Alaves at home by two goals to one and Getafe on the road by a narrow 1-goal margin. Paco Lopez’s side managed to keep a clean sheet in two out of four away matches, failing to score only once in the process. However, the last time Levante walked away from the Estadio Santiago Bernabeu with all three points was in 2007, after which they’ve suffered seven consecutive league defeats before holding Real Madrid to a 1-1 draw last year.

Julen Lopetegui won’t have Daniel Carvajal and Karim Benzema at his disposal as both are dealing with some physical problems, while the appearance of Gareth Bale still hangs in the balance. As for the visitors, Coke, Nikola Vukcevic, and Armando Sadiku are sidelined by injuries. 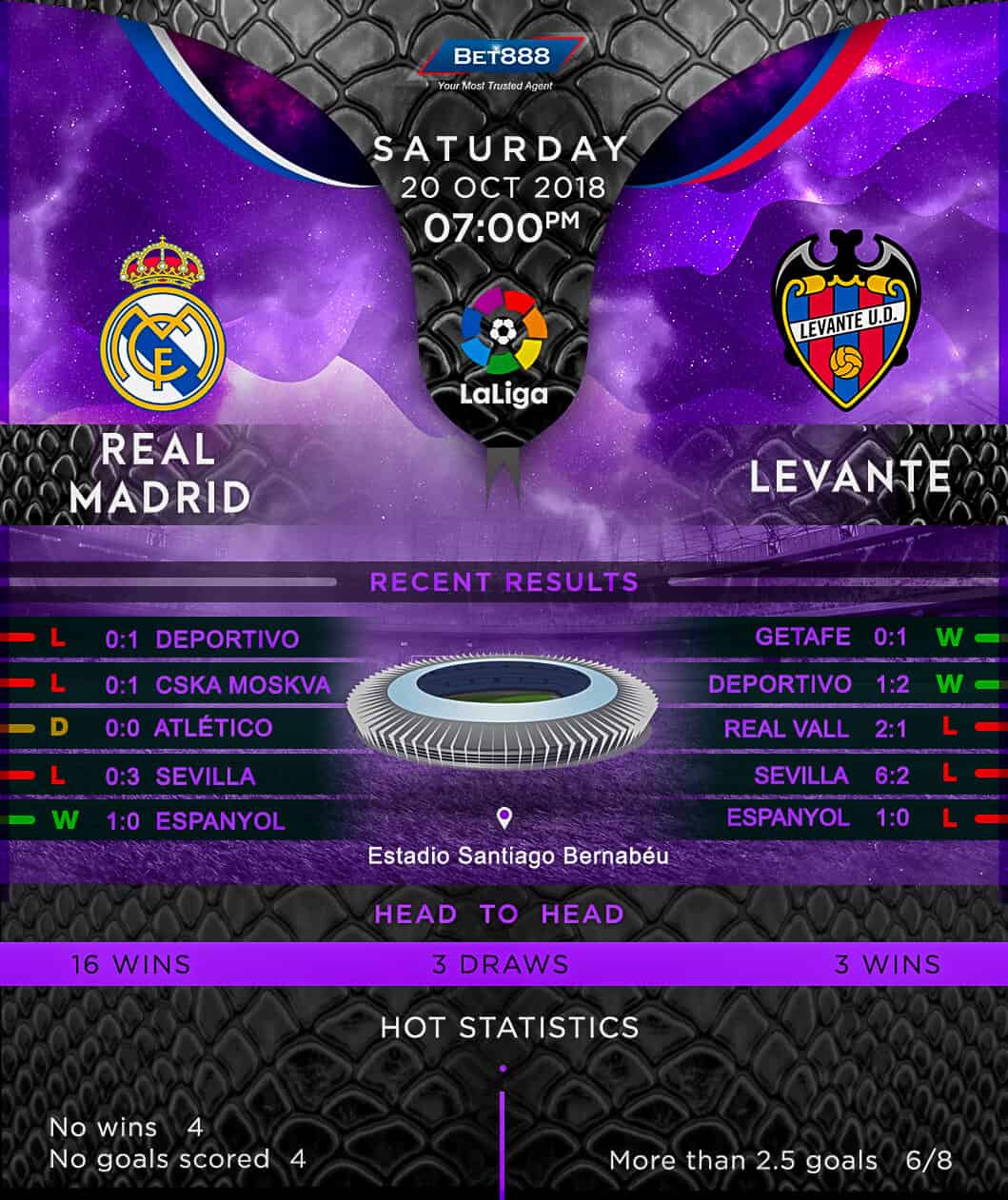