After suffering a painful 4-2 defeat to the city rivals Atletico Madrid in the European Super Cup, Real Madrid will host Getafe at Santiago Bernabeu, hoping to achieve a victory in their opening match in La Liga this season. The current Champions League holders have lost their symbol this summer, as Cristiano Ronaldo left Madrid to join Juventus, but Los Blancos have demonstrated they are still competitive by securing four wins this summer, over Liverpool, Juventus, and AS Roma, at the International Champions Cup, while their only loss came against Manchester United. The Spanish giants have also defeated AC Milan in the Santiago Bernabeu Cup by three goals to one before losing to Los Colchorones in the midweek. On the other hand, the Deep Blues that missed out on the Europa League promotion are yet to lose a match this summer, as they have achieved four triumphs out of seven matches they have been involved in during the preparation period. However, a majority of those matches came against low-quality sides, such as Union Adarve, Conquense, and Talavera, which may represent a problem for José Bordalás’ players, who now have to face off against one of the most powerful teams in Europe.

Julen Lopetegui won’t have Álvaro Odriozola and Jesús Vallejo at his disposal, after both of them suffered injuries during the off-season. As for the visitors, Markel Bergara, who has sustained an arm fracture, will be the only missing player. 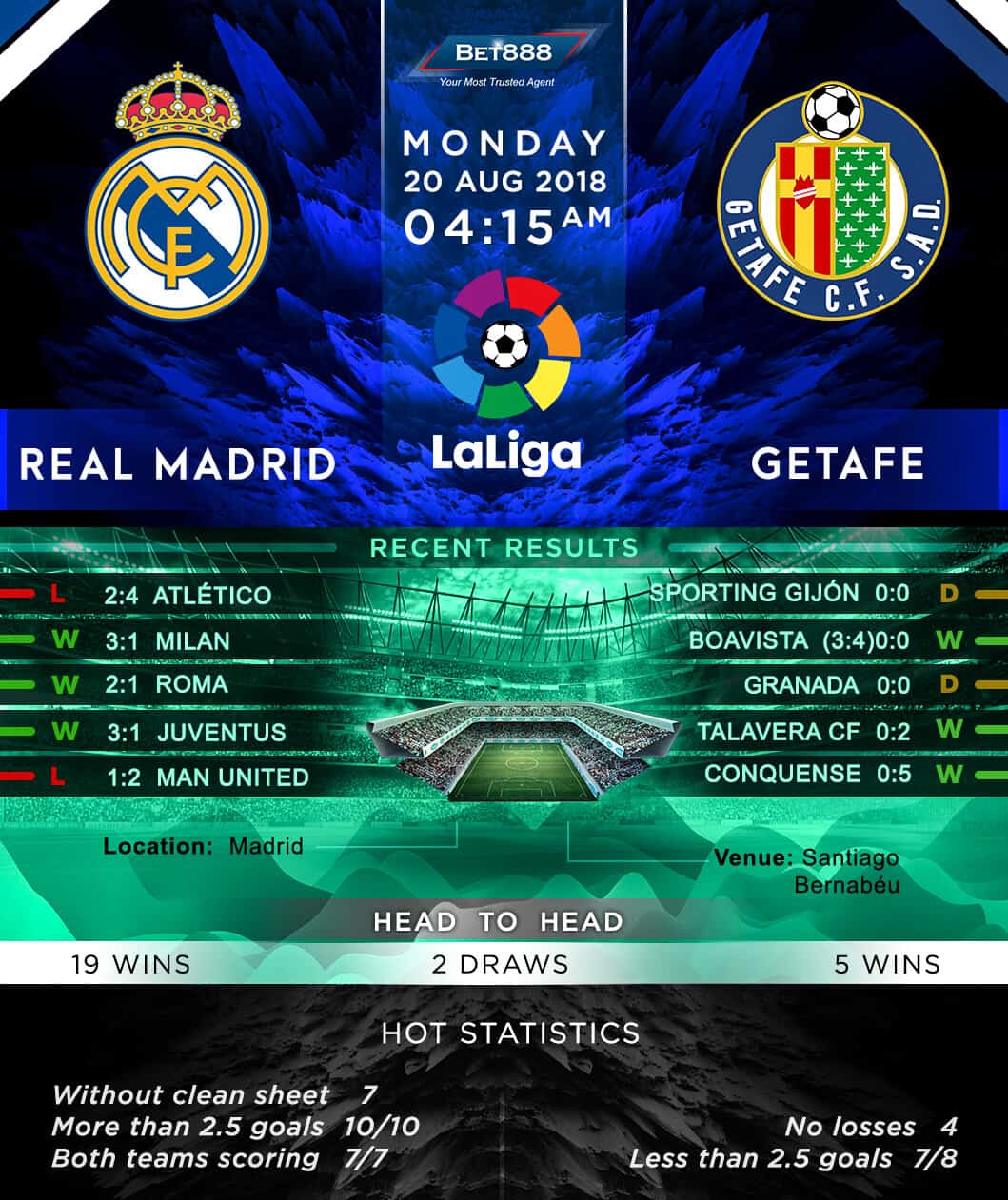