The Champions League holders Real Madrid will start the defending campaign against last year’s semi-finalists AS Roma, with the match scheduled to take place at the Stadio Santiago Bernabeu.

After the departure of Cristiano Ronaldo and Zinedine Zidane, Los Blancos have experienced all sorts of trouble finding the right equilibrium that eventually cost them a 4-2 defeat to city rivals Atletico Madrid in the European Super Cup Final. However, Julen Lopetegui has managed to motivate his players ahead of the official La Liga kick-off Los Merengues achieved a routine 2-0 triumph over Getafe. The 13-time Champions League winners have also demolished Girona by four goals to one on the road before crashing down Leganes at home with the same result. Still, last weekend’s 1-1 draw with Athletic Bilbao in the Basque-country caused Real losing the pace with Barcelona that now have a 2-point lead.

As for the visitors, Eusebio Di Francesco is still trying to find the balance between many newcomers and the regular starters, which is why the Gialorossi already played out two disappointing draws this season, with Atalanta and Chievo Verona, while they lost to AC Milan in the process. La Lupa’s only victory in Serie A came on the opening matchday against Torino on the road thanks to Edin Dzeko’s late goal.

Jesus Vallejo will be the only absent player in the home team, while Antonio Mirante, Diego Perotti, and Javier Pastore won’t be available for the visitors. 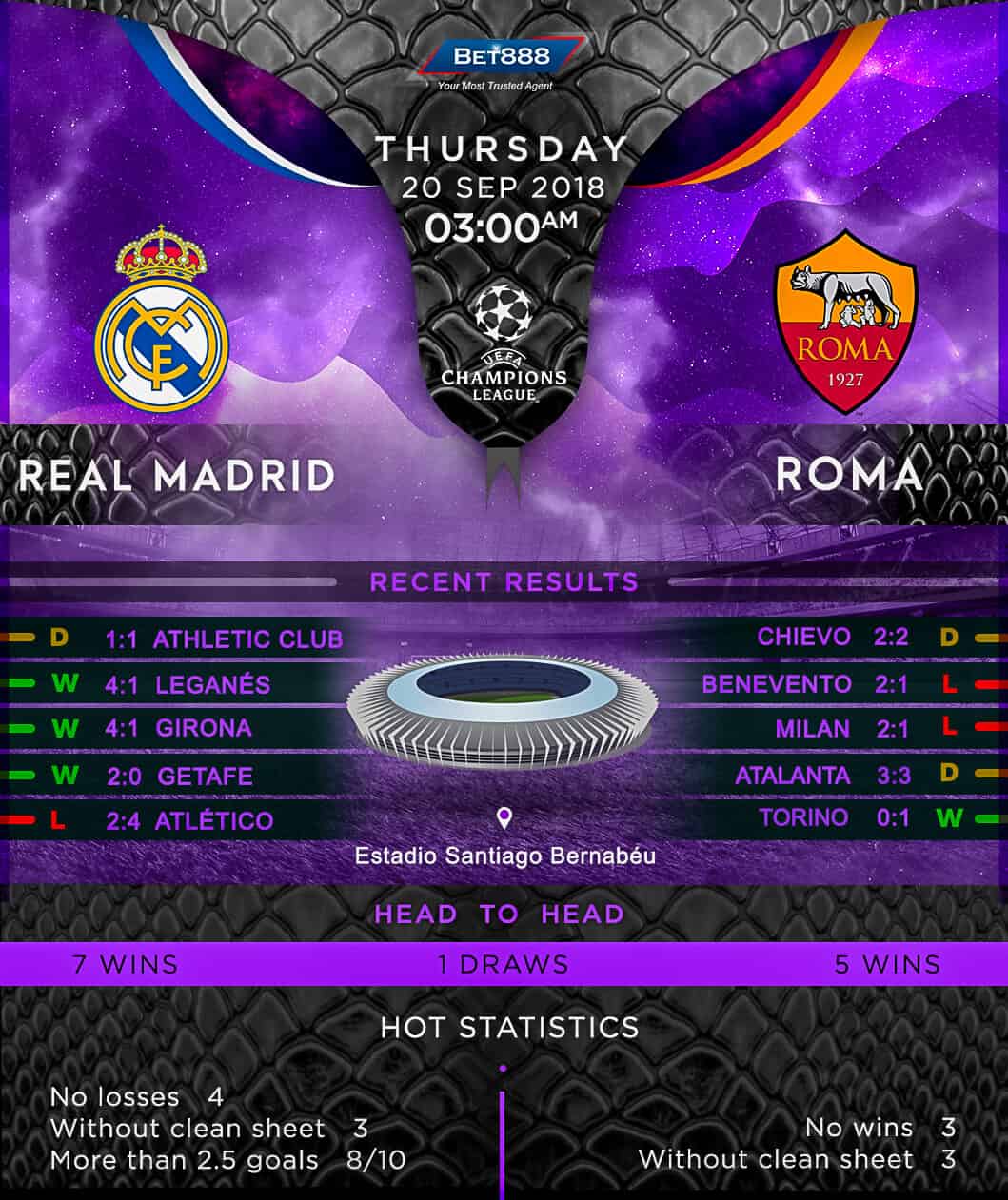