Atletico Madrid head to the Estadio Benito Villamarín to take on an improving Real Betis side in a must-win La Liga clash.

Betis’ 1-1 away draw with Elche last time out leaves them at a single loss in seven La Liga fixtures (W5, D1, L1) and means they have opened the scoring seven of their last nine league matches. ‘Los Verdiblancos’ have suffered just one defeat in seven home La Liga games since the turn of 2021 (W5, D1), winning the last three by an aggregate score of 6-2, with all of their six strikes in that spread of triumphs coming in the second half of play. Indeed, Betis’ attacking set-up usually sparks into life after the break, as evidenced by the fact that 64.1% of their total La Liga goals scored this season have come in the second 45 minutes (25/39). However, the Andalusians now face a formidable challenge in the shape of an Atletico Madrid side they have defeated just once in their last 11 top-flight H2Hs as hosts (D2, L8).

Meanwhile, a 1-0 away reverse against Sevilla last time out saw Atletico Madrid’s turbulent period continue, as they take the field after winning just three of their last eight La Liga matches (D3, L2). With Barcelona now only a single point adrift of them, ‘Los Colchoneros’ can ill-afford more slip-ups if they are to lift the league crown this season. However, Diego Simeone’s men have failed to find the back of the net in three consecutive away games in all competitions ahead of the kick-off, after scoring an average of 2.2 goals per match in their previous competitive five road trips. Yet, no team has conceded fewer away goals than Atletico (10) this La Liga campaign (joint-best alongside Barcelona), with the current league leaders keeping a blank sheet in 42.86% of their La Liga trips so far. 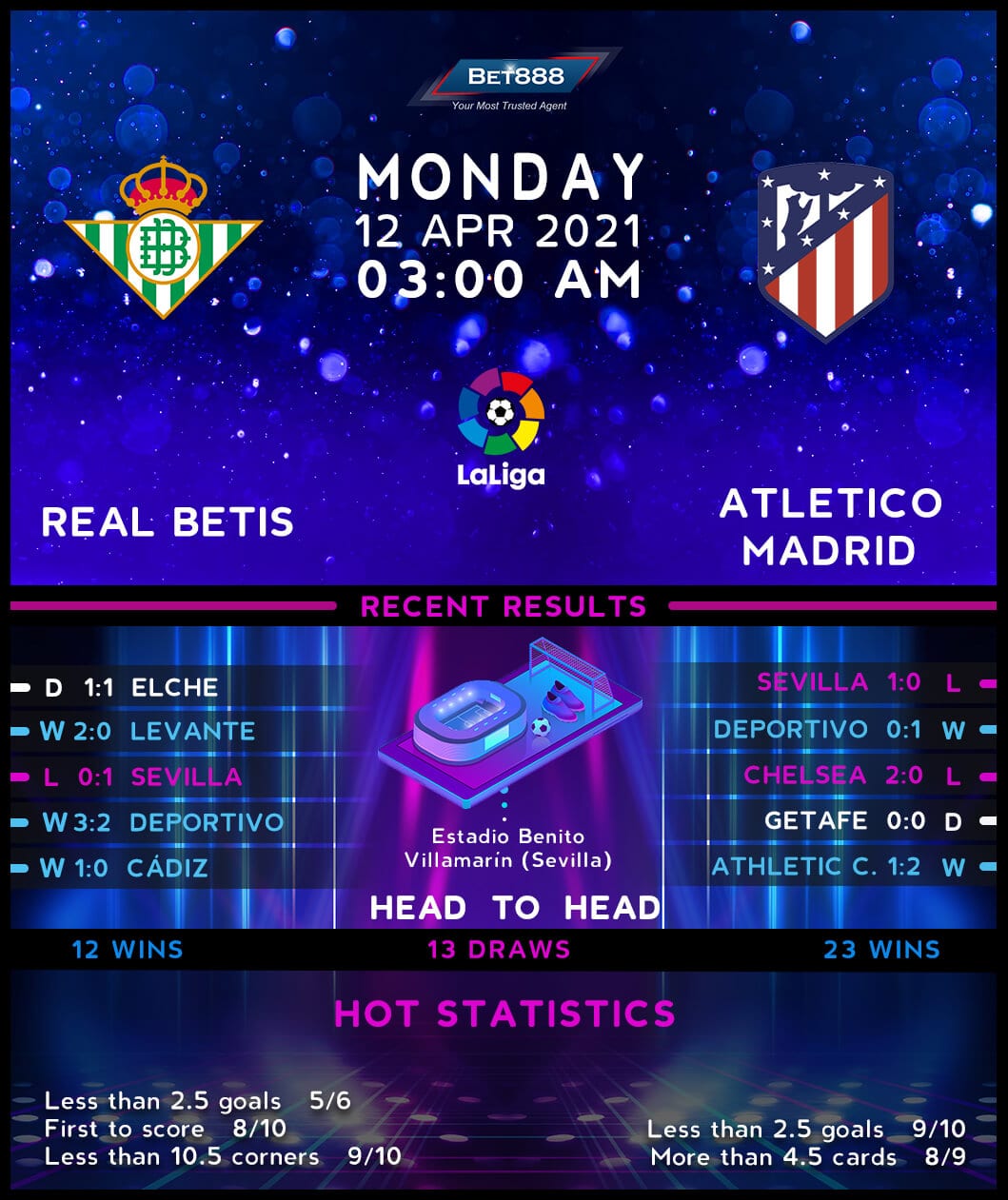