Real Betis and AC Milan are set to face-off against each other at the Estadio Benito Villamarin in the Europa League Group F, with the visitors looking to take their revenge on a 2-1 home defeat a fortnight ago.

With a record of two wins and a draw, Los Verdiblancos currently top their respective group, as they only team that has yet to suffer a defeat. Although the Spanish side started their Europe adventure with a scoreless draw with Olympiacos in Greece, they managed to raise their performance and secure two straight victories, including the one against Dudelange at home. However, the Andalusians are struggling to maintain consistency, as they’ve lost three out of the previous six matches across all competitions, having wrapped up two triumphs in the process. Moreover, the Verderones have failed to keep a clean sheet in five out of the last six matches, allowing eight goals during that period.

On the other hand, the Rossoneri have clinched two triumphs in the opening two Europa League clashes, having defeated Dudelange and Olympiacos, before the aforementioned loss to Betis. With a 2-point lead over the Greek outfit, the Serie A heavyweights have to walk away from Benito Villamarin with some points in their pocket if looking to increase their chances of advancing to the round of 16. Meanwhile, Gennaro Gattuso’s players have secured three consecutive league successes, including the one against Udinese last weekend, which was the first time AC Milan kept a clean sheet in Serie A this season. 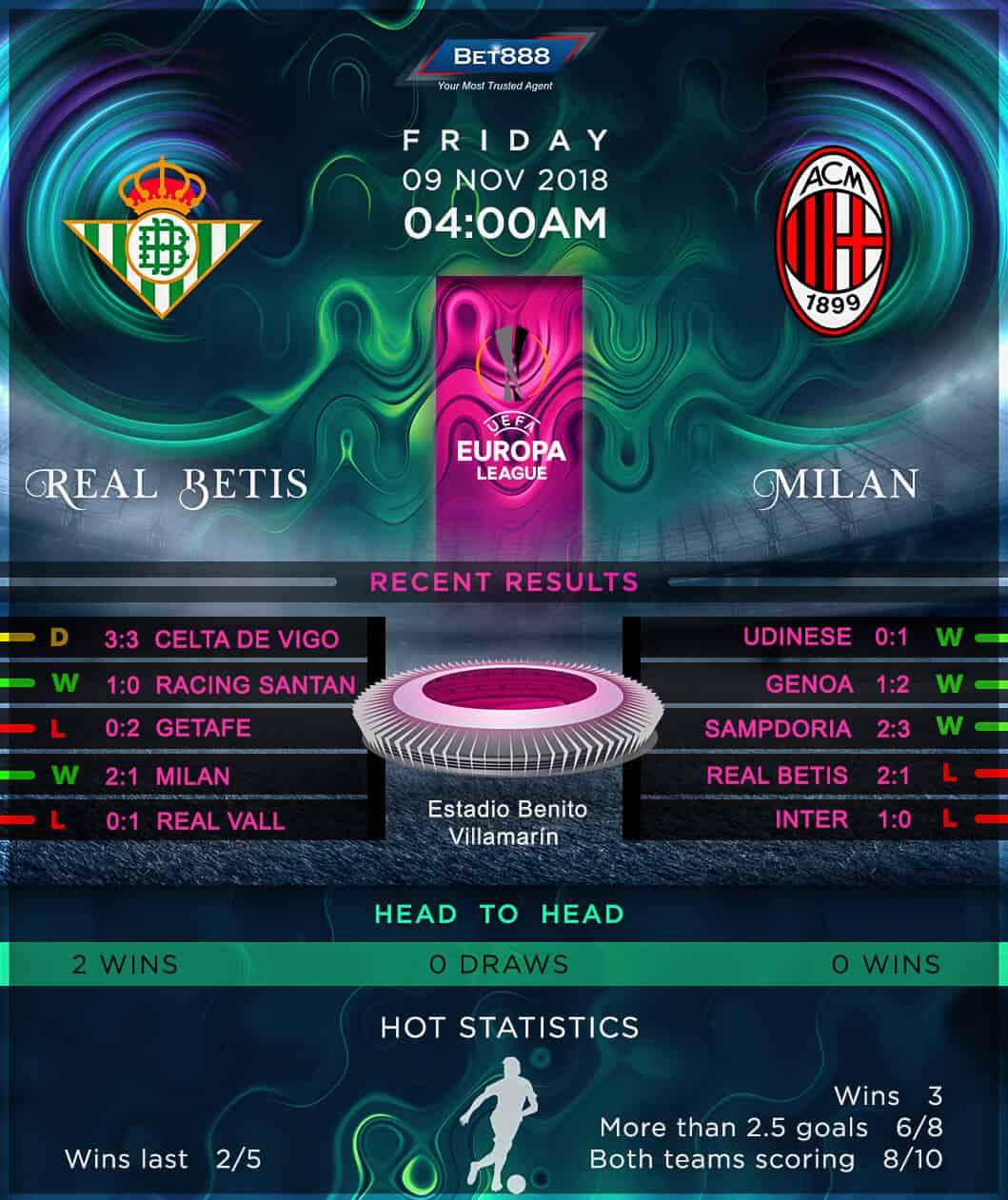