Napoli have once again demonstrated that Italian clubs are not interested in playing in the Europa League, as they’ve easily lost 3-1 to RB Leipzig at the Stadio San Paolo. The Light Blues are entirely concentrated on winning the Serie A title after almost 30 years, and they have shown no desire whatsoever to give 100% of what they have to get a positive result against the German visitors. The Bulls will hardly throw away a two-goal lead, as they are determined to succeed on the international scene, especially considering the fact they have no chance of closing the gap on Bayern Munich in the national championship after a 2-1 loss to Eintracht Frankfurt. Ralph Hasenhuttl’s team has scored in each of their home matches this season, while Napoli managed to keep a clean sheet five times in their last ten road games.

Fabio Coltorti and Marcel Halstenberg will watch the game from the stands, as they are both sidelined due to injuries. However, Timo Werner and Yussuf Poulsen are expected to take their place in the starting lineup after coming off the bench against Frankfurt.

Vlad Chiriches and Faouzi Ghoulam are still out of the squad, but Mauricio Sarri could decide to give Arkadiusz Milik some minutes to get him back to competitive form. 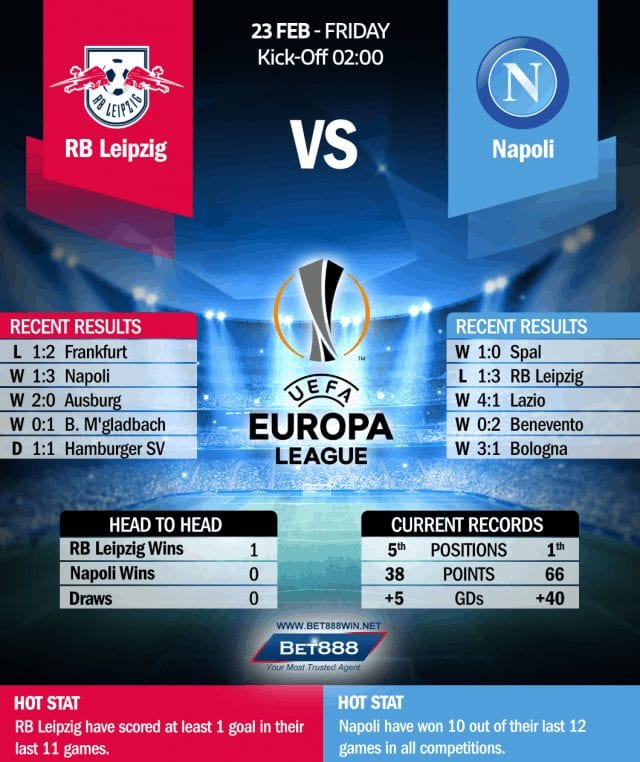