After suffering a narrow 1-0 loss to RB Salzburg in the Europa League clash, RB Leipzig will host the in-form Borussia Monchengladbach side to the Red Bull Arena looking to extend an impressive 6-game lossless home run in the Bundesliga.

Although last weekend’s 1-0 defeat to Wolfsburg brought Leipzig’s outstanding 10-game Bundesliga lossless streak, the Bulls are relying on the fact they are yet to lose to Borussia Monchengladbach in the German top tier. The hosts have racked up six consecutive clean sheets across all competitions at home, while they have managed to score a minimum of two goals five times in the run. Ralf Rangnick’s men have conceded ten goals in their opening 12 Bundesliga games, as no other German side allowed fewer goals than them. But, Rangnick’s potential problem could be the fact his players have failed to find the back of the net three times in the last five league matches.

On the other hand, the Borussia Monchengladbach are enjoying a fruitful Bundesliga campaign, as they currently sit second in the table with a record of eight wins, two draws, and two losses. The Foals won five out of their previous six league clashes, scoring 18 goals while conceding five in the run. Only Borussia Dortmund scored more goals than the Borussians this season, as Dieter Hecking’s players bagged 30 goals in 12 Bundesliga fixtures. The visitors are one of only four German teams that have managed to score at least one goal in every single match since the start of the season. Moreover, Hecking’s men have scored a minimum of two goals on ten occasions so far, which is an absolute record in the Bundesliga at the moment. 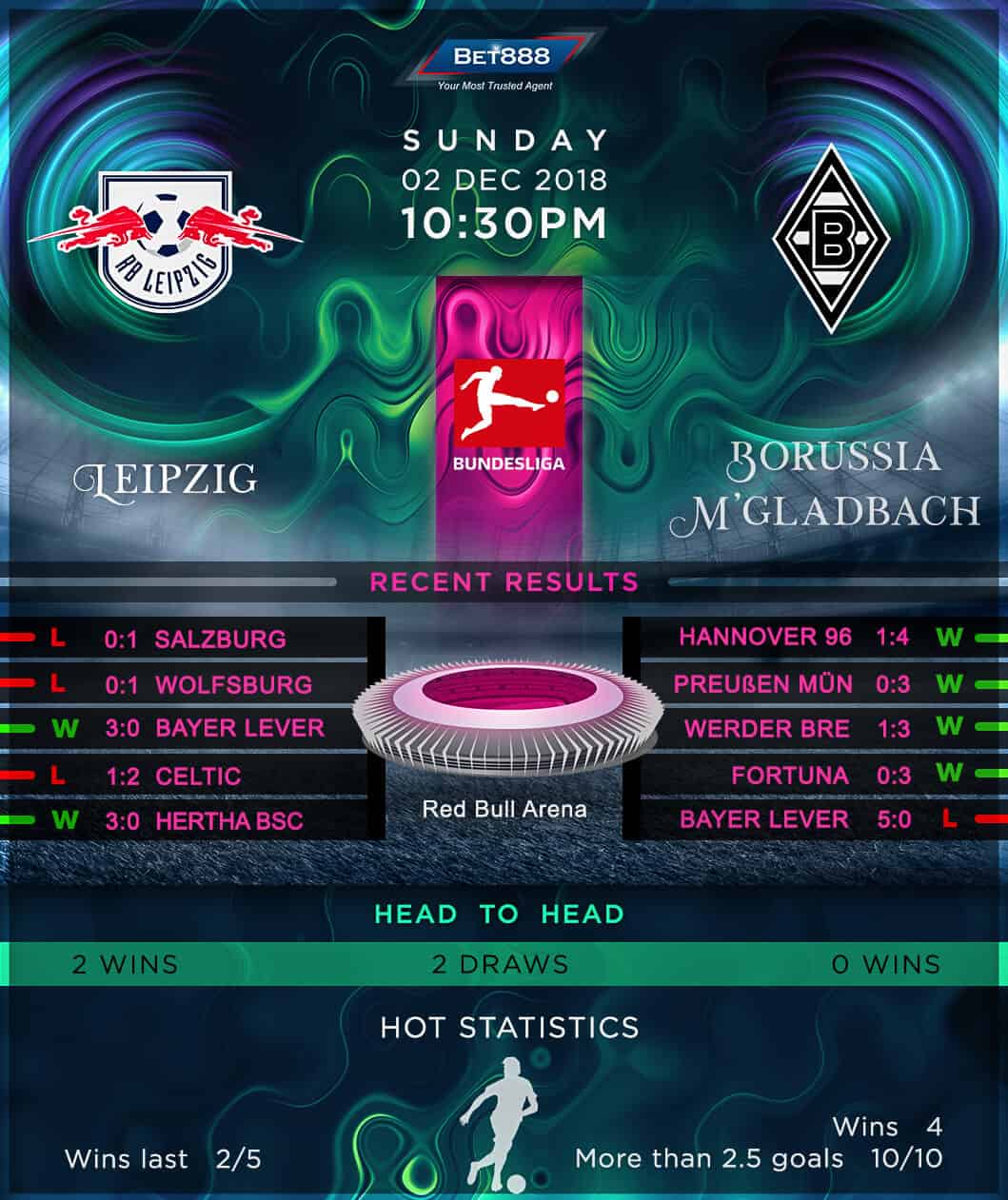