Since claiming a 2-1 win at Persebaya Surabaya in mid-September, RANS Nusantara have alternated between draws (2) and losses (2) in their last four Lige 1 outings. A spell of dreadful form has seen the ‘Prestige Phoenix’ slip into the danger zone as they start this round two points adrift of safety. Relying on home comforts to provide them with safe heaven would tuck them into a false sense of security, considering Rahmad Darmawan’s men have picked up just one triumph across six home league fixtures this term (D3, L2). Yet with five of those six clashes seeing both teams on the scoresheet, back-and-forth action could highlight the affair at the Pakansari Stadium.

On the other hand, despite drawing a blank in back-to-back league matches in the build-up to this encounter (D1, L1), Bhayangkara played down the odds to hold title-bidding PSM Makassar to a goalless draw last time out. They’ll need to replicate that defensive resilience here if they’re to halt an underwhelming run of three consecutive away league defeats, two of which came ‘to nil.’ Indeed, among sides starting this round outside the drop zone, the ‘Guardians’ have netted a third-fewest 13 league goals this season. That switches the focus on their underperforming backline that has kept just one clean sheet across six top-flight road trips this term. 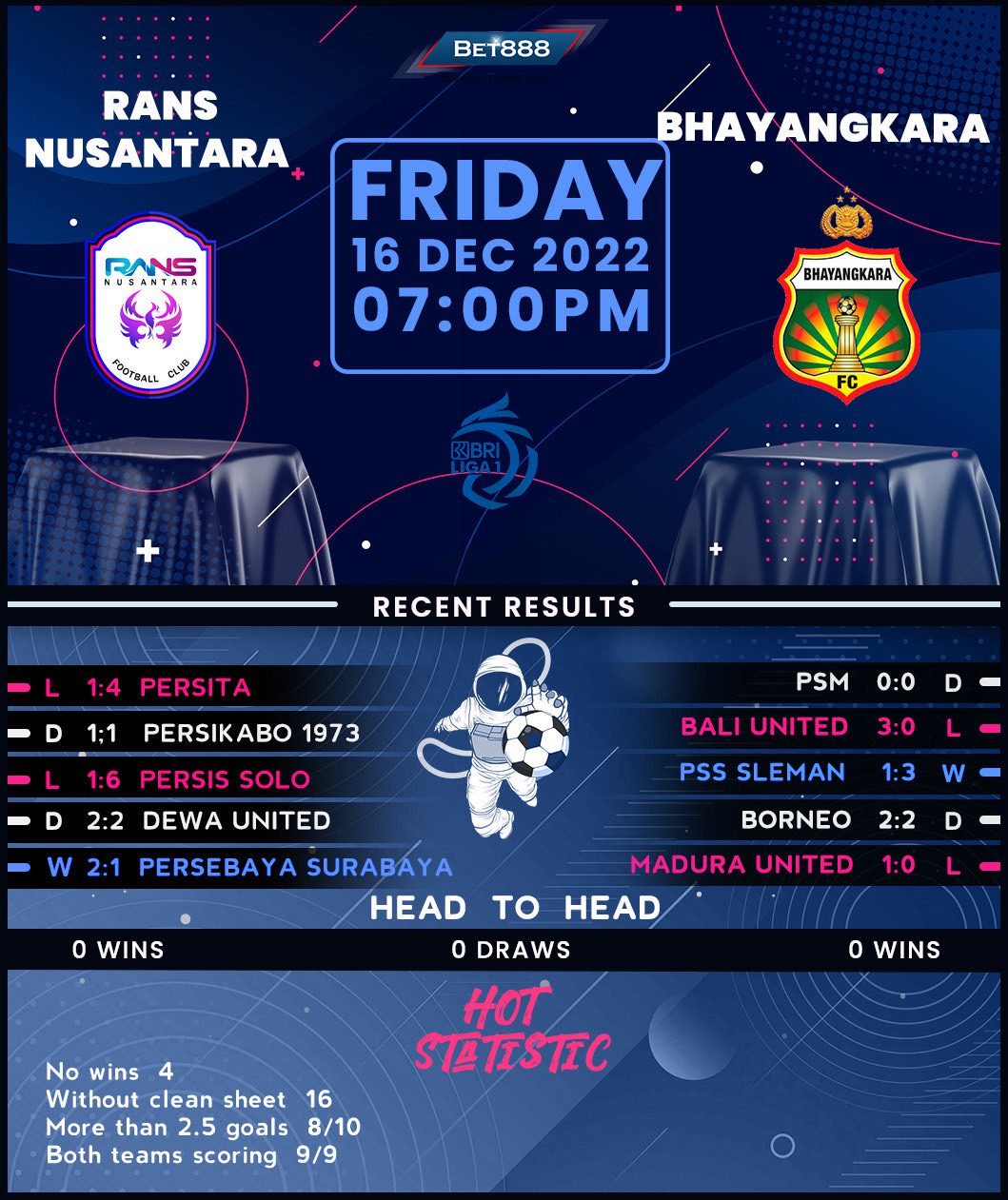