Azersun Arena is the venue as Qarabag and Ferencvaros go head-to-head in the first leg of their Champions League third-round qualifying tie.

Qarabag’s bid to qualify for the Champions League group stages for the first time since 2017/18 has seen them overcome the likes of Lech Poznan and Zurich in the two previous playoff rounds. After going down 1-0 in Poland, the Azerbaijani champions thrashed Lech 5-1 in the return fixture at home and went on to beat Zurich 3-2 in the following round. A brace of qualifying home victories has taken Qarabag’s unbeaten home streak to 11 matches (W9, D2), a run spanning back to the end of February. Qarabag’s last three Champions League outings have witnessed an average of 4.66 goals per game, highlighting the potential for an action-packed contest. Worryingly, though, Gurban Gurbanov’s men have failed to keep a clean sheet in their last six competitive fixtures (W4, D1, L1).

In the meantime, after ousting Tobol 5-1 on aggregate in the inaugural qualifying round (0-0 A, 5-1 H), Ferencvaros pulled off a second-leg comeback to see off Slovan Bratislava last time out (1-2 H, 4-1 A). Coming into their first-ever meeting with Azerbaijani opponents, the reigning Hungarian champions squeezed past domestic rivals Puskas Academy 1-0 in their opening league fixture of 2022/22. The ‘Green Eagles’ are aiming to uphold an outstanding 13-match unbeaten streak away from home (W10, D3) that stretches back to late January. Six of Ferencvaros’ last seven competitive away matches have seen both teams on the scoresheet, suggesting the Azersun Arena crowd could witness an enthralling end-to-end action. 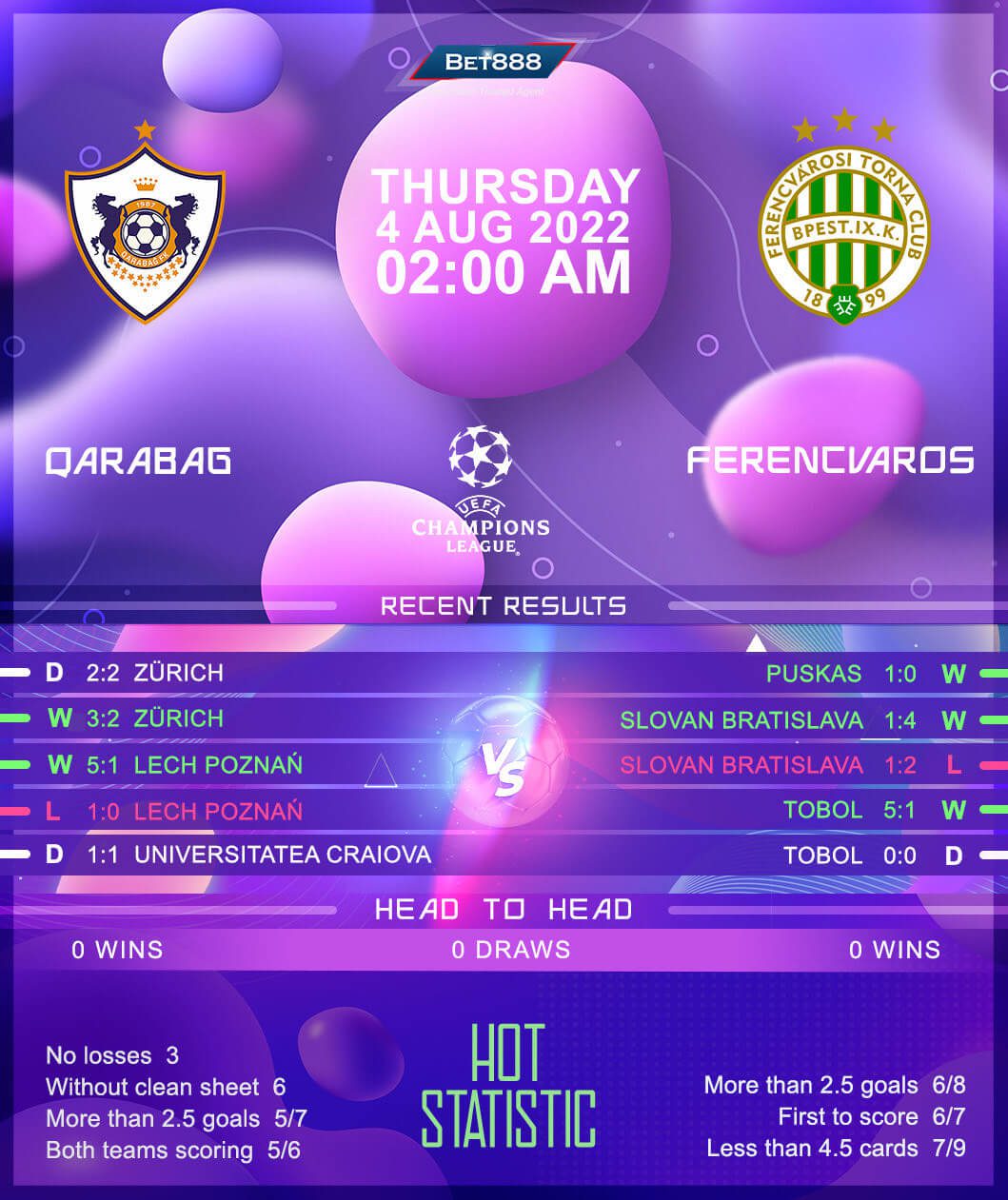