PSV eked out a dramatic 2-2 draw in a topsy-turvy first-leg encounter at Ibrox Park to fuel their hopes of reaching the Champions League group stages for the first time since 2018/19. New manager Ruud van Nistelrooy has enjoyed a stellar start to his managerial tenure in Eindhoven, with the ‘Peasants’ going unbeaten in all six competitive matches under his tutelage (W3, D3), including a 5-3 thumping of arch-rivals Ajax in the Dutch Super Cup in July. They transferred their outrageous form into the new domestic season, winning both league fixtures by an aggregate score of 9-3. An impressive spell of form under van Nistelrooy has bolstered PSV’s confidence as they aim to arrest a three-game winless streak against Rangers on home soil (D1, L2).

On the other hand, visiting Rangers put their fighting spirit on full display at the weekend to hold domestic opponents Hibernian to a dramatic 2-2 draw despite being reduced to ten men. Except for a 2-0 first-leg defeat at Royale Union SG in the previous Champions League qualifying round, the ‘Gers’ have gone unbeaten in their remaining six competitive games this term (W4, D2), netting 2+ goals on each occasion. Indeed, Giovanni van Bronckhorst’s men carry a five-match unbeaten streak into this playoff encounter (W3, D2), looking to halt a decade-long hiatus from Europe’s elite competition. However, Rangers’ poor form in away European matches has seen them pick up just one win from their last 11 continental road trips. 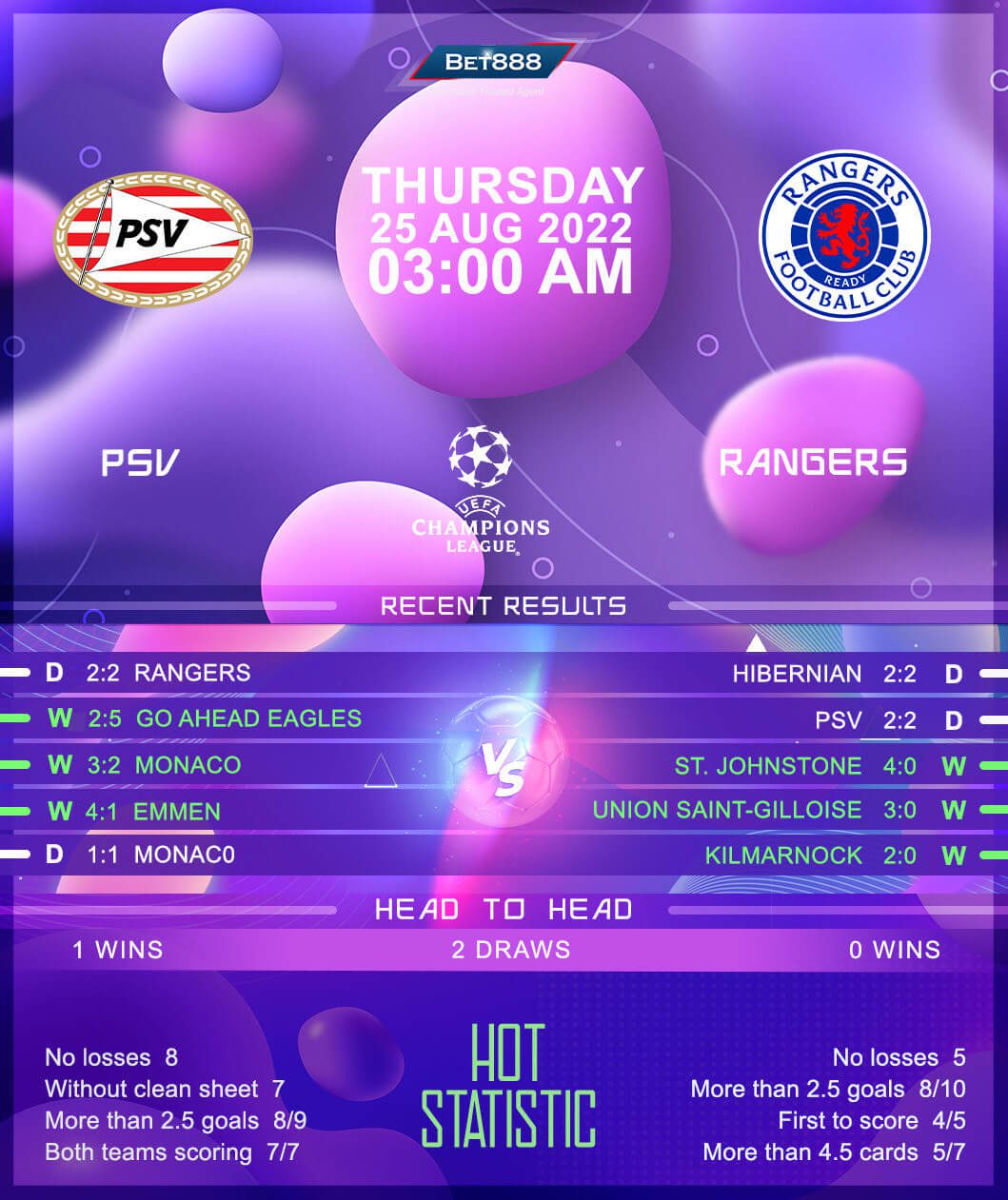