A face-to-face meeting between Dutch champions PSV Eindhoven and the Italian giants Inter Milan that will be taking place at the Philips Stadium will see the hosts searching for their first European points this season.

Although the Farmers showed some promising attacking movements at the Camp Nou on the opening Champions League matchday, they’ve still suffered a humiliating 4-0 loss to the Catalan side Barcelona. However, in the Eredivisie, the Rood-witten comfortably top the table with a maximum of seven victories and a 5-point lead over the arch-rivals Ajax, whom they’ve outclassed in a direct encounter by three goals to nil. In the last four league fixtures, the holders have notched 18 goals while conceding just one in the process, as Mark van Bommel hopes to see his players delivering the same performance on the European stage.

Meanwhile, the Nerazzurri have performed the most unexpected comeback in the Champions League opener, recovering from a goal down against Tottenham Hotspur in less than 10 minutes, to clinch a 2-1 victory. A stunning triumph over the Premier League heavyweights has had a positive impact on the Milanese side that secured three straight league wins after that, defeating Sampdoria, Fiorentina, and Cagliari. Additionally, in the previous two away games, Luciano Spalletti’s team managed to keep a clean sheet and achieve significant victories, which fired them back to the Champions League promotion race.

According to the latest reports, both managers will have all of their key players fit and ready for the big showdown, except for PSV’s Ryan Thomas who is yet to return to full fitness after suffering a knee injury. 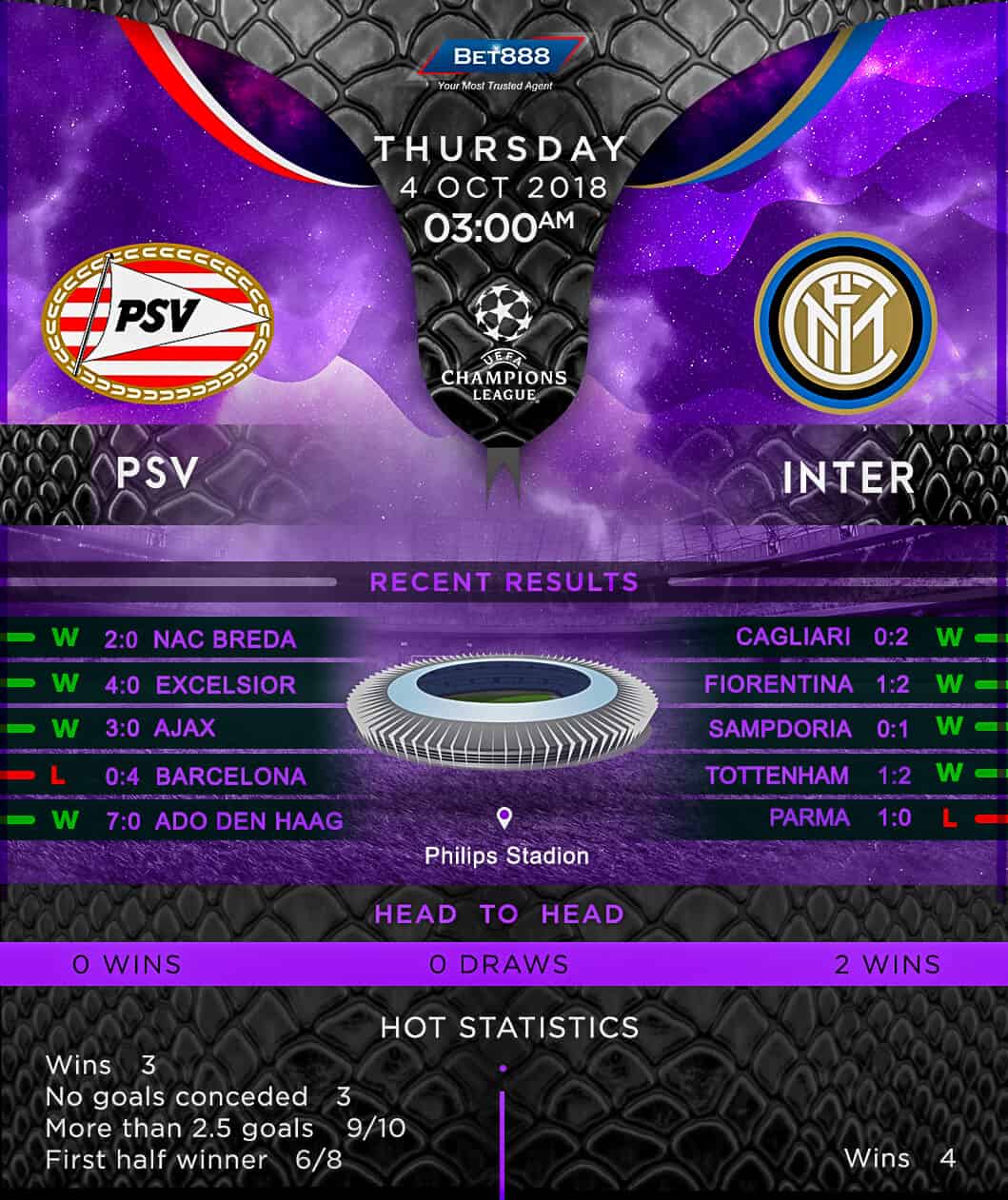