PSV Eindhoven and Barcelona will face-off at the Phillips Stadium, as the hosts hope to get their elusive first Champions League win of the campaign.

Ahead of the round, PSV find themselves bottom of Group B, with almost no chances whatsoever of closing the gap on their group rivals. Their only stalemate in the group stage arrived on home soil, as they have held Tottenham Hotspur to a 2-2 draw thanks to Luuk de Jong’s late equalizer. Only three teams have allowed more goals in the Champions League than PSV this year. The Farmers have conceded a minimum of two goals in all of their four European clashes, including four against Barcelona on the opening matchday. However, it was the only time the reigning Eredivisie champions have failed to find the back of the net so far this campaign.

Sitting top in their respective group, current La Liga holders have secured three wins and played out one draw in their opening four European matches. The Blaugrana will be confident coming into this match, however, as the visitors have lost three out of their four Champions League games and have failed to keep a clean sheet up to this point. But speaking of the defensive displays, the Catalans have conceded a minimum of one goal five times in their previous six meetings across all competitions; including four Betis have bagged them at Camp Nou to end their astonishing 42-game unbeaten home league run. However, Ernesto Valverde’s players have notched a total of 11 goals so far, which makes them the second-best attacking crew in the Champions League. 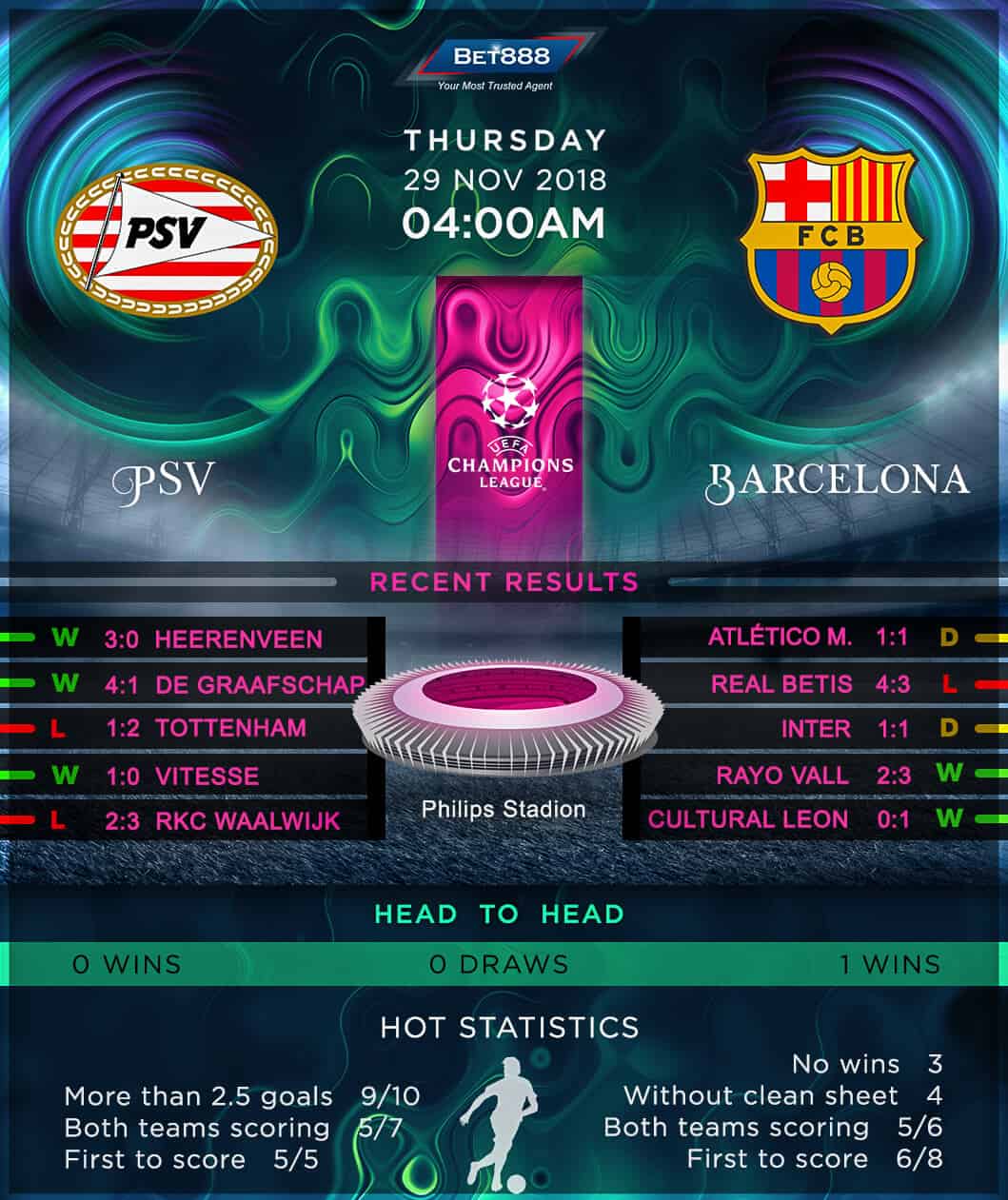