A pair of scoring blanks in the build-up to this round (D1, L1), including a dismal 1-0 home defeat to Madura United last time out, has seen PSM Makassar slip to fourth in the Liga 1 standings. But with a single point separating them from table-topping Borneo, their hopes of retaining the league crown are still alive. Before losing to Madura, Makassar had enjoyed a jaw-dropping five-game winning streak in home league matches, dispatching their rivals by multi-goal margins on four occasions. Another clear-cut win could be on the cards, even though they’ve alternated between victories (2) and defeats (1) across their last three top-flight home H2Hs.

On the other hand, PSIS Semarang eked out a narrow 1-0 triumph at PSS Sleman last time out, making it three wins ‘to nil’ in four league fixtures (L1). Despite enjoying an eye-catching upturn in form, the visitors are still closer to the relegation zone than the top-table race, mainly due to their indifferent away form. That victory at Sleman marked only their second top-flight victory in eight games on hostile turf this season (D2, L5), though both have come on their last two travels. The ‘Warak Dragons’ remain hellbent on improving their paltry scoring return on the road, having netted an embarrassing average of 0.87 goals per away league match this term. 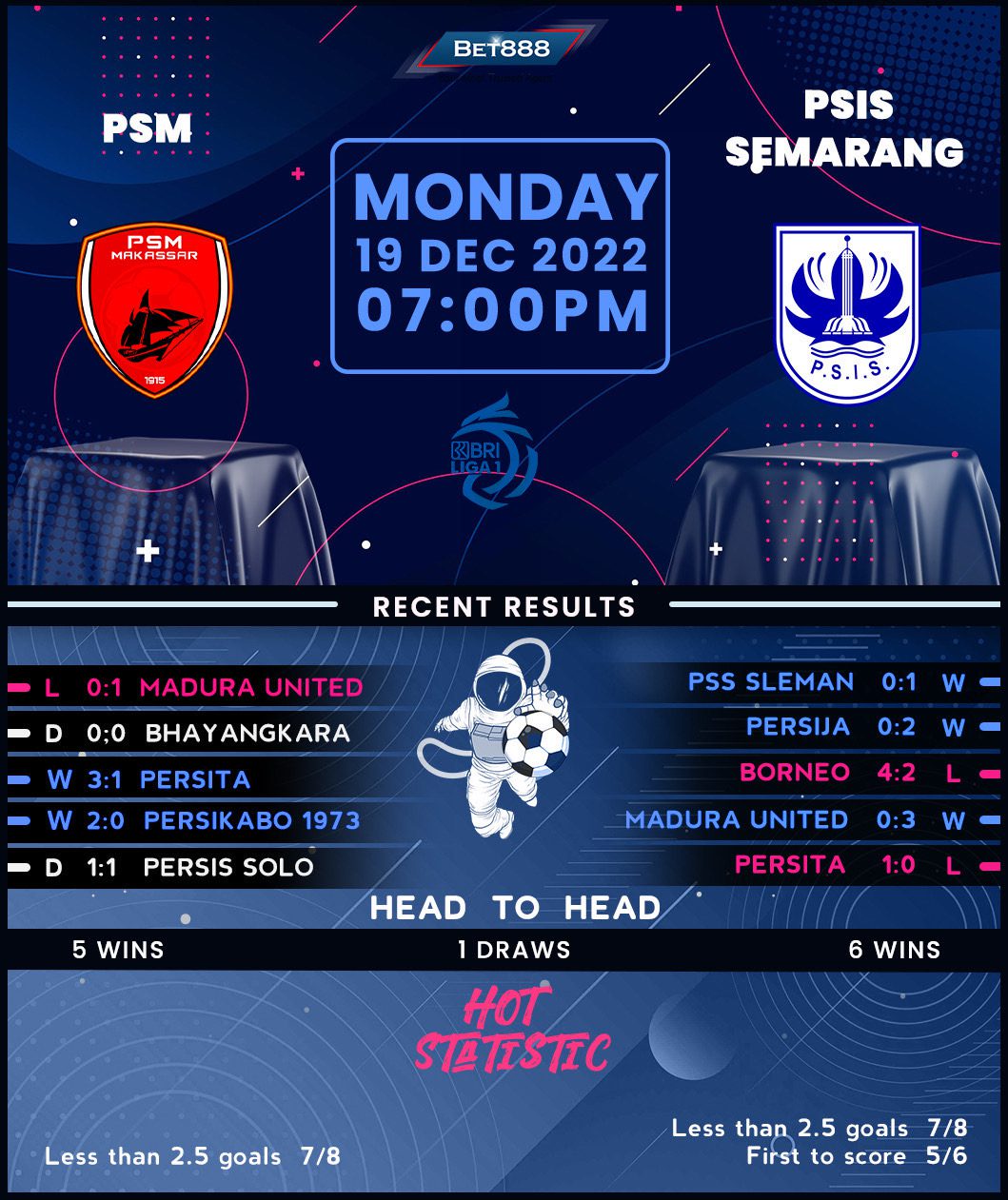