Less than two weeks since locking horns in a blockbuster World Cup final won by Argentina, Lionel Messi and Kylian Mbappe will reunite to help PSG maintain their five-point lead at the top of the Ligue 1 standings. As the only side in Europe’s top-five leagues yet to lose a single competitive match this season, ‘Les Parisiens’ headed into the mid-season break on the back of five consecutive league victories, three of which saw them score 3+ goals. Christophe Galtier’s free-scoring side could have a field day again, as they’ve netted three or more goals in each of their last four top-flight H2Hs against Strasbourg (W3, D1). Impressively, the reigning French champions haven’t lost any of their 36 home outings in all competitions (W30, D6) since losing to Manchester City in the Champions League in April 2021.

In stark contrast to PSG’s outrageous spell of form, Strasbourg went into the mid-season hiatus winless in five Ligue 1 games (D3, L2), deeply embroiled in a relegation battle. Having won a league-low one match in Ligue 1 this season (D8, L6), it’s no wonder ‘Le Racing’ are one of the hottest relegation candidates. Though their solitary league success in 2022/23 was a 3-2 beating of rock-bottom Angers on the road, Strasbourg cannot expect much at the Parc des Princes, where they’ve lost their last two league visits via an aggregate score of 8-2. On top of that, Julien Stephan’s men have managed just two victories across their previous 14 away matches in Ligue 1 (D7, L5). 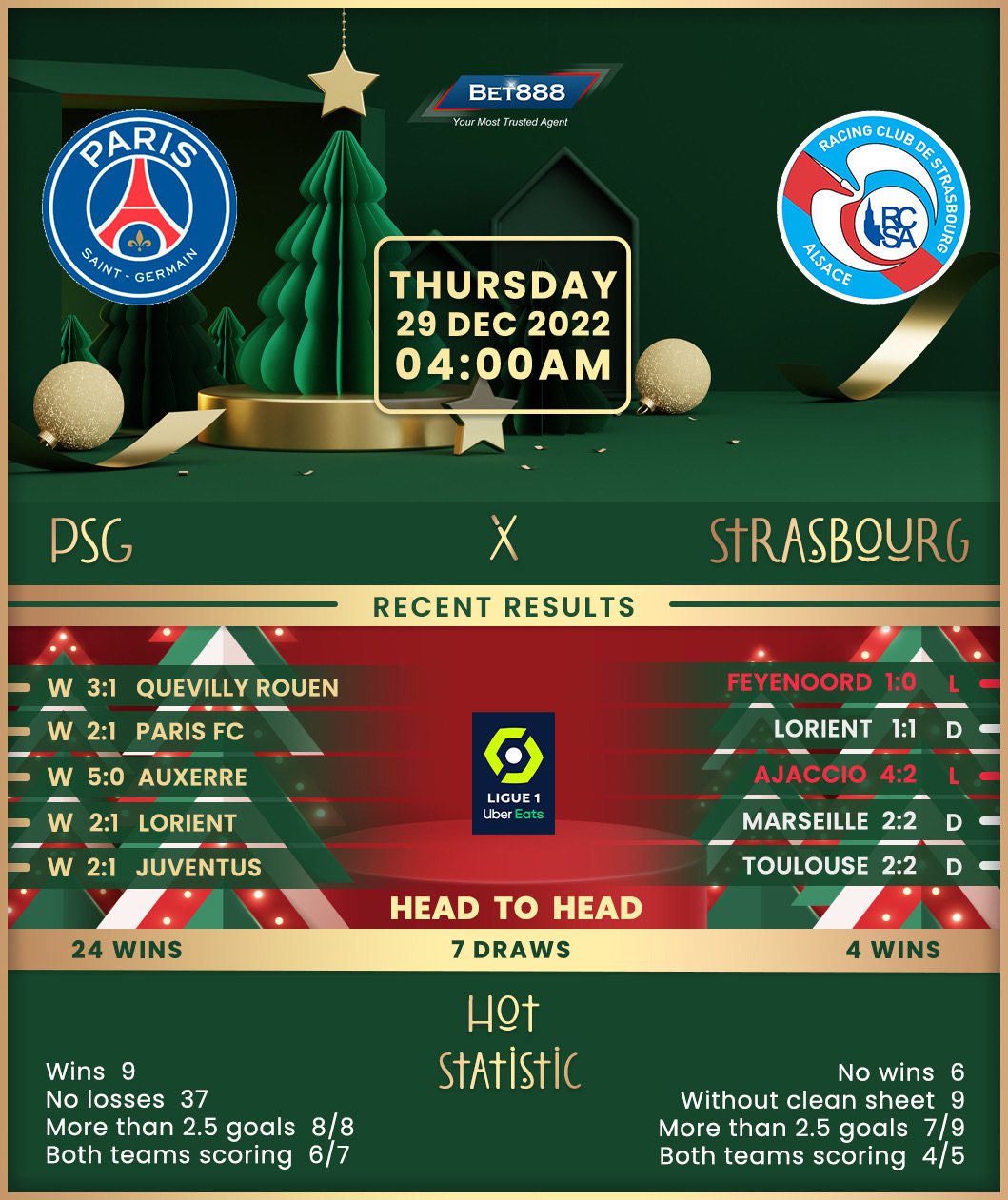