New manager Christophe Galtier has turned PSG into a terrifying team to play against, with ‘Les Parisiens’ opening the new season on a run of four domestic victories and an intimidating +18 goal difference (GF:21, GA:3). Galtier’s side hammered former Ligue 1 champions Lille 7-1 last time out to make it three wins out of three league outings this term, netting a staggering 5+ goals on each occasion. Though it’s still an early season, it’s fair to say PSG are going to sail to a record-breaking 11th Ligue 1 title. Adding to this sentiment, they are unbeaten in their last 23 top-flight matches on home turf (W20, D3), scoring precisely five goals in the most recent two. Delivering action from the get-go, they’ve bagged 2+ first-half goals in all three league fixtures this term.

On the other hand, Monaco’s abysmal start to the season saw them bow out in the Champions League qualifying at the hands of PSV Eindhoven, with the pressure starting to mount on manager Philippe Clement. Except for a 2-1 win at Strasbourg on the opening weekend, ‘Les Monégasques’ have gone winless in consecutive Ligue 1 games (D1, L1), including a morale-crushing 4-1 home defeat to Lens last weekend. Another sub-par performance could put the final nail in Clement’s coffin, but there’s still hope that Monaco can defy the odds in Paris. Indeed, the visitors have racked up three victories across their last four league meetings with PSG (L1). Yet, they’ve lost three of their five previous top-flight visits to Paris (W1, D1). 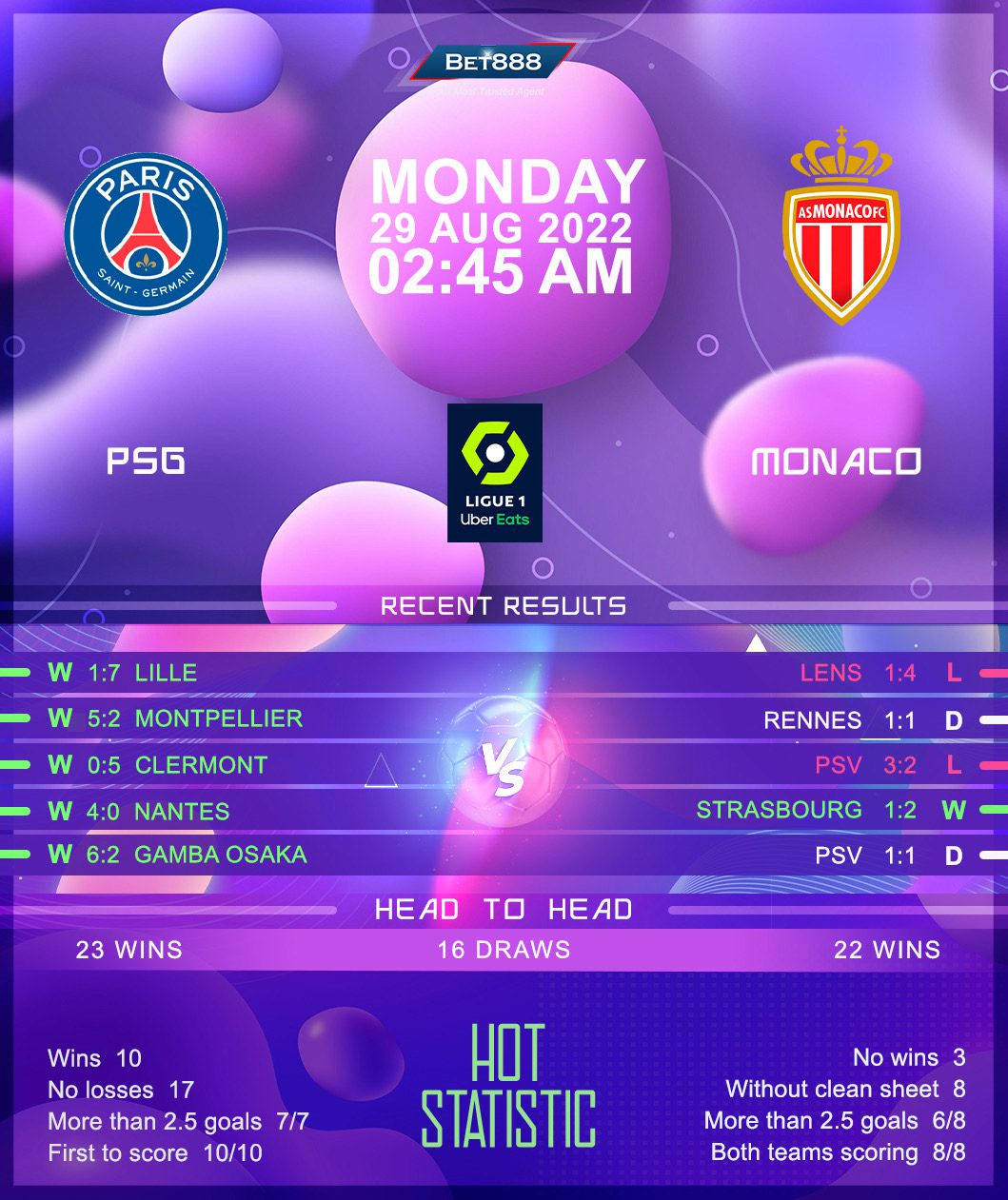