The current European champions, Portugal, will host Tunisia at the Estádio Municipal de Braga as part of their World Cup preparations looking to make it up to the home fans following a miserable 3-0 defeat to the Netherlands last March. A Seleção das Quinas have finished top of their qualification group ahead of Switzerland, while Tunisia finished the qualifying process without a single loss winning four out of six games in their respective group, securing their first World Cup appearance since 2006. Fernando Santos’ team have defeated Saudi Arabia and Egypt and played out a 1-1 with the United States before that fiasco with the struggling Dutch team. As for the Eagles of Carthage, they’ve won both of their friendly matches against Iran and Costa Rica, both by a narrow one-goal margin. Despite the lack of star players in their ranks, Nabil Maâloul’s side has demonstrated transcendent team spirit and impressive defensive performance, conceding only four goals in their last seven matches.

The only time in history Portugal and Tunisia faced each other was in 2002 in a friendly game that ended in a 1-1 draw.

Fernando Santos has decided to leave Eder, Fabio Coentrao, and Andre Gomes out of the squad due to pretty unconvincing displays they had with their respective clubs last season. On the other hand, Tunisia will be without their star striker, Youssef Msakni, who suffered a severe injury that will see him skipping the World Cup. However, Nabil Maâloul can count on all of his 12-European based players, including Ellyes Skhiri, Bassem Srarfi, Naim Sliti, Wahbi Khazri, and Oussema Haddadi, all competing in the French Ligue 1. 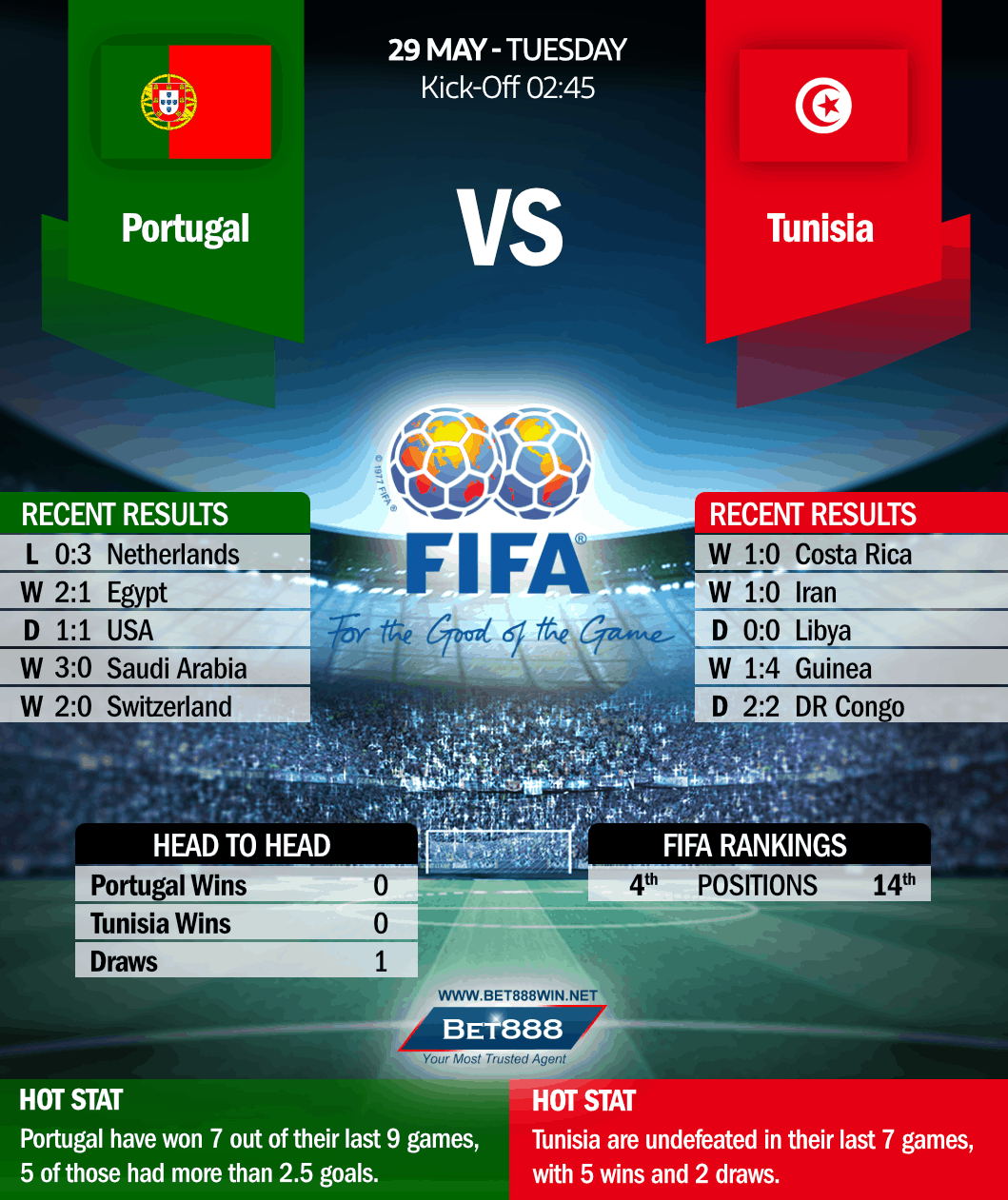