One last place in the 2022 World Cup quarter-finals is on the line as Portugal and Switzerland face each other at the Lusail Iconic Stadium.

Portugal became one of the first nations in Qatar to book tickets for the knockout stages, courtesy of winning both opening Group H matches against Ghana and Uruguay via an aggregate score of 5-2. That allowed boss Fernando Santos to rest numerous first-team stars in a morale-damaging 2-1 defeat to Korea Republic last time out. Portugal’s proneness to taking matters into their own hands has seen them open the scoring in eight of their last nine World Cup fixtures, including all three in this tournament’s group stages. Interestingly, that fiasco against Korea marked their first-ever loss in a World Cup game after breaking the deadlock, with the ‘Selecao’ going unbeaten in all 18 such contests beforehand (W15, D3). So scoring first could be of paramount importance to Portugal’s bid to reach the World Cup quarter-finals for the first time since 2006.

In the meantime, Switzerland claimed a runner-up spot in a highly-competitive Group G, finishing below five-time world champions Brazil but clear of Cameroon and Serbia. Apart from a 1-0 defeat to the South American heavyweights, ‘La Nati’ won both remaining group encounters via a single-goal margin, including a 3-2 beating of Serbia last time out. Curiously, from the 2010 World Cup onwards, none of Switzerland’s five matches against fellow European rivals at the tournament have ended as a draw (W3, L2). With three of those five games featuring over 2.5 goals and both teams on the scoresheet, you’d be forgiven for expecting a high-scoring affair. But that may not be the case, considering three of Switzerland’s last four World Cup outings have yielded an identical 1-0 scoreline (W2, L1). 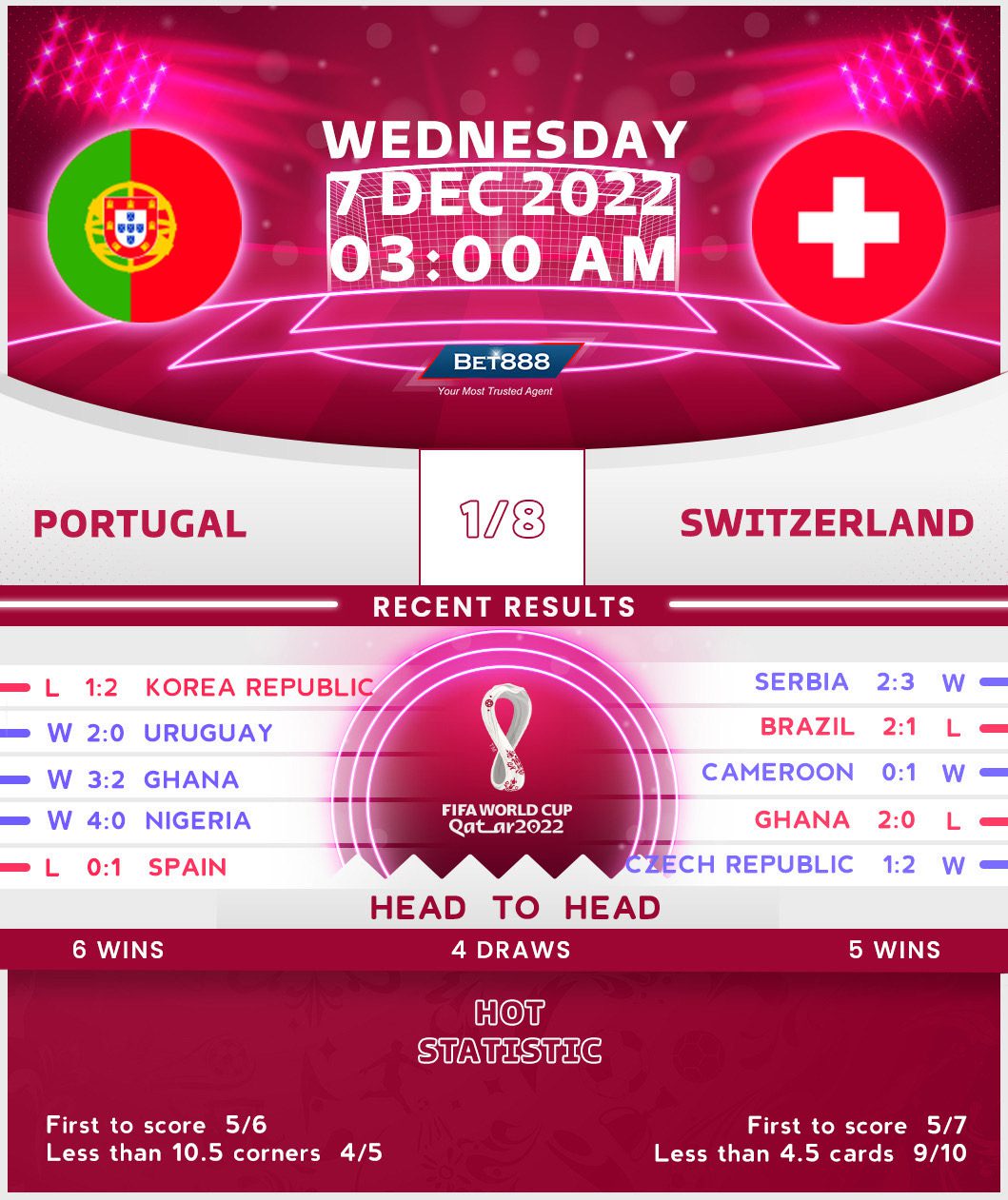