Two of the favorites to advance to the knockout stage from Group B, Portugal and Spain, are set to face off against each other at the Fisht Olympic Stadium in Sochi, in a match that will decide the winners of the Group B in all likelihood. In addition to Spain and Portugal, Morocco and Iran are two remaining teams that comprise the second World Cup group, and considering the quality of the respective teams, the two European giants should be the ones to go past the initial stage of the tournament. The Red Fury had qualified for the 2018 FIFA World Cup with an impressive +33 goal difference and a record of nine wins and one draw out of ten qualifying matches, while A Seleção das Quinas advanced to the final competition from the first spot of their respective group with nine victories and one loss, beating Switzerland on a goal difference.

Both sides failed to shine this year, especially Portugal, who had won just two matches out of a total of five they’ve played in 2018.

Cristiano Ronaldo will start the game from the first minute after rejoining the squad last weekend, while Julen Lopetegui should be happy to see all of his stars fit and ready for the opening match of the tournament. 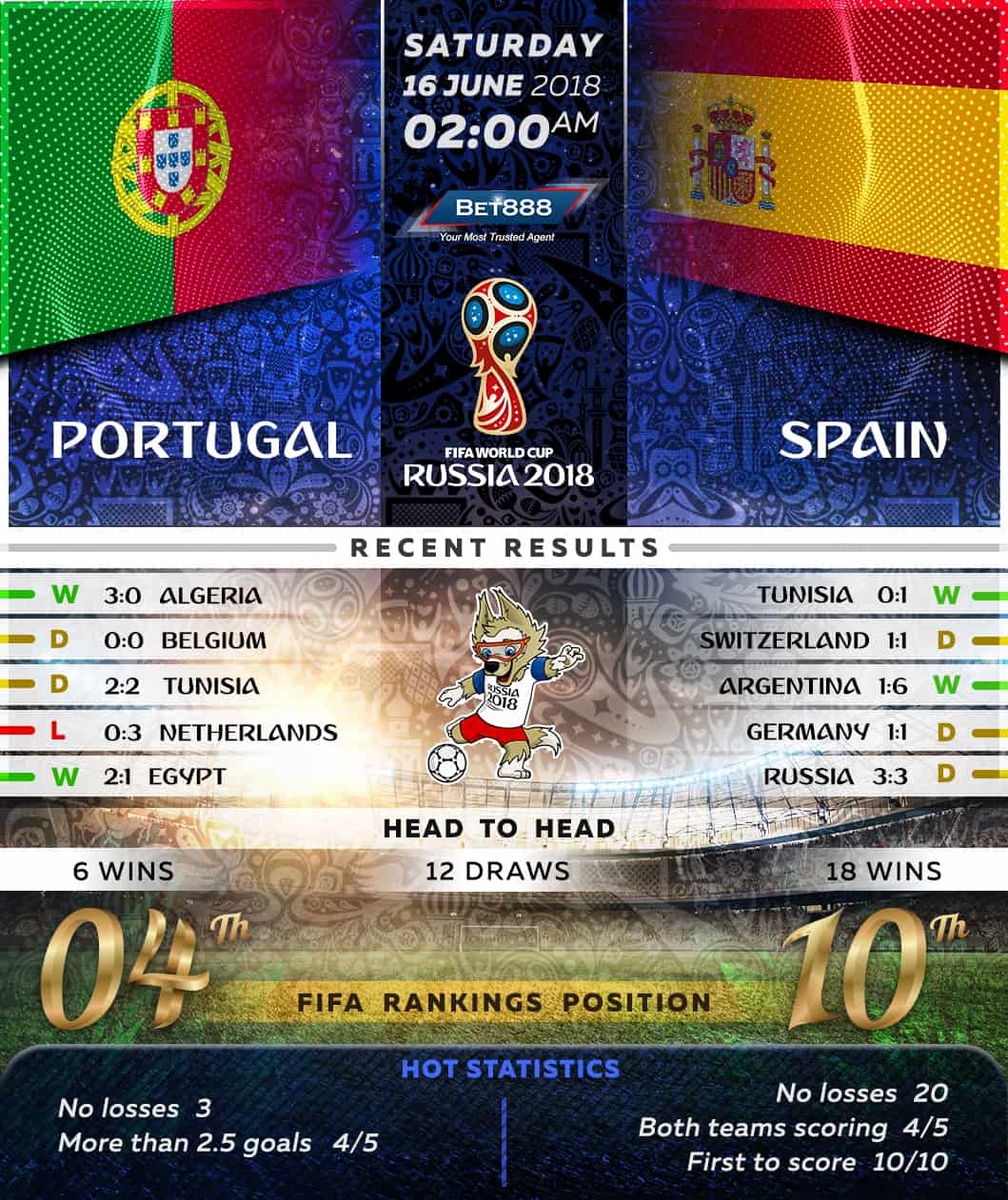