Out-of-sorts Bayer Leverkusen take a trip to the Estadio do Dragao to encounter Porto in a bottom-table Champions League Group B six-pointer.

Porto’s bid to advance to the Champions League knockouts for the second year in a row has been off to a dismal start as the reigning Primeira Liga champions lost both opening Group B matches via an aggregate score of 6-1. After a heartbreaking 2-1 defeat at Atletico Madrid in their group curtain-raiser, the ‘Dragons’ slumped to a horrific 4-0 home loss to the Champions League surprise package Club Brugge last time out. Now at the risk of losing their opening three Champions League outings for only the second time in the club’s history, Sergio Conceicao’s men will fall back on an overwhelming 4-1 home win over bitter domestic rivals Sporting Braga at the weekend. After ending a poor run of back-to-back winless fixtures (D1, L1), Porto will aim to arrest a two-game losing H2H record against Leverkusen.

Meanwhile, visiting Bayer Leverkusen did well to recover from a 1-0 defeat at Brugge on matchday one as they scored twice beyond the 80-minute mark to take down Atletico Madrid 2-0 at home in the previous round. However, ‘Die Werkself’ have failed to impress on their recent Champions League travels, as witnessed by their abysmal return of just two wins from their last 13 away matches in the competition (D5, L6). Additionally, Gerardo Seoane’s lads have lost three of their four most recent Champions League fixtures on foreign soil without scoring, which was the case in an embarrassing 4-0 Bundesliga loss at Bayern Munich over the weekend. But since they’ve yet to lose a Champions League match-up versus Portuguese rivals (W4, D2), the Germans should feel confident about their prospects at Dragao. 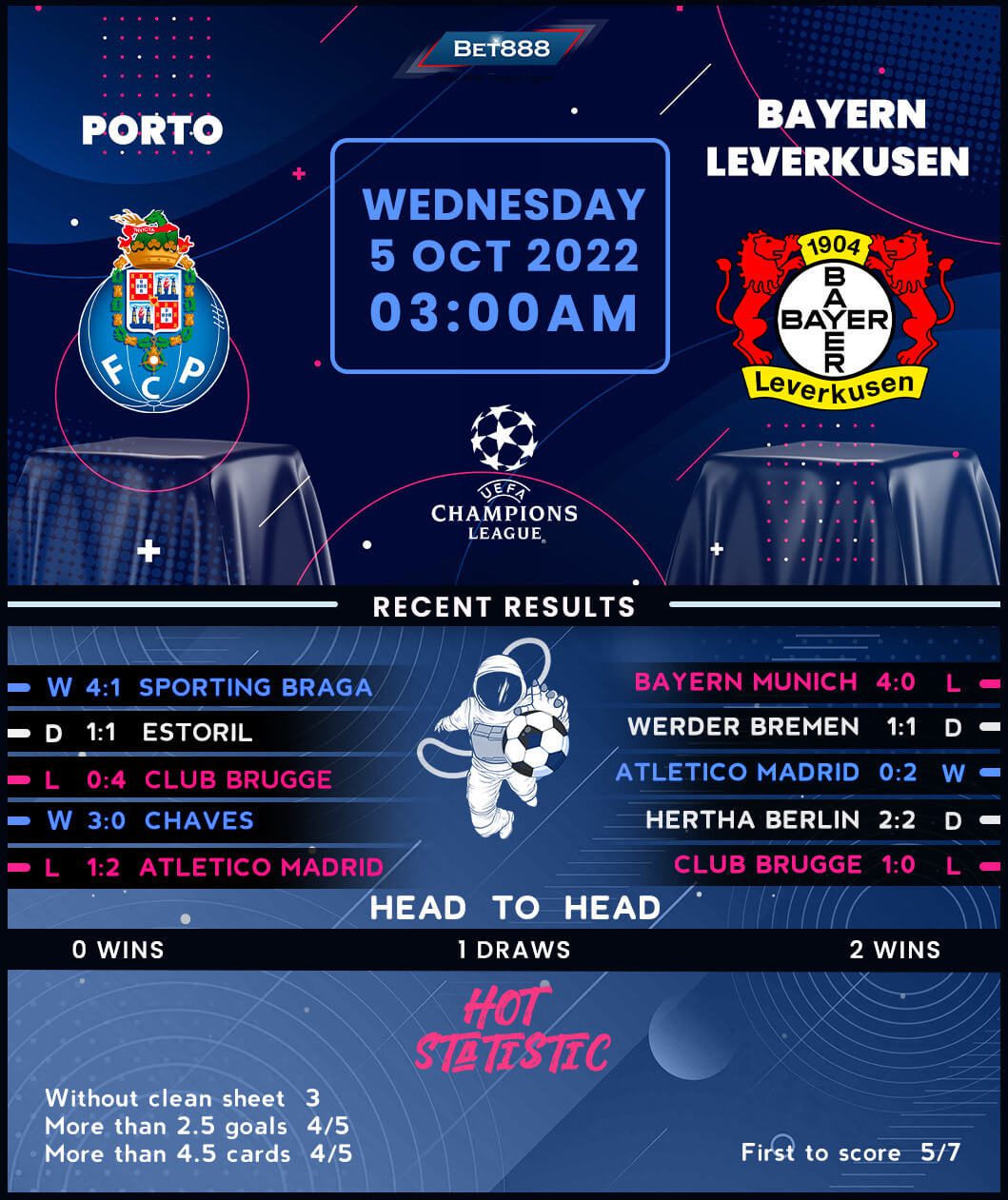