Alongside the likes of Japan and Colombia, Poland and Senegal that are expected to face off against each other at the Otkrytiye Arena in Moscow, comprise Group H, which will in all likelihood be one of the most unpredictable groups in this summer’s FIFA World Cup in Russia. After some stunning performance during the qualification period, the White and Reds deservedly topped their respective qualifying group, with a record of eight wins in ten matches, thus qualifying for the final tournament. After the end of the qualification process, Adam Nawałka’s team contested in six warm-up games, failing to repeat the same displays to those from the qualification, only managing to pull off two victories. As for Senegal, they advanced to the World Cup as a top team of their group, without a single defeat. However, Les Lions de la Téranga have failed to convince this year, as they have featured in five international friendlies in 2018, securing just one victory, while drawing three times in a row.

For the first time in their respective history, these two sides will play against each other at the World Cup, which will also be their first meeting ever.

Robert Lewandowski and Arkadiusz Milik will probably start from the first minute, leading Poland’s attack, with Grzegorz Krychowiak, Piotr Zielinski, and Kamil Grosicki expected to support them from the midfield. Senegal’s attacking department is anything but weaker than that of Poland’s, given the fact Aliou Cissé has Sadio Mane, M’Baye Niang, Balde Keita, and Mame Diouf at his disposal. 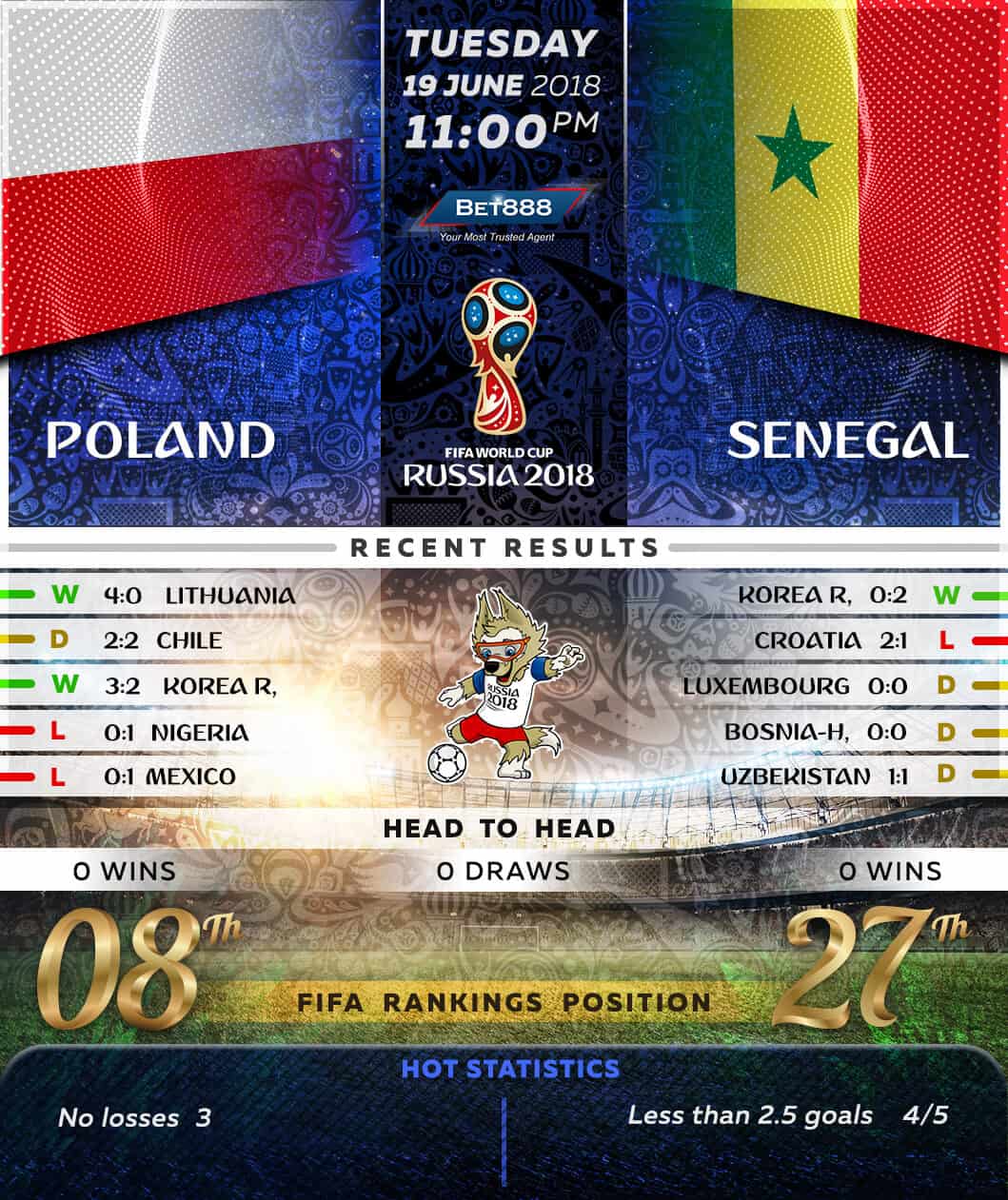