After a disastrous performance and a 2-1 defeat against Senegal, Poland is obliged to take all three points against Colombia, who also disappointed against out favored Japan, losing their opening World Cup match by the two goals to one. The game between the two teams that were considered favorites to advance to the knockout stage will be taking place at the Kazan Arena, with both contestants seeking a win that will keep them in the race for the round of 16. Robert Lewandowski and his fellow countrymen failed to repeat the same display to those of the qualification process when they destroyed all of their respective opponents, making their World Cup journey much harder than expected. As for Colombia, Carlos Sanchez’s 3rd-minute red card put them in difficulty for the remaining 90 minutes against the Samurai Blue, which eventually ended in the worst possible way for Los Cafeteros.

Adam Nawałka thinks of introducing Kamil Glik back to the starting line-up in favor of Thiago Rangel Cionek, who failed to leave upto expectations against Les Lions de la Téranga, while James Rodriguez, who replaced Juan Quintero in the second half of the match against Japan, should return to the starting line-up. 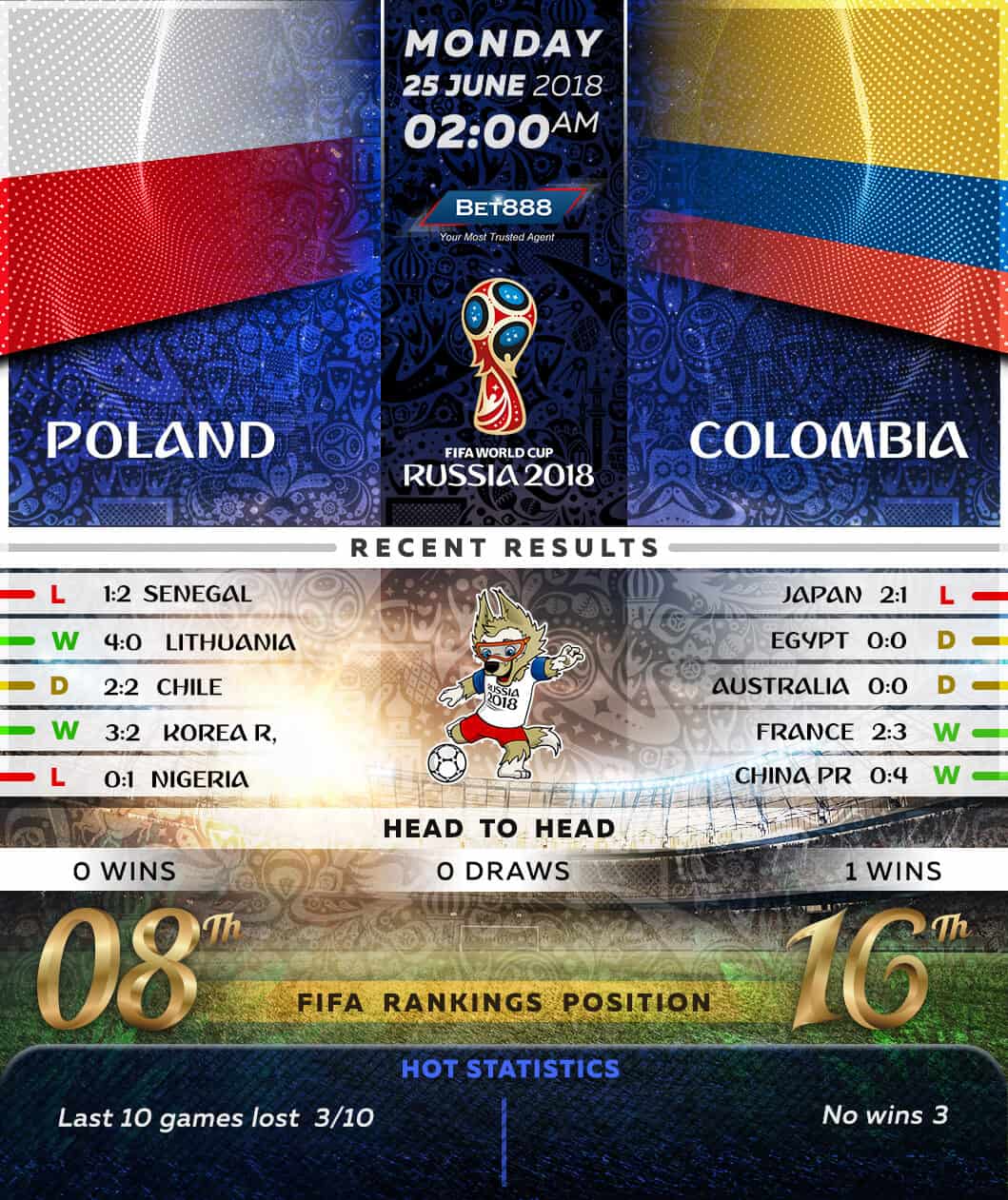