It all comes down to this for Indonesia as they encounter the Philippines in their final 2022 AFF Championship Group A encounter at the Rizal Memorial Stadium.

After a thumping 4-0 defeat to Thailand on matchday three, the Philippines’ hopes of making it out of the AFF Championship group stages for the first time since 2018 are officially dead in the water. Having lost two of their opening three Group A matches (W1), the ‘Street Dogs’ sit four points adrift of second-placed Indonesia at the start of the final round and cannot qualify for the knockouts, no matter the result. They can at least provide neutrals with more excitement, as their three games at the tournament thus far have all featured over 3.5 total goals. An action-packed first half is also on the cards, with each of those three games containing 2+ goals before halftime.

In the meantime, Indonesia fought back from an early second-half deficit to hold pacesetters Thailand to a 1-1 draw last time out but still need three points here to progress without relying on other results. With third-placed Cambodia taking on Thailand, even a draw may suffice, as the Indonesians boast a one-point lead at the start of this round. Shin Tae-young’s men had enjoyed a sublime start to their Group A journey, dispatching Cambodia and Brunei by an aggregate score of 9-1, so confidence should be skyrocketing in the ‘Garuda Team’ camp. However, there’s no room for complacency, considering they’ve won none of their last three H2Hs against the Philippines (D2, L1). 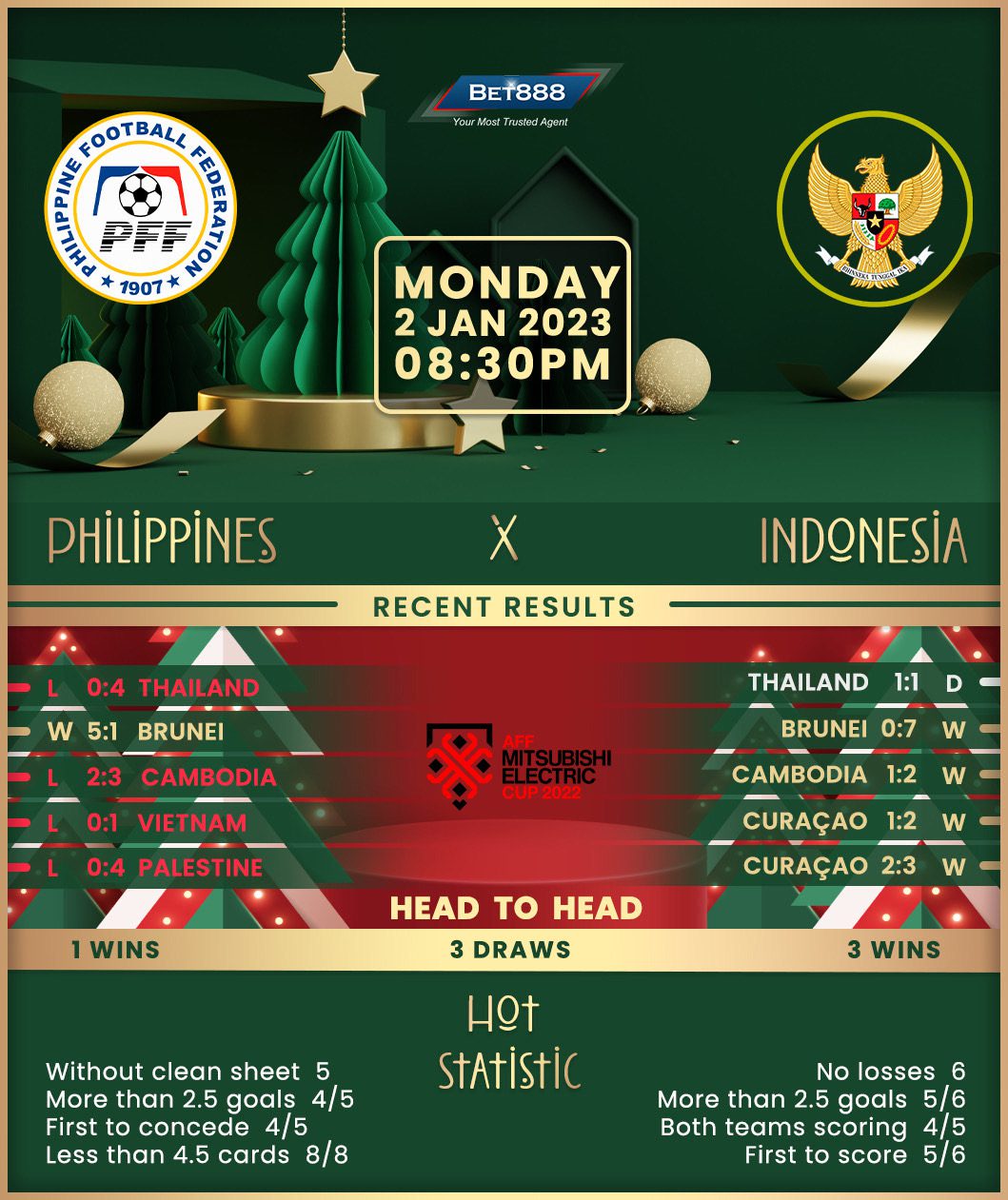