An international friendly meeting between Peru and Chile that shall take place at the Hard Rock Stadium in Miami, Florida will see the La Blanquirroja trying to end a 4-game losing streak to their South American rivals.

Although Los Incas managed to qualify for the 2018 FIFA World Cup, their 5th appearance has ended already after the group stage, where they suffered two defeats, to Denmark and France, before beating Australia in the third game. A poor performance in Russia has had a negative impact on Ricardo Gareca’s players who were outclassed by the Netherlands and Germany in international friendlies soon after the end of the final tournament.

Meanwhile, La Roja, who missed out to qualify for the World Cup, are yet to find their way out of a severe crisis that saw Reinaldo Rueda’s side failing to win four times in the previous five matches. Chile having been held to three draws in the past five games, while they lost once in the process. The 2-time Copa America champions are desperate to return to winning ways, and Rueda could hardly ask for a more suitable opponent than the struggling Peru side.

Miguel Araujo, Jefferson Farfan, Luis Abram, and Cristian Benavente are ruled out by injuries for Peru, with Veracruz midfielder Wilder Cartagena expected to fill the gap in the center of the park. As for Chile, Manchester United’s Alexis Sanchez headlines a 24-man roster, with Benfica’s Nicolas Castillo expected to partner the former Arsenal forward in the final third. 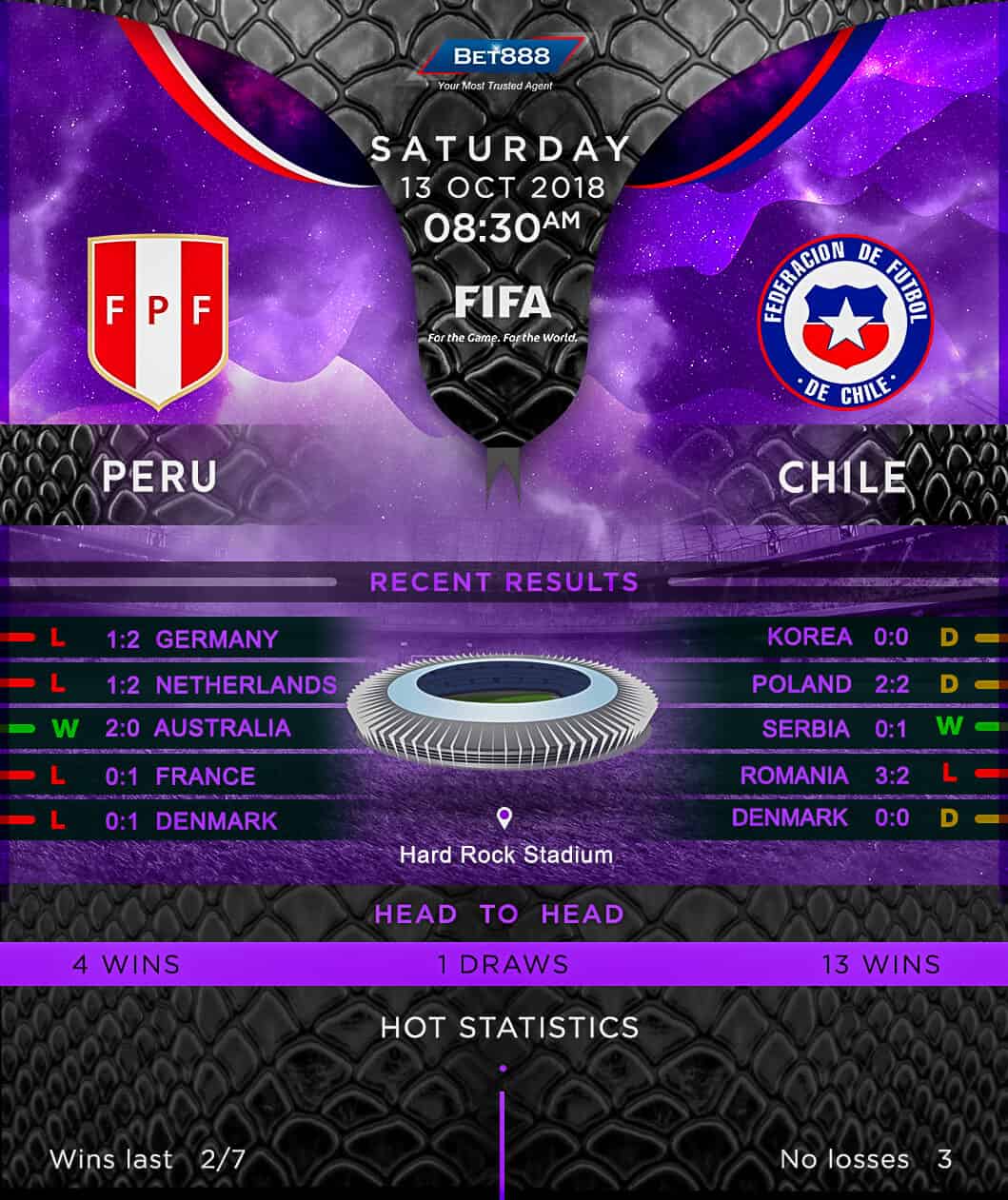