Paris Saint-Germain and Napoli will face each other in the Champions League Group C, with the match scheduled to take place at Parc des Princes.

The Parisians are one of the most dominant Europe sides at the moment, having secured a maximum of 30 points in the Ligue 1 with a stunning +31 goal difference. Although they’ve started the new Champions League campaign off on the wrong foot, with Liverpool defeating the French holders by three goals to two at Anfield, Thomas Tuchel’s team swiftly returned to winning ways, having demolished Red Star Belgrade 6-1 at home in the following round. The Red and Blues have featured in seven home matches this season, scoring a total of 30 goals in the process, as they have the best-attacking record of all European clubs.

Meanwhile, Gli Azzurri were held to a 0-0 draw to Red Star on the opening matchday, after which they’ve clinched a precious 1-0 triumph over Liverpool at home, as they currently top Group C. The Partenopei are at the moment the only undefeated team in their respective group, as Carlo Ancelotti hopes to see his side extending an encouraging 3-game winning streak.

Gianluigi Buffon, Dani Alves, and Layvin Kurzawa are all ruled out by injuries, while the appearances of Angel Di Maria and Marco Verratti still hang in the balance. As for the visitors, Ancelotti will have to deal with injuries of Alex Meret, Vlad Chiriches, Faouzi Ghoulam, and Adam Ounas, praying to see Lorenzo Insigne and Simone Verdi getting back to full fitness ahead of the big showdown. 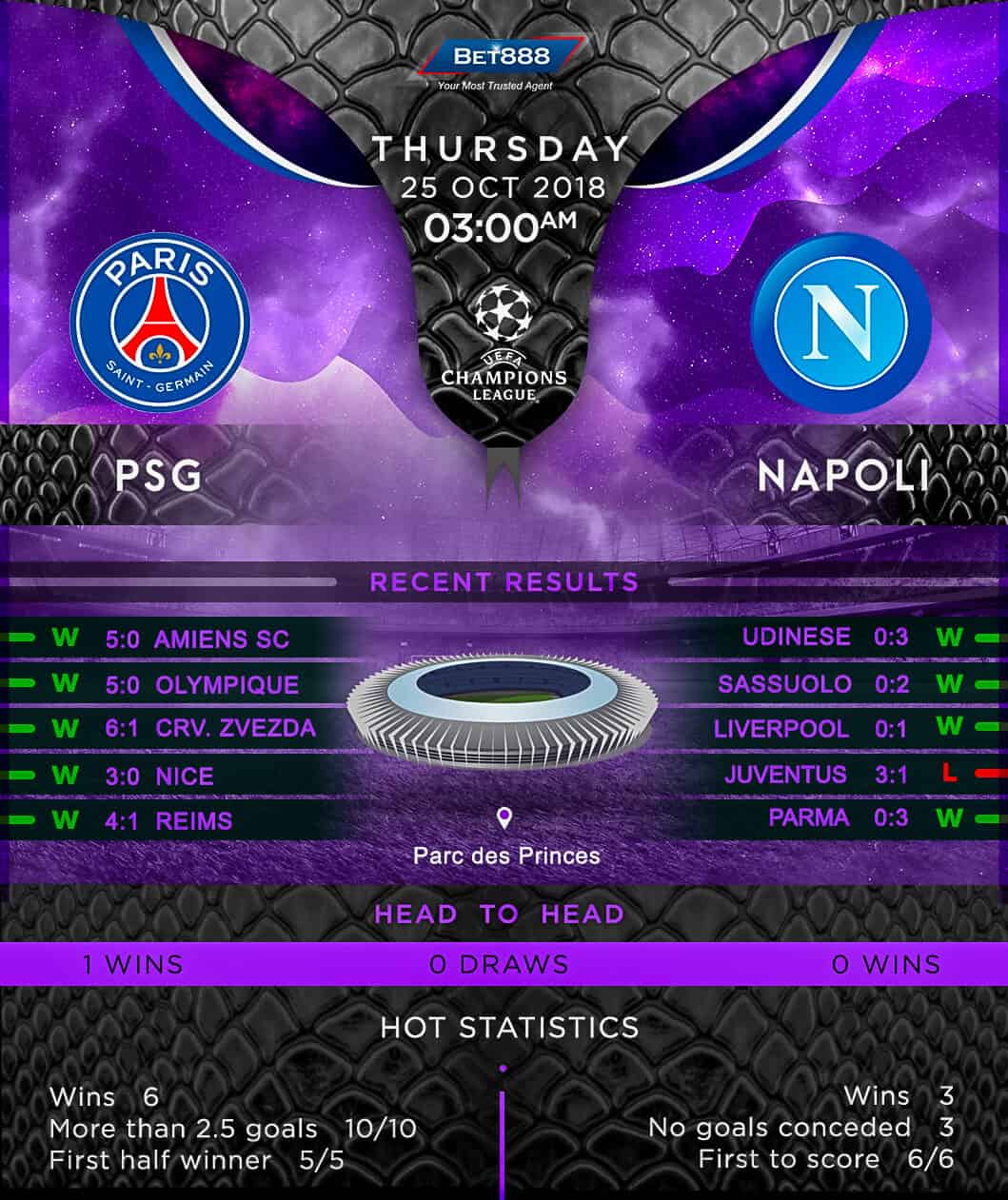