Wednesday’s kick-off at Parc des Princes sees Paris Saint-Germain go in search of a victory following back-to-back Champions League draws, as they take on Liverpool side who suffered a frustrating 2-0 loss to Red Star Belgrade last time out.

Thomas Tuchel and his players now head to Melwood having stretched their lossless run to 12 with a narrow 1-0 win over Toulouse last weekend. Although they were named among the top candidates to lift the Champions League trophy this season, the Parisians have failed to live up to expectations in their opening four European clashes. The reigning Ligue 1 champions have secured just one triumph in Group C so far, having hammered Red Star Belgrade by six goals to one in the French capital. However, PSG were held to two draws to Napoli, as they are yet to keep a clean sheet in Europe.

On the other hand, the Reds currently top their respective group with a record of two wins and two losses. After a promising start and a 3-2 win over PSG at home, Jurgen Klopp’s men have suffered two defeats on the road, losing to the Serbian side and Napoli, without scoring a single goal in the process. Meanwhile, the Merseysiders have secured a 4-0 victory over Red Star at home, which was the only time they have kept a clean sheet in the Champions League this campaign. But, the Premier League giants come into this clash with two successive EPL triumphs over Fulham and Watford in which they have managed to shield Alisson’s goal. 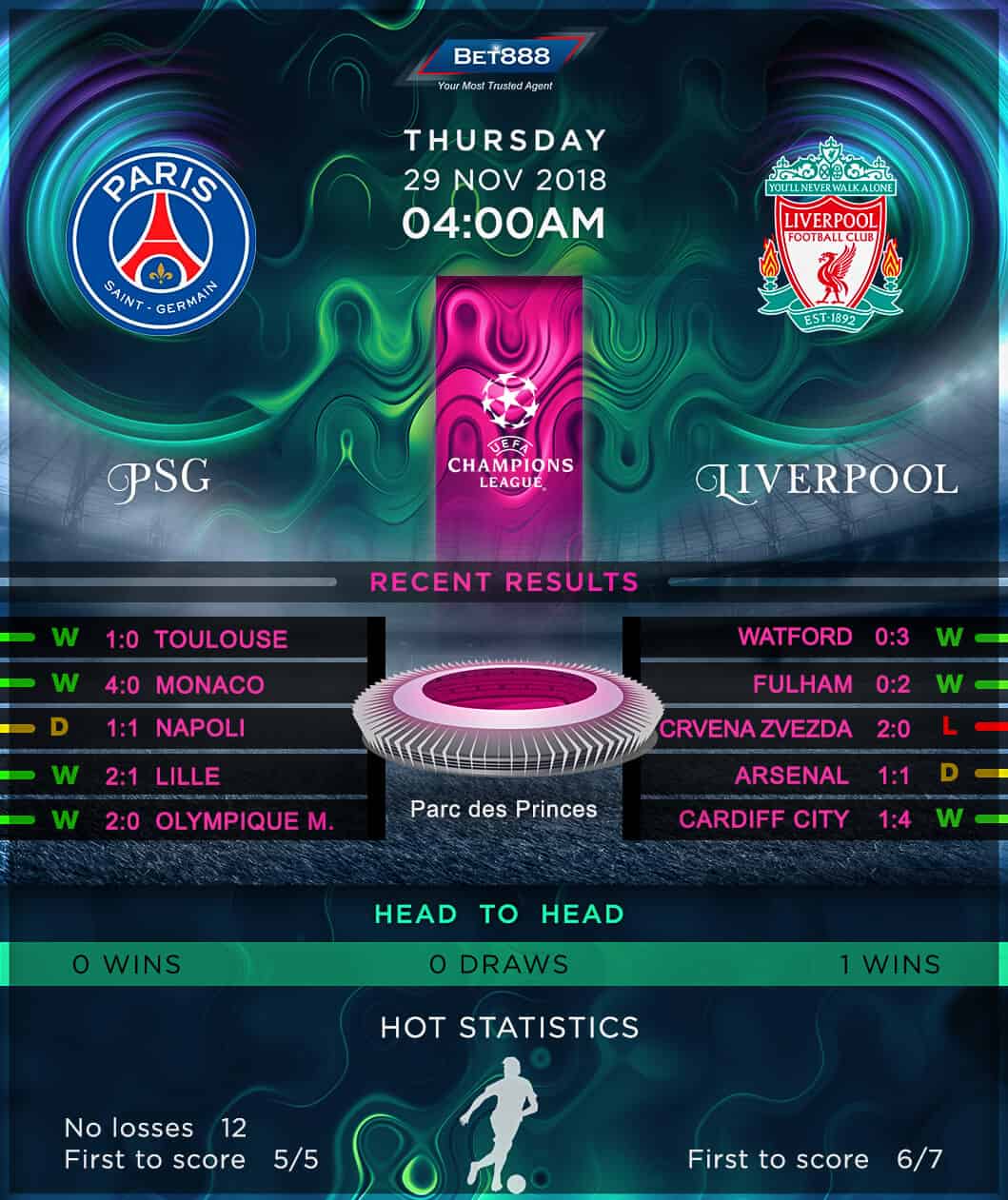