The Parisians are the only team in the French top flight to wrap up a maximum of 33 points after the opening 11 fixtures, as they currently top the table with an 8-point lead over their forthcoming opponents. The reigning French champions have notched staggering 39 goals in the league so far, which makes them by far the most devastating offensive squad in top five Europe leagues. Before last weekend’s 2-0 victory over Marseille on the road, PSG have scored at least three goals in the previous ten matches. With 24 goals scored in 6 home meetings, Thomas Tuchel’s side have the best goal scoring home record in France.

On the other hand, Les Dogues have won the previous 4 Ligue 1 games, including the one against Dijon on the road, as they reside in the 2nd place at the minute. Christophe Galtier’s team won eight league clashes so far, which makes them the second most successful French club behind PSG. With 20 goals marked, Lille have the third-best goal scoring record, having failed to score three times in eleven encounters. However, the visitors have managed to keep a clean sheet on one occasion in the past five away meetings although they’ve only allowed brace once in the process. 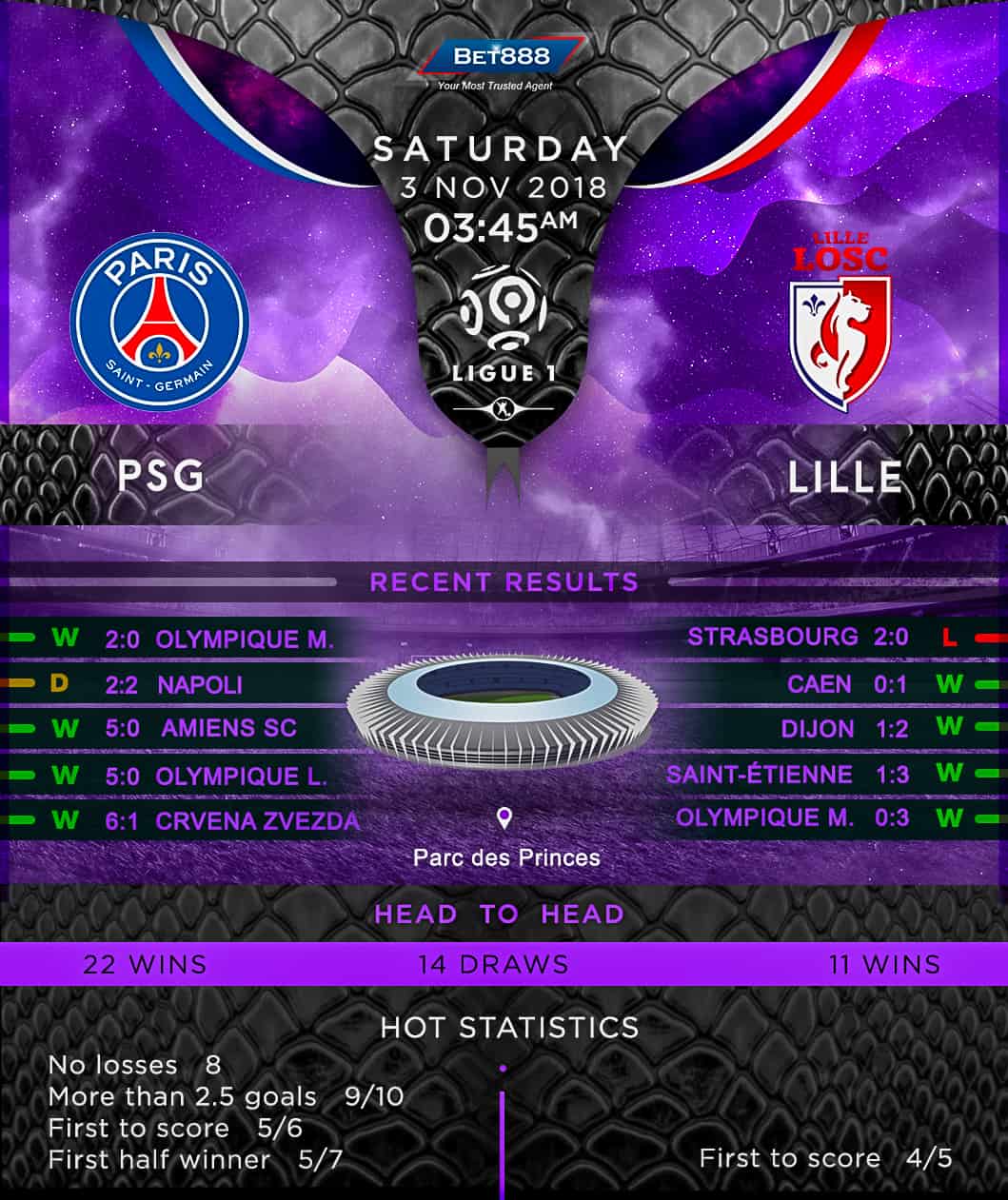