The defending Ligue 1 champions hope to retain the league title after the impressive last season, as Paris Saint-Germain prepare to host Caen at the Parcdes Princes in the first round of the new campaign. The Parisians are the principal candidates to lift the league title even this year, as they have by far the best and most expensive squad in France although they haven’t been as active as before on the transfer market. PSG’s preparation campaign started with a 1-0 win over Sainte-Genevieve after which they lost 4-2 to Chambly, but Thomas Tuchel was deprived for the services of his best players in those two matches, as well as, on the United States tour, where they lost 3-1 to Bayern Munich and 5-1 to Arsenal. However, the team raised after those failures, securing a 3-2 victory over Atletico Madrid, after which they wrapped up the first trophy under the new manager thanks to a stunning 4-0 win over Monaco in the French Super Cup. Meanwhile, Caen, who have had a reasonably turbulent last season where they barely avoided relegation, experienced a rough summer period, as they only pulled off one win out of five warm-up matches they have played.

Kylian Mbappe,who hasn’t been with the squad since the end of the last season due to his involvement in the World Cup with France should spearhead PSG’s attack alongside the likes of Neymar and Cavani. As for the visitors, Yacine Bammou, who arrived from Nantes earlier in the summer, might partner Enzo Crivelli in the final third. 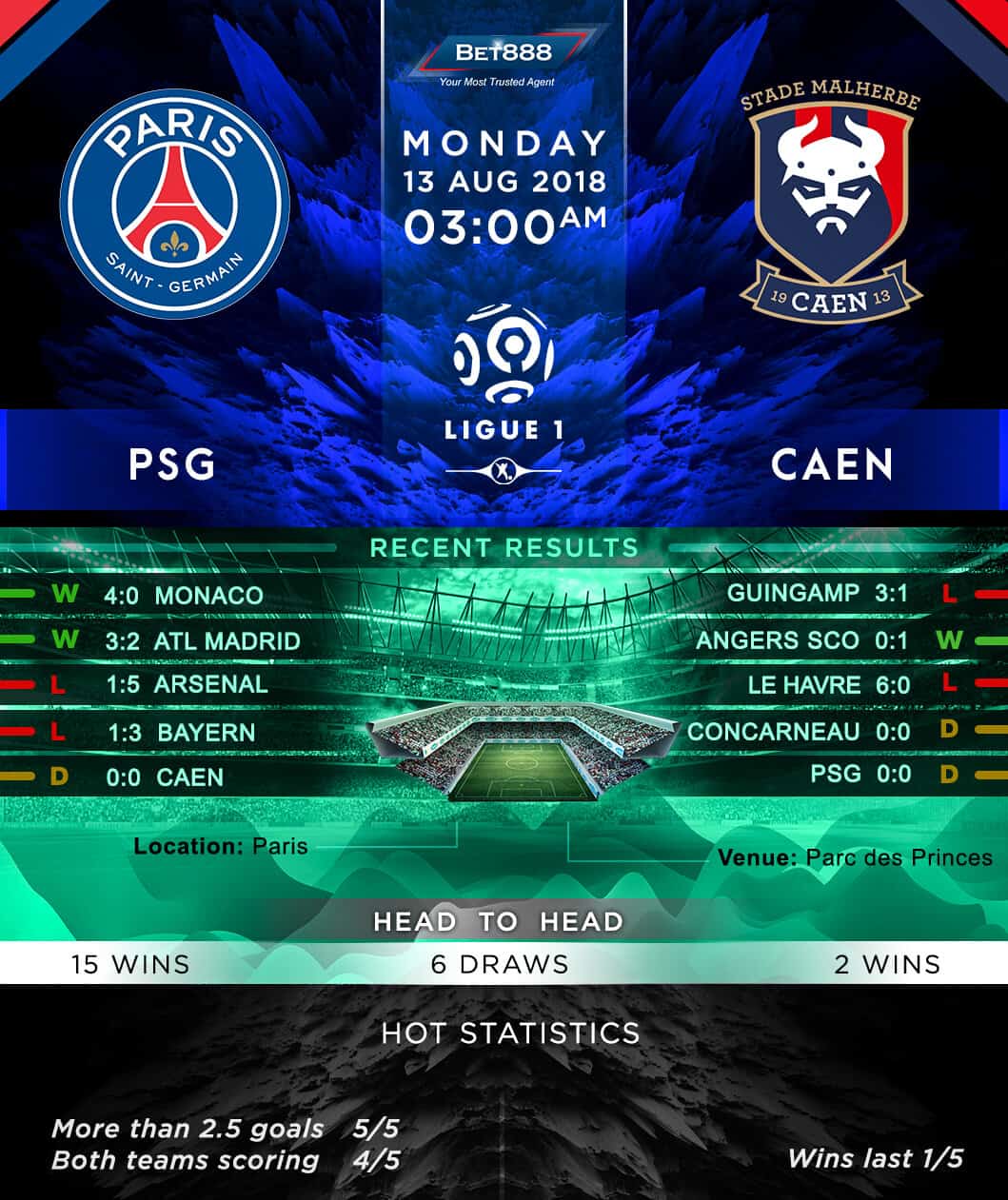