After a disastrous 5-1 defeat to Arsenal last weekend, Paris Sent-Germain will try to improve the impression against Atletico Madrid in a match that will take place at the National Stadium in Singapore which will also be their last in this summer’s Asian tour. Despite the fact that the French Ligue 1 is going to start in less than two weeks a majority of the Parisians’ first-team players are still out on vacation due to their commitments in the FIFA World Cup that ended earlier this month, which is why Ligue 1 champions suffered two heavy losses against two European giants, which was also their third in four games they have played this summer, as Bayern Munich also managed to pull off a convincing 3-1 defeat over Thomas Tuchel’s side. On the other hand, Los Colchoneros secured a victory after a penalty-shoot-out against the Gunners after the game ended in a 1-1 draw, and it was their only warm-up match so far, so it is yet to be
seen how Diego Simeone managed to prepare his players physically.

Although PSG will play without their biggest stars, Adrien Rabiot and Christopher Nkunku proved they are two youngsters that can have a bright future in the French club, as they are going to start from the first time like it was the case in the two previous encounters. As for Atletico Madrid, Luciano Vietto, who returned from an uninspiring loan spell in Valencia, might partner Kevin Gameiro in the final third after scoring a goal against Arsenal. 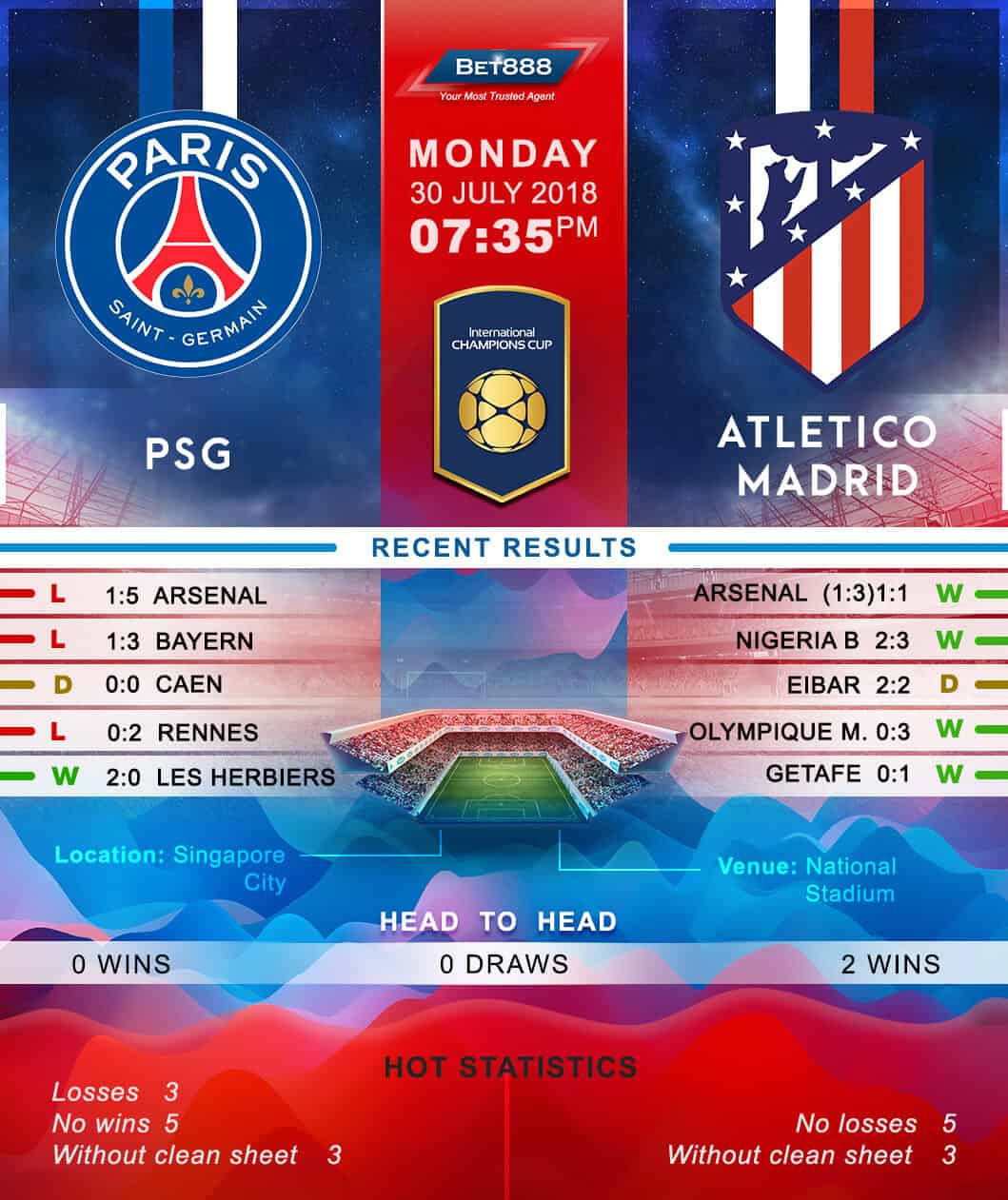