At the Toumba Stadium in Thessaloniki, last season’s Greek Superleague runners-up PAOK will host the Premier League giants Chelsea in the opening match of the Europa League Group L.

Razvan Lucescu’s side have already recorded a maximum of nine points in the domestic championship so far, beating Asteras, Panionios, and OFI Crete, scoring five goals and conceding just one in the process. However, the Greek outlet failed to qualify for the Champions League group stage following a disastrous 4-1 loss to Benfica at home in the return leg of the two-legged play-off tie. The Black and Whites have never faced Chelsea before, but they so far played four matches against English teams, without losing once.

Meanwhile, since the arrival of Mauricio Sarri, the Blues have regained self-confidence, as they now lead the English Premier League with all five victories in the opening five fixtures, including a 4-1 win over Cardiff City last weekend that saw that coming back from a goal down. On the road, the London side outplayed Huddersfield Town and Newcastle United, only conceding one goal in those two encounters, while they’ve defeated Arsenal and Bournemouth at home, as Sarri urges his players to keep up the same pace at the international scene.

According to the latest reports, both managers will have all of their players fit and ready for a midweek showdown. 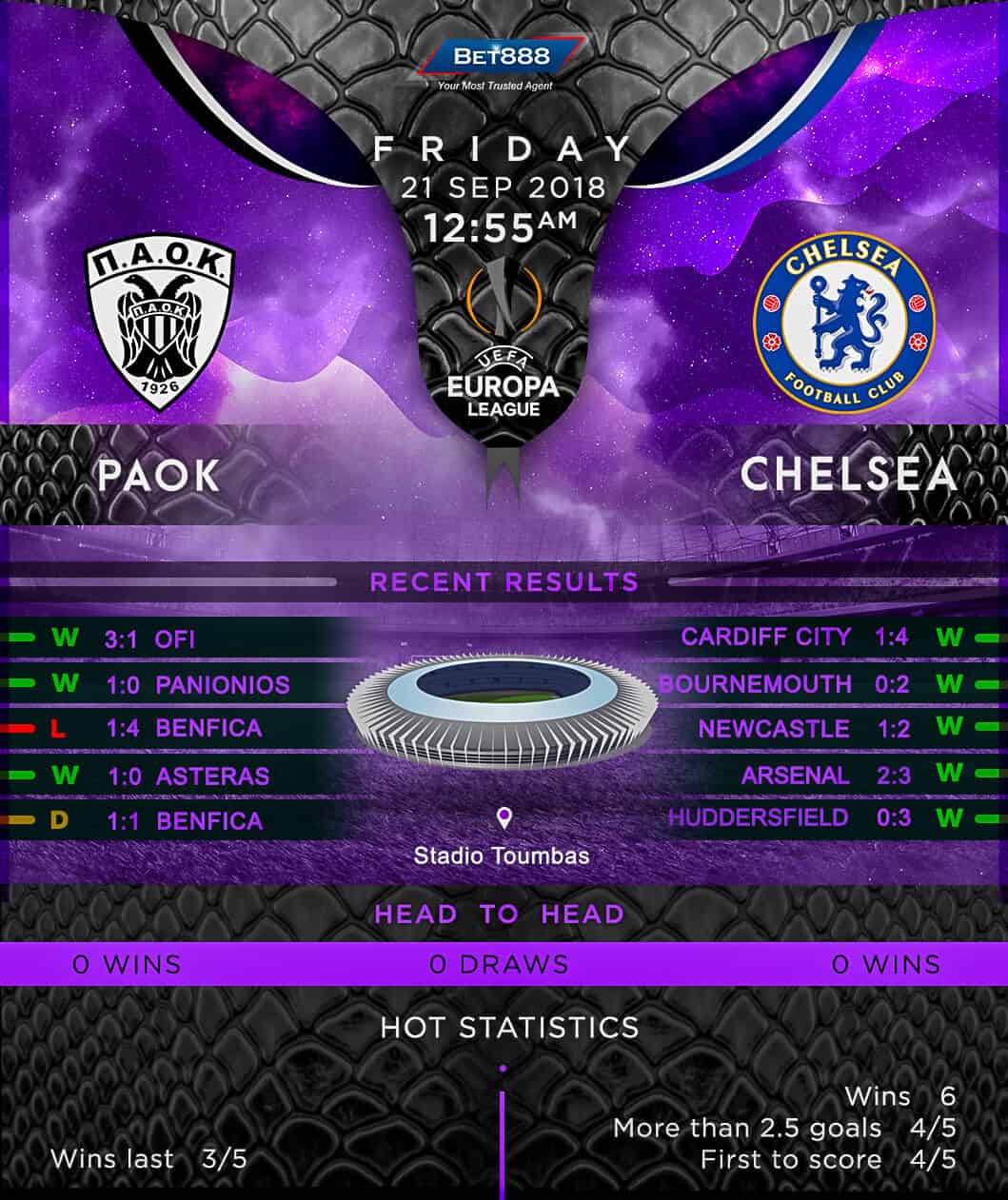